Back to the Future

If there is one car that will go down in history as an overlooked classic, it is surely Honda’s futuristic NSX of the 1990s. This high-tech Ferrari beater boasted aluminium bodywork, a windscreen design based on that of an F-16 jet fighter canopy, a bulletproof V6 engine and a chassis and suspension set up that was developed on the advice of none other than triple Formula One world champion Ayrton Senna.

Although almost 19,000 NSXs were sold around the world during its 15-year production run, it somehow failed to make it into the lexicon of supercar greats, despite being able to outpace its Italian rivals while demonstrating the reliability for which Japanese cars are renowned.

But now the original NSX is beginning to attract the attention of collectors – not least because a full nine years after it was first announced, a new generation NSX has finally made it to the production stage. And what a car it promises to be. 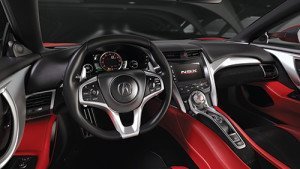 Unveiled at the Geneva motor show last year and set to start rolling off the line in the late summer, the new NSX arrives more than 25 years after the original – and serves as an object lesson in the march of technology because this 21st century version is brimming with it.

Developed mainly in the US (where it will also be built), the car combines a mid-mounted, twin-turbocharged V6 petrol engine augmented by no fewer than three electric motors driving all four wheels, two being mounted on the front axle, the other sitting at the back between the engine and a nine-speed, dual clutch gearbox. The T-shaped battery pack which powers them fits along the car’s central spine and behind the seats, ensuring the lowest possible centre of gravity and good balance for optimum handling.

There are four electrically-switchable driving modes which are operated from a dial between the seats and range from quiet (in which the NSX runs purely on electric power) through to sport, sport plus and track. The car’s swooping bodywork – which appears to combine elements of the Audi R8 and McLaren P1 – is made from a combination of steel, aluminium and moulded composite with a carbon fibre roof and floor. 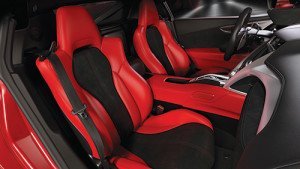 Honda is keen to point out, however, that for all the NSX’s high-tech gadgetry it is primarily intended as a sporting machine for those who still get a thrill from the feeling of being in control of a high-performance car, rather than simply piloting a highly automated vehicle that is designed to compensate for its drive’s mistakes.

What is perhaps most impressive about the NSX, however, is its projected price. Like the original car of the 1990s, it is intended to compete with premium sports cars from marques such as Ferrari and Lamborghini while remaining relatively affordable. And that means it will probably cost around $150,000 when the order books open this summer prior to the first deliveries at the end of the year.

Considering the level of development that has gone in to the car, not to mention the space age materials from which it is made and the technology that it carries, it seems impossible that Honda will make much of a profit unless it sells it in serious numbers. One thing seems certain, however – this time around, the NSX won’t have to wait long in order to achieve modern classic status.