Taking Their Q From Customers

James Bond’s car of choice is an Aston Martin, customised under its newly launched Q service to cater to drivers’ every whim

Daniel Craig might play the hero of the upcoming James Bond film Spectre but arguably one of the biggest stars will be the Aston Martin DB10, the silky, athletic-looking steed the director Sam Mendes described as “the first cast member”.

With its lithe contours and a plethora of gadgets, it recalls the DB5 driven by Sean Connery in Goldfinger and Thunderball – the archetypal Bond car. And its special production by Aston Martin is the zenith of the marque’s recently launched Q service, which offers bespoke automobiles with specifications ranging from as little as a custom paint and interior to a completely new body design.

As Mendes no doubt discovered, Q is not simply about picking off-the-shelf customisations but is instead a collaboration between customer and car maker, led by Aston Martin’s design director Marek Reichman.

“The really complicated designs are when we’re sitting together with a client and they are describing their personal Aston Martin as a shape and form and a spirit. In many ways, that is what we have done with DB10 for Bond,” he says.

“Sam’s initial idea, his first comment to me, was he would like the modern day DB5. Obviously I do not do retrospective design – I do something with the spirit of what DB5 stood for and the result was the DB10.”

Aston Martin has always been open to customisation, of course – a company that hand-assembles just 4,000 cars a year at its base in Gaydon, Warwickshire, in England, has the flexibility and skills on hand to be able to mix things up a little – but this is, says Reichman, the first time the service has been formalised. It already accounts for about 10 per cent of the factory’s production.

“We realised there are certain customers and clients who really want to have a bespoke service. We wanted to give those customers even more options and to say the limit of what we can do is your and our imaginations together. It really is anything the customer wants in that respect – although we work together so we follow our principles of design, taste, colour, all of the things that make us Aston Martin.” 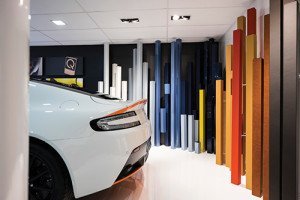 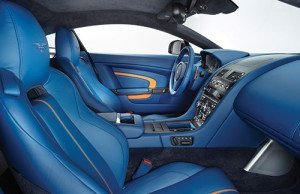 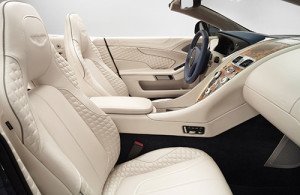 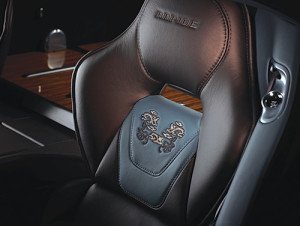 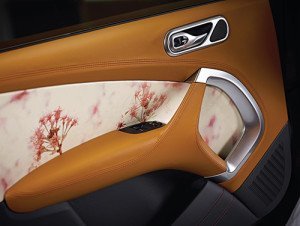 Yet even a team that has decades of design experience behind it can find itself surprised by the possibilities of a customer’s imagination. With cars so far created inspired by everything from a Ming dynasty bowl to a Jaeger-LeCoultre watch, there seem to be few limits to what can be achieved in creating a unique car – especially when customers tend to be that little bit more sophisticated than the drivers of some other flashier sports cars.

“These are real car enthusiasts, people who are passionate, successful, confident, self-driven people typically,” says Reichman. “I have just come from a meeting where we are speccing a car for a female Chinese customer and she wants something that is more than just colour and materials.

“She has this image in her head of a kind of incredibly modern Birkin bag in a unique colour and that is my inspiration: how do I translate that? What is a Birkin bag? Well it is very practical, it has beautiful leather, it’s got history. So how am I going to translate that in a modern way? I do not want to just look at a Birkin, pick a leather that’s the same colour and trim the car in it.”

With a dedicated interior designer, a colour and materials designer and artisans ranging from a former furniture designer-turned-leatherworker to the artists who carve each new body design from a giant block of clay before producing the final bodywork, this is the work of craftsmen as much as of a car factory and the experience of ordering is just as special.

Customers visit the factory in Gaydon where possible or Reichman’s team will fly out to meet them, carrying a travelling case of samples and images of previous projects. Six to 12 months later, the car is delivered.

The results reflect the fact this is as thrilling for the designers and makers as for the customers with every new car offering a new challenge for a factory staffed with car fanatics.

Customers, meanwhile, return time and again, particularly from the Middle East. Car owners in Qatar have commissioned more Q-spec Vanquish models than anywhere in the world and a fruitful relationship is building between the country and the car marque while the Lagonda Taraf was a Q project developed in the design studio as a 200-car edition specially for the UAE.

Yet however many Q cars someone can afford (and we are talking a minimum of about $313,000) their status as a reflection of a customer’s spirit and taste means they are anything but throwaway.

“I had a customer who picked the car up two weeks ago,” says Reichman. “He would normally renew his car every six months but he said: ‘With this one, I am keeping it forever because it is just for me.’ That is what happens when you have a Q-spec.”