Immigrants become the source for hope in the global fight against the outbreak of Covid-19.

Within less than a year, 1,626,172 people and counting, have lost their life after being infected by the novel Covid-19 virus, which swept through the globe, one country at a time. To date, over 74,000,000 cases have erupted, with no end in sight.

From border closures to enforced physical distances, the world still came together, united with the common goal to overcome the pandemic that crippled health systems, the economy, mobility, and mental health.

But behind lockdown measures and inspiring at-home social innovations, pioneering researchers from around the world were relentlessly at work to develop a vaccine against the pandemic that continues to take thousands of lives each day.

And behind those leading research companies, are Global Citizens. 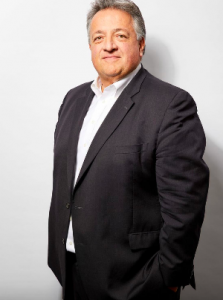 Noubar Afeyan, a Lebanese-born Armenian entrepreneur who left the country with his family during its civil war, is the founder and CEO of one of the world’s leading candidates for vaccine development; Moderna Therapeutics.

Moderna’s experimental COVID-19 vaccine went from a computer design in January to human study in just three months, making them the first U.S. company to reach that point. Since then, Moderna has kept up its record pace; with the final phase preparing to fully enroll before the end of the year, making the company’s effort one the best hopes for a vaccine by 2021.

Afeyan credits his background as an immigrant in his success and encourages others to realize the inherent value in the immigrant experience.

“I view innovation as just intellectual immigration,” he says. “When you leave the comforts of what you know, expose yourself to criticism, go to something that people don’t believe is possible, persist, persist, persist, until you make it habitable so that people come and tell you how obvious it was years later. That is what an immigrant does.”

Afeyan also invited people to “think of the immigrant mindset when they are doing these kinds of innovation, particularly cutting-edge innovation, and recognize that it is a strength that the kind of resilience, the adaptivity, all the things that we think are rarefied skills in an entrepreneur.” And he isn’t the only immigrant moving with unprecedented haste to develop a vaccine.

Amongst the most recent front runners are also Turkish-German scientists, Ugur Sahin and Ozlem Tureci, known for their groundbreaking research in the field of modified genetic code which has catapulted them into the public eye as the brains behind the world’s first effective coronavirus vaccine.

Dr. Sahin was born in Iskenderun on Turkey’s Mediterranean coast in 1965. He moved to Germany four years later when his father was recruited to work at a Ford factory near Cologne as part of a policy to rebuild postwar Germany with foreign labor. 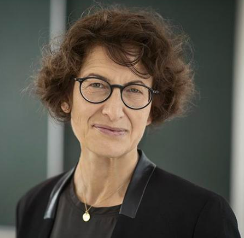 Dr. Türeci’s father, a surgeon, came to Germany around the same time to work at a Catholic hospital in the small town of Lastrup, where she grew up inspired by the nuns who tended to her father’s patients. After considering becoming a nun herself, she followed in her father’s footsteps.

Their company, BioNTech, located in central German, recently announced a partnership with US pharmaceutical giant Pfizer, after their candidate vaccine was more than 90% effective in preventing infection in volunteers with never-before-approved technology.

The BioNTech team, half of them women, includes scientists with 60 nationalities, including authorities in the mRNA field such as Katalin Kariko, a biochemistry professor at the University of Pennsylvania Medical School. 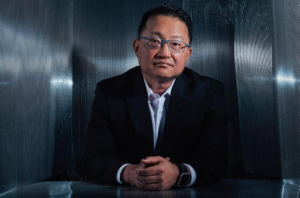 Others earlier on in the race to the COVID-19 vaccine included Inovio Pharmaceuticals Inc. led by Korean-born Philly entrepreneur, J. Joseph Kim. Inovio which released promising data in the beginning stages of vaccine development. His company, known for their discovery, development, and commercialization of synthetic DNA products for treating cancers and infectious diseases continues to play a significant role in the medical field.

In the face of such an epidemic, we have begun to realize what being a global citizen truly signifies. We understand that global challenges are not defined by borders, regions or nationalities and we share a social conscience to address and overcome them, together. What affects one person anywhere, affects everyone everywhere— and the power of human talent, knowledge and innovation is indiscriminate to race, culture, religion, or nationality.

The only way to win this war, is to fight it together, as global citizens.