Global Citizen catches an exclusive with the one of the NBA’s former megastars, Dikembe Mutombo, who has marked his presence as one of “Good Guys in Sports” both on and off the court. 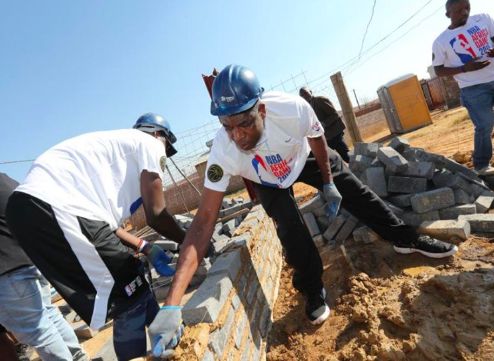 Known strongly for his humanitarian efforts, Dikembe Mutombo earned the NBA’s J. Walter Kennedy Citizenship Award and was elected as one of 20 winners of the President’s Service Awards— the nation’s highest honor for volunteer service.

Given his medical background, Mutombo was also awarded an honorary Doctor of Humane Letters by the State University of New York College at Cortland, an honorary doctorate by Georgetown University, as well an honorary doctorate from Haverford College. Given the overwhelming start to 2020, we’re delighted share a glimmer of hope with Dikembe’s inspiring story and learn more about his mission as a Global Citizen.

What were your dreams and ambitions at an early age and how do you think moving to the US influenced that?

I was born in Kinshasa in the Democratic Republic of Congo, and I knew back then my ambitions were to study medicine, become a doctor, and to help the people of my country back home. Moving to the USA on an academic scholarship allowed me to get a better education and a wonderful opportunity to play basketball for a Division 1 basketball team. Even though I had to learn a new language and adapt to a new culture, I am very fortunate for the experience. Getting an education shaped my future and gave me a better life.

What are your favorite aspects of each side of your nationalities as a Congolese American?

I love the diversity between Congolese and American food and music. They are so different, and I think having access to both cultures together keeps me balanced. 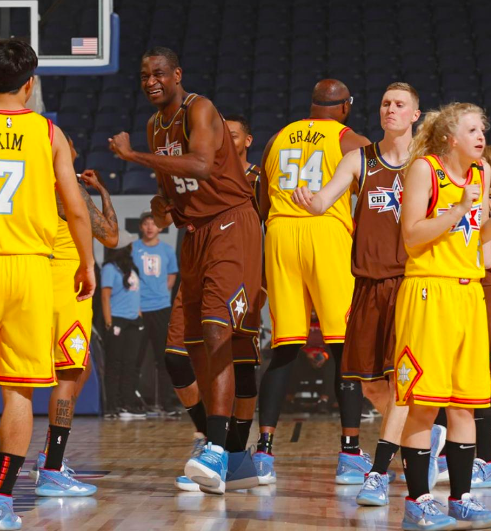 What were the necessary qualities and skills that helped you pursue such a successful career and what were the most defining moments of your career with the NBA?

I developed a strong work ethic and discipline throughout my NBA career and learned a lot playing basketball for coach John Thompson at Georgetown University. I have had many great moments, but I will always remember Denver 1994. My team, the Denver Nuggets were in 8th place and won against the Seattle Supersonics, the first-place team. It was a defining moment in my career.

In your experience as an active humanitarian; how can we- as a global society – build a brighter and safer world for the next generation?

I have always chosen to support causes that promote improving health, education and quality of life in under-served and low-resource communities.

I started on this humanitarian journey during the course of an 18-year successful career as a professional basketball player in the NBA. Although I played professional basketball, I never gave up on my goal to improve the health conditions of the people in my homeland, so back in 1997 I created the Dikembe Mutombo Foundation in Atlanta, Georgia. At that time, I decided to build a general hospital in Kinshasa, the capital of the country. This hospital would be the first new hospital in the DR Congo in over 40 years. So, I think you have to find your passion and find something you strongly believe in to be able to continue to push forward. If we all find a cause that motivates us to come back the next day and do it again, we can make a positive difference for the future.

Tell us about the Biamba Marie Mutombo Hospital – what inspired you to take on such an important project?

It took 10 years of intense work and numerous challenges, but finally, the Biamba Marie Mutombo Hospital was inaugurated in July 2007 and it opened its doors to patients in December 2007. The vision for the Biamba Marie Mutombo hospital has been to create a modern institution that would function according to international norms of excellence, and that would serve as a catalyst to train health care providers, do basic research and promote community well-being through outreach and broad collaborations. Now after 13 years of health services and treating over 500,000 patients we have evolved from concentrating on communicable diseases, to non-communicable diseases like diabetes, cardiovascular diseases and cancer.

Back in July 2016, we were fortunate enough to be introduced to Dr. Groesbeck Parham, a leading U.S. surgical oncologist in cervical cancer. Since his first medical mission to the Congo, approximately 20,000 Congolese women have been screened for cervical cancer at the Biamba Marie Mutombo hospital. During that same time, Dr. Parham along with his colleague, Dr. Michael Hicks performed 17 breakthrough radical hysterectomies at the hospital. This type of surgery is not widely available in the Congo for most women with advanced cervical cancer. 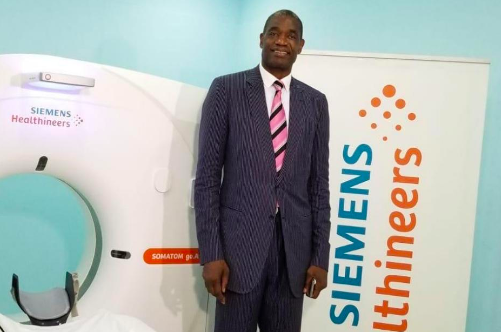 You have left a lasting mark within both DRC and the USA and you continue to serve the people of the world as a Global Citizen. What does this mean to you?

During a speech to the African Union in Addis Ababa, President Barack Obama said, “the single best indicator of whether a nation will succeed is how it treats its women. When women have health care and education, families are stronger, communities are more prosperous, and nations are more successful”. I believe that as a Global Citizen, I have a deep concern for the things that are happening globally and will continue to play a role in helping wherever and whenever I can.