The World Is In Our Hands

And so is our future.

“The climate emergency worsens every day. This crisis demands ambitious leadership. This is a race we can win” reads the World Is In Our Hands (WIIOH) campaign, featuring UN Environment Programme Goodwill Ambassador, Aidan Gallagher.

Aidan—who is equally an actor starring in Netflix’s highly rated series, The Umbrella Academy—is challenging his fans and followers to shift to a more plant-based diet. With nearly 3 million followers on Instagram, his voice was heard, and the WIIOH movement took off.

Co-founded by acclaimed Canadian photographer Justin Wu and celebrity philanthropy attorney Todd Krim, WIIOH not only utilizes the influence of the big-screen’s biggest names but displays a great example of what can be achieved through raising awareness, ambition, and action. Ever since its launch, more and more celebrities are joining its mission and sharing the campaign’s signature black-and-white portraits on social media, paired with a caption that reveals tangible daily actions they are taking to reduce their carbon footprints. Whether it’s traveling more sustainably, saving energy, or eating less meat—they encourage their followers to join the movement. 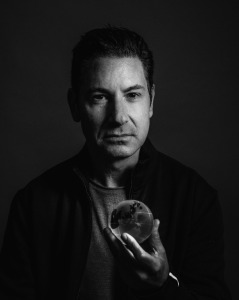 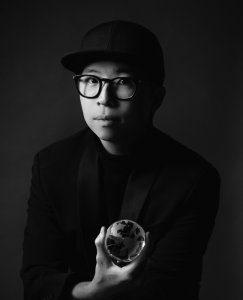 GC catches up with Justin and Todd, the drivers of the initiative, to learn more about their story, and how the campaign stormed the web within just few weeks.

Global Citizen (GC): Justin, you represent true global citizenship with a creative path that has allowed you to travel and live in all corners of the globe. How has this freedom inspired you in your work as a photographer and director?

Justin Wu (JW): It all starts with education and knowledge. I’ve been fortunate that my work has taken me all around the world, so I’ve been able to touch and experience different cultures. Seeing and learning from all corners motivated me to have a more global view and perspective in my work—it’s made me consider how art can be a motivator, commutator, and instigator for global positive change.

GC: You’ve directed campaigns with major brands including Dior, Chopard, L’Oreal, and Vogue, just to name a few. What has been your most memorable project to date?

JW: For different reasons, my most memorable project would have to be a short film that I directed and co-wrote, Le devoir. It was a personal story helped launch my narrative directing career and taught me the fundamentals of storytelling. Because of that experience, I’ve been able to adapt those learnings into necessary tools that help me today. Another one was co-founding a dramatic comedy series that breaks down celebrity stereotypes. It offered me the opportunity to work with a few living legends who helped hone my skills and enrich me; including Jeremy Irons, Willem Dafoe, Elijah Wood, amongst many others.

GC: Speaking of celebrities; Todd tell us how you went from Attorney Krim to Mr. Charity?

Todd Krim (TK): It happened slowly and naturally over a 10-year period. While I was still practicing law, I began to throw charity events on the side which kept getting bigger and bigger. Knowing Los Angeles and being in the heart of Hollywood I knew that having celebrities involved would help draw press and raise awareness for the cause. With each event, I would choose a different charity to support, a different celebrity to host and invite other celebrities to attend. Eventually I began to get contacted by non-profits just asking for help getting celebrities to support their cause. I don’t remember who first called me Mr. Charity, but it started to catch-on quick and before I knew it, that’s what everyone was calling me!

GC: Its interesting how you both come from very different worlds, as an artist and an attorney, but have joined to launch such a powerful campaign. What sparked the idea behind WIIOH?

JW: It was over a coffee catch-up. Todd and I met over our mutual interest in solving the climate crisis. After a few hours, we brainstormed a simple way to communicate and educate the public using the power of celebrities. Coming from Hollywood, we both understood the power of their voices, their reach, and their desire to help. Combining my skill set as a photographer and storyteller, with Todd’s network and outreach, WIIOH was born.

GC: What was the vision at the earlier stages of the WIIOH campaign?

TK: The vision was exactly as it turned out to be – an opportunity for well-known celebrities to bring awareness to climate change and educate the public on immediate and tangible steps they can take to combat climate change. It has since expanded to include policy makers, business leaders and heads of state.

GC: How do you foresee its evolution?

JW: Although it started as social media awareness campaign, I see WIIOH blossoming into a full-fledge organization. Its mission is to become a cultural focal point to bring awareness to the world’s critical issues including climate change, migration, inequality, and so much more. We imagine a democratic platform where content creators and viewers from around the world can come to us to learn and educate themselves in a new fun, fresh, and engaging way.

GC: In what way does WIIOH compliment, or challenge the current non-profit world?

TK: I think it mostly compliments the non-profit world because it inspires people to “take action” and do something about the climate crisis. Our hope is that it drives the public to support non-profits who are doing important work like planting trees, combating plastic pollution, conducting scientific research, and more.

GC: In the social eye; there seems to be a fine line between ingenuity and generosity when it comes to involving celebrities in non-profit campaigns or projects. How does WIIOH choose who they work with and why?

TK: When we started WIIOH we primarily focused on celebrities like Alec Baldwin and Rainn Wilson who are outspoken climate activists but we’ve since opened it up to all celebrities and influencers who care about the climate crisis and want to use their platform to educate the public on things we can all do now to save the planet. As the name of the campaign states, “the world is in our hands.” 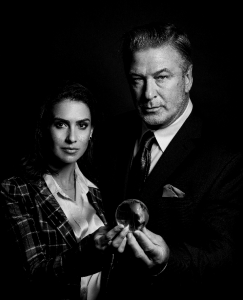 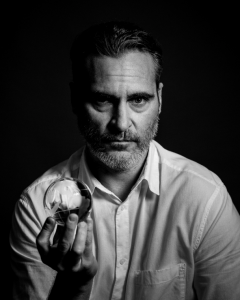 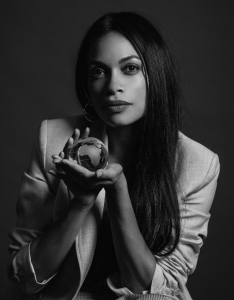 The WORDS in Justin Wu’s hands— help us fill in the blanks:

If the world were in my hands; I’d make sure that; everyone is given an equal opportunity, and everyone respects the importance of protecting this planet.

I would never want the world to be in the hands of someone who; exploits the finite resources of this planet for profit without considering how it can be replenished sustainably.

We all have the power to; use our voice and our choices to take action and help the world be a better place.

Being a Global Citizen means; being considerate of our neighbours here and abroad. And truly understanding how we are one species living on the same planet.