The Voss Foundation aims to provide water and sanitation to deprived African villages but its association with luxury can be problematic.

With its designer glass bottle and sky high prices, you might not associate Voss Water with sanitation and hygiene projects in Third World countries.

But the luxury water brand is linked by more than just a name to the Voss Foundation, launched in 2008 to source water in deprived, poverty-stricken regions.

The foundation prides itself on seeing its projects through to their conclusion, a mantra it says is essential for philanthropy to succeed.

The organisation has just heard back from its very first project set up the year it was founded, a hand-dug water well with a solar pump in Latakwen, in the Samburu region of Kenya.

Since then, children in the area have stopped having back problems because they are not carrying heavy pails of water, the school has doubled in size and a cholera outbreak has been beaten.

Over the past five years, the foundation, which is in part financed by the water brand Voss, has had seven reports from Latakwen and returned to the site twice.

Such a commitment is “one of the things that makes us stand out”, says Kara Gerson, executive director of the Voss Foundation’s New York office.

Over lunch in a Manhattan restaurant, she tells me that to date the organisation has raised $2.3million and set up 69 clean water access points ad well as 159 sanitation field sites in six countries in Sub-Saharan Africa.

That might sound like a relatively small number but Gerson says the foundation has turned down “so many partners and so many opportunities because we have such high standards.”

In the beginning, they were burned by what she describes as “major charities” – she will not divulge which ones – who were more interested in large numbers of wells than sustainability.

Now the organisation carries out careful checks before partnering with organisations such as A Glimmer of Hope in Ethiopia or Face Africa to raise the $70,000 or so that each project costs.

The Voss Foundation has realised that anywhere between 40 to 80 per cent of wells fail in four to five years and has gone back to a “great number of them” to do repairs, Gerson says.

Follow-ups do not just include statistics but video interviews, written reports and texts showing what is happening on the ground day by day.

The aim is to give people the boost they need to help themselves, such as when the foundation built wells for female artisans and enabled them to sell woven baskets and face masks through the Voss African bazaar.

Gerson says: “Our mission is not just about clean water and dirty water. We use access to clean water, hygiene and sanitation as a means to enable community driven development.

“It is what we call the ripple effect of clean water so it is not a single issue. We view it as the foundation to all these other vital development goals, which are not as achievable without these basic needs.”

It was on a trip to Africa in 2008 that Knut Brundtland, the former chief executive of Norway-based Voss, came up with the idea of the Voss Foundation, after being appalled to see women and children lugging water for miles just so they could survive.

Now the foundation has three full-time staff in its New York office, two in its Oslo office and a number of interns and volunteers.

Donors are mostly Europeans and Americans or corporations and managing their expectations is one of the challenges the foundation faces, Gerson says.

“Someone will say we really want to do this and you have to explain to them this is not the appropriate technology for this community.

“Donors have their own reasons and they’re totally valid but it’s sometimes hard to match it with what the community needs and that is another place where we play a really important role – representing the community’s needs.”

Another issue the Voss Foundation faces is its relationship to Voss Water, which was set up in 2000 by Norwegians Ole Christian Sandberg and Christopher Harlem.

The water firm hired Neil Kraft, a former creative director for Calvin Klein, to make a glass bottle inspired by the perfume industry and to create a “new way to think about water, beyond refreshing to beautiful”.

The bottlers feel they are up against the wall, combating a lot of negative press about their carbon footprint and water privatisation

Voss’s brand strategy was initially limited distribution at upscale establishments like five-star hotels and exclusive restaurants, where it cost up to $64 for a 12oz bottle.

Celebrity fans followed from Madonna to Gwyneth Paltrow while Beyonce and Jay-Z have been spotted sipping on the drink.

Such branding presents something of a paradox: for all the good work of the foundation, being tied to one of the most exclusive and expensive water brands in the world is problematic – for potential donors as well as consumers.

Author Elizabeth Royte, who has written about the bottled water industry, said she was sceptical of what she thought could be a case of “greenwashing”, or using green policies as a public relations exercise.

“I think the bottlers feel they are up against the wall, combating a lot of negative press about their carbon footprint and water privatisation,” she says.

“Voss is still producing a largely unnecessary product at great cost to the environment and perpetuating the notion that drinking branded and pricey bottled water imported from far away is glamorous or chic.” Voss Water would not disclose revenues, profits or sales figures, citing the fact it is a private company.

It would also not disclose how much it donates each year to the Voss Foundation.

In 2011 however, the total amount the foundation got in contributions from all sources, including Voss Water, was just $80,000.

That same year Voss Water announced it had received $18 million in funding from private equity companies Juggernaut Capital Partners, LP and Centra Capital AS and embarked on a huge advertising push.

Ken Glibert, Voss Water’s chief marketing officer, says the company does not link its donations to the Voss Foundation to sales because it wants to make its giving unconditional.

He says: “I sleep well and I know there’s going to be criticism but I know what we do and what we do is something important that I am quite proud of.”

In the coming months, the Voss Foundation has plans to bring its Women Helping Women event to Dubai, having already proven a hit in cities like New York and San Francisco. The upmarket luncheon aims to fundraise for clean water and sanitation for African women and their communities.

Gerson explains the appeal of the Middle East is that it has a network of potential donors – and many women who will want to hear their message. 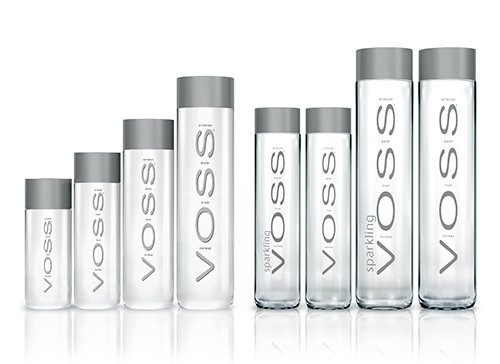