Separating the Wood from the Trees

Johan Eliasch is a man with many hats. A former Conservative Party deputy treasurer and advisor to Gordon Brown when he served as British Prime Minister, he is also chairman and chief executive of the Head NV sporting goods empire, a banker, film producer and professional skier.

Not that Swedish-born Eliasch wants to talk about those things in our interview. His focus instead is his preoccupation with the rainforest: how we can save it and why we must.

“The rainforest is fundamental to our existence on the planet,” says Eliasch. “Rainforests are the lungs of the earth.”

Little wonder Eliasch is upset. Not only do rainforests generate oxygen and manufacture a fifth of the world’s water, they also act as a carbon store and are a vault of biodiversity, containing around six million species. Yet an estimated 50 million acres of rainforest, an area the size of Britain, are cut down every year.

The burning and destruction of the timber emits more carbon dioxide than the total annual emissions of the United States and more CO2 emissions than the entire global transport sector. 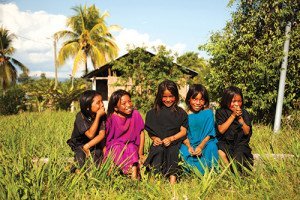 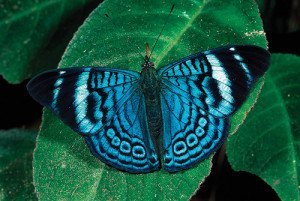 So upset was Eliasch that nine years ago, he bought a logging concession in Brazil and closed it in a deal costing a reputed $13.5 million. In doing so, he saved about 400,000 acres from deforestation. His reasoning was simple: “I felt very strongly that the rainforest needed protecting and the only way of doing this was through making the standing tree more valuable than the cut down tree.”

The forest was returned to local communities, whose members were employed as rangers and got full access again to the forest’s natural resources.

But not all were convinced by the purchase. “The Amazon is ours. It is not for sale,” said Luiz Inacio Lula da Silva, who was then the Brazilian president. Others accused Eliasch of green colonialism. 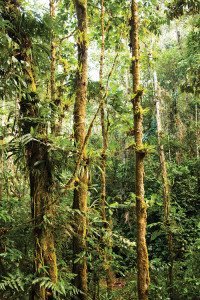 Back in London, British MP Frank Field read about Eliasch’s purchase and was inspired. He realised although few people could make a contribution as big as Eliasch, there were probably millions who would like to make a smaller contribution to safeguard the rainforest. He emailed Eliasch with a plan to set up an umbrella organisation to channel the money of ordinary people to buy far larger plots. And so Cool Earth was born.

But sensitive to accusations of green imperialism and recognising that “foreign ownership of the rainforest is highly contentious,” Eliasch and Field refined the model. Cool Earth would not buy land but sponsor it. The land would be held in trust with indigenous people who would farm the forest for its natural produce.

Cool Earth’s efforts did not end there. Its members worked closely with non-government organisations and local governments to create schools, health services and local co-operatives, offering local people an alternative to offers of quick cash from loggers. For Eliasch, the solution to saving the rainforest has always been straightforward. Create a situation where the standing tree has more value than the cut-down tree and you’ll prevent deforestation.

Since its inception in 2007, Cool Earth has recruited more than 22,000 global supporters and has protected more than 356,000 acres of the rainforest in Brazil, Peru and Ecuador. And the charity has been savvy in terms of choosing to sponsor not interior tracts but huge swathes on the borders, slowly forming a shield to make neighbouring forest inaccessible to loggers. Eliasch thinks a further 3.4 million acres of forest have been saved in this way.

Supporters of Cool Earth include an impeccable line-up of scientists, politicians and business leaders. Sir Nicholas Stern, the economist and author of the Stern Report on climate change, is a board member, together with William Cohen, a former US Defence Secretary, and Mark Ellingham, founder of Rough Guides, the travel publisher. Rock stars, celebrities and writers are also among its supporters, from Ian Hislop and Ricky Gervais to Jarvis Cocker, Pamela Anderson, and Philip Pullman. Dame Vivienne Westwood, the iconic British fashion designer, designs T-shirts for the organisation and in 2011 pledged $1.7 million to the charity.

One senses that Eliasch, this man of many hats, feels of all the things he does and the parts he plays, saving the rainforest is by far the most important.