Not Just A Number

With the conflict in Syria escalating day by day, the UN estimates the number of Syrian refugees – the vast majority of whom are children – is expected to hit three million over the next few months. But for Muna Harib, the 37-year-old founder of Breathing Numbers, statistics are a cold, mathematical measure of war. She wants to tell the living stories of the Syrians forced to flee their country – the stories behind the numbers.

Breathing Numbers was born in May last year while Harib was watching the news in her living room. She had reached the point, she explains, where she had almost become desensitised to the war until, one evening, she heard 100,000 Syrians had been killed. “It was like a reality check and I felt like I had lost my humanity,” says Emirati Harib, who says her calling came from God. “One thing I could do was to change the way people think of those numbers and bring life to them.”

She travelled to the Zaatari refugee camp in northern Jordan, armed with just her backpack and camera with the sole aim of making a documentary. She had little inkling her idea would evolve into something much more. Using social media as a way of making contacts and finding a way into the camps, she met Mahmoud Sadaka, a Palestinian refugee, and began to film stories of the children and families she met. But what started as the intention to make a simple documentary escalated into what she describes as a full-blown humanitarian act. 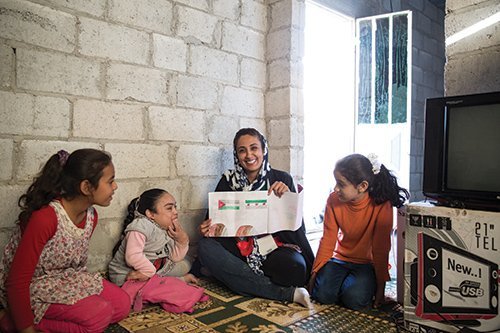 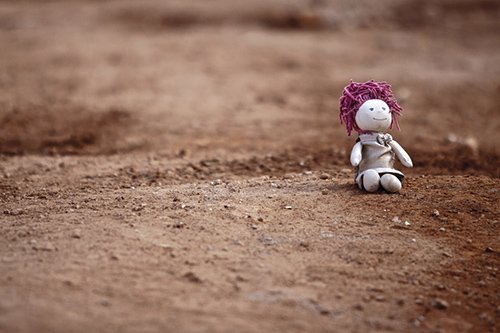 Harib, who also heads the global communications team at Taqa, Abu Dhabi National Energy Company, began to focus on medical cases in particular, work which continues to this day. Through partnerships with doctors and hospitals, Harib helps match artificial legs to those who have lost limbs in the war. She has also struck a deal with a local doctor who carries out free eye operations and provides glasses to children while the Italian Hospital in Amman has an account into which donors can pay money to fund operations.

While Breathing Numbers has not yet been registered as a charity, Harib hopes that could be in place by the end of the year. However, the initiative is due to be brought under the umbrella of a major organisation in the near future, which she will not yet name, to give further support and help ramp up the work that needs to get done.

Today, there are 52 volunteers in Dubai and Jordan with some high-profile supporters in the UAE. Since its inception, Breathing Numbers has delivered 1,300 blankets, 200 heaters and 265 caravans to Zaatari. Harib’s next project is an ambitious one: she plans to replace all the tents in the refugee camps with caravans. In the freezing Jordanian winters, many refugees struggle to keep warm and having a caravan rather than a tent, which can flood, is a more humane option.

The challenge she faces is that one caravan costs around Dh8,625 ($2,348) to buy during the winter. She is optimistic costs will come down this summer, when she hopes to deliver the next batch. Beyond this year, the future is unknown. Harib does not believe in long-term planning, preferring to work on a day-to-day basis: “I started this because my heart told me to do something. What’s next, I have no idea.

The biggest thing about Breathing Numbers is to encourage action. Direct help from us can only do this much. We need collaboration. If humanitarian efforts can help save lives, that’s all I can hope for

The power of collaboration can be seen through her partnership with GlamOnYou, a luxury fashion house in Dubai, to develop the Amal project. Named after a young Jordanian girl who lost all her hair from fear, the project’s mascot is a flame-haired doll crafted as a beacon of hope. The aim of the initiative is to buy four caravans, paint them and fill them with books, colouring pencils, paints, toys and games so children in the camps have a sanctuary.

There are no signs of slowing down with the rest of the year promising to be just as busy. Harib also hopes to establish a children’s centre offering therapy and psychological help to children with trauma and special needs.