Where should the world’s millionaires donate their money? Hint: It isn’t in vain scholarship funds in western universities.

In terms of philanthropy, it’s too soon to evaluate the year just gone, but we can look at figures from the previous year as a benchmark. In 2015, over $56 billion was donated in Europe, the US, the Gulf and the UK in increments of over $1m, according to Coutts, the private bank and wealth management firm who released their annual million-dollar donor report at the end of the year that looked into all of the $1 million+ gifts. This consisted of 2,197 individual donations. More than half of this came from a single $32 billion donation from HRH Prince Al-Waleed bin Talal of Saudi Arabia, in order to launch Alwaleed Philanthropies.

Excluding the prince’s extraordinary donation, the amount donated in 2015 was consistent with 2014 when $24.5 billion was given in $1 million+ gifts. So where can the money be spent to maximise social benefits to the masses? Turns out there are plenty of such avenues.

It can begin by using the money to address climate change where we need clean energy and investment in efficiencies within agriculture and farming. We need to find models and markets through which the world’s poorest can either create their own jobs in the informal economies, improve the outputs of their existing work in agriculture or find paths to stable employment. This will have an impact on health, education and indeed preservation of the species that live alongside these communities.

We need to support the refugee families in crisis today, and we need to transform the way we think about education with regard to its links to meaningful employment and relevant local economies. We need to invest in creating stronger societies and help find a way for a smart-phone-addicted generation to become more physically active unless the West wants ‘sitting’ to become the new ‘smoking’. 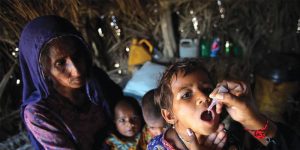 In each of these fields, there are incredible charities, research institutes, think tanks and social entrepreneurs working to create transformation. And yet this is not where the world’s wealthiest are investing their philanthropy. Instead they are investing it in scholarship funds and vanity projects at their old universities.

Of the money that went directly to ‘doing good’ (as opposed to foundations for later distribution), more than half went to higher education institutions. Education excluding university (as in, the education that all people get as opposed to a disproportionately privileged minority) got less than a billion in donations while higher education got more than ten times that amount.

Only around $200 million was donated into the ‘international’ category, which covers development in the world’s poorest countries; and the issue of climate change and environmental preservation received only $450 million.

Some of the money going into the university sector will pay for research into the causes that affect people beyond that sector and of course giving a scholarship to an individual is no bad thing. However, the complete lack of correlation between the challenges of our time and the activities of those we would hope to rely on to rise to those challenges should be a cause for real frustration.

Philanthropy is independent, it is long term and it is unaccountable. It should be a shining light for transformation, innovation and bravery rather than the conservatism of scholarships. We need the world’s richest to stand up and move beyond their old universities and into the real world if they want to leave it in a better place than how they found it.

Jake Hayman is the founding CEO of Ten Years’ Time. He co-founded the firm, following years working in New York with the foundation arm of the social-purpose business Peaceworks. Jake speaks regularly on panels and at conferences on the future of philanthropy and the need for more innovative grant-making.