Achic and elegant Anna Zegna greets me in the lobby bar of the Beverly Wilshire Hotel just off Rodeo Drive.

Just a few hours earlier, she had been sipping champagne with a host of Hollywood’s stars, including Gerard Butler, Edward Norton and Jeremy Renner, alongside Zegna’s new head of design Stefano Pilati and Peter Marino, the architect who dreamed up Zegna’s newly opened flagship store in downtown Los Angeles.

As well as toasting the new store, Anna and her brother Gildo, the chief executive of the company, used the glamorous event to unveil the brand’s new couture line created by Pilati exclusively for the Beverley Hills store. 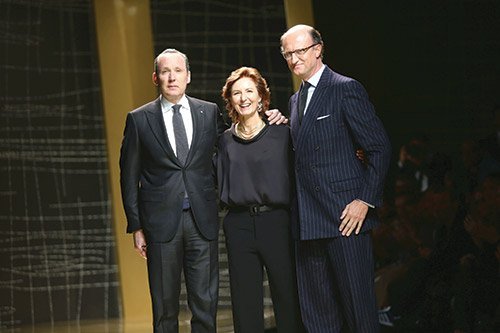 Although now in his second season at Zegna, Pilati’s arrival in September 2012 caused a stir, because until then the design of the luxury brand had always remained in the hands of the family. Even though Pilati was renowned for having skilfully succeeded at Yves Saint Laurent after Tom Ford’s departure, his collaboration with such a traditional fashion institution was surprising.

“Stefano’s arrival represents an important step in Zegna’s history,” says Anna. “He is not just any stylist. He has experience and respects our heritage, our craftsmanship and our history. Stefano interprets the Zegna language in his own way. He does not take anything away from us, he just adds relevant skills. But really it is an evolution more than a revolution.”

So how has the sartorial Italian dynasty adapted to one of fashion’s most well-known troublemakers?

“He coerced us in a good way,” says Anna. “Zegna is a very integrated company and he knows how to use our assets, like our know-how on raw material and fabrics. He stimulates us and brings his own ideas as well.” 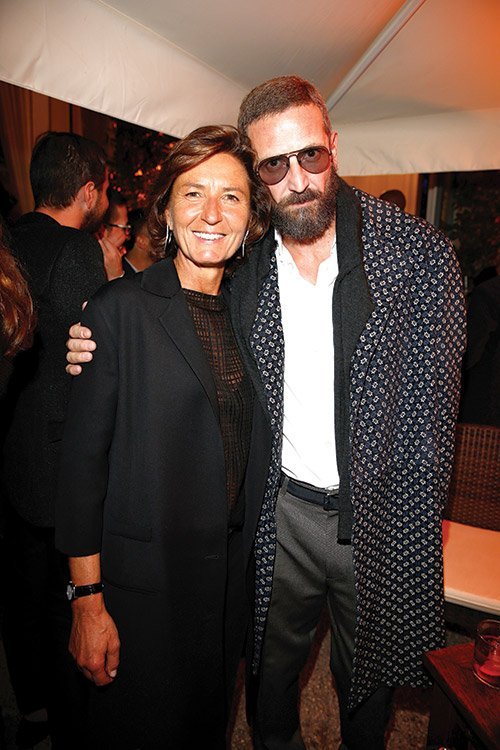 By appointing Pilati as head of design, Anna, Gildo and the company chairman Paolo Zegna, another of Ermenegildo’s grandchildren, accepted the idea of transforming the 114-year-old brand into an exclusive collection. The new couture line allows them to emphasise the creativity and the innovation of the brand, putting them in a much stronger position.

Zegna has always pioneered, far beyond its reputation as a master tailor with annual revenues of more than $1.6 billion, but as much as it is an important global brand, it has only recently appeared on the fashion scene.

With a ready-to-wear Zegna suit ranging from from $3,000 to $5,400 and the elite Vellus Aureum collection costing upward of $27,000, the men’s fashion market is still the most important for the group, despite Pilanti’s focus on Agnona, the group’s female range.

“Socially, there has been an awakening of men in fashion. The interest of the media has changed the way men buy clothes,” says Anna.

She is also optimistic about the brand’s future gaining momentum, with new customers in China, the Middle East and South America adopting old favourites like the occidental suit. But at the same time the fashion demands of men in Europe and the US are increasing.

The fact men are also more interested in knowing about the fabrics and materials of their suit or shirt is key to Zegna’s success. “There are very few brands which have accompanied men so well in the past 100 years with so much diversity. It proves that fashion is not always ephemeral. Zegna has already crossed four generations and conquered new markets.”

The company’s history, of which they are justly proud of, started in 1910 in Trivero, a small and remote village in the Italian Alps an hour’s drive from Milan. It still shapes the brand today. Anna’s grandfather Ermenegildo Zegna built a fabric factory and quickly acquired a reputation for the quality of his production and his woollen suits with the finest tailoring.

At the end of the 1930s, his wool mills already employed more than 1,000 workers. This enabled the founder to expand into America in 1938. He started with New York and its famous Italian tailors, to which he extolled the virtues of his fabrics, handmade after 260 stages of production.

When Ermenegildo died in 1966, his sons Aldo and Angelo took over the business and launched ready-to-wear lines. They multiplied the number of factories in Italy, Spain, Switzerland, Turkey and Mexico but Zegna remained faithful to Trivero. “This place sums up the history of our family,” says Anna.

In 1980 the first Zegna shop opened in Paris. Since then, more than 560 outlets have been developed worldwide. “If we export to the whole world – and we have been present in China for the past 25 years – it’s because since the 1930s, our fabrics were sold in the US.

“We owe this to my grandfather, who was a visionary. We inherited his spirit. Nevertheless, in a very fast pace changing world, we continue to do things at our rhythm. Maybe this is our secret,” says Anna.

The Zegna charitable foundation that Anna runs carries on this community spirit but in a more organised fashion. The charity oversees projects in India, China and Africa, funding teams of doctors, schools or offering community help.

“We help schools with art [projects] for children and invite artists to create public pieces of art that people will be able to see, touch and be a part of,” says Anna.

The Zegna dynasty hosts two major exhibitions every year, which are open to the public and has one goal in mind – to “improve the quality of life where people live, when you can.”

“I have always been fascinated by Albert Camus and what he wrote about human dignity,” says Anna. “There are common values to all human beings.”

Her grandfather would, no doubt, have been proud.