A Man for All Presidents

In an exclusive interview, GC sits down with Jacques Attali, the president and founder of the global microfinancing aid organisation PlaNet Finance

It is just days into 2015 and Jacques Attali is already hoping he fails to keep all his New Year’s resolutions.

Not that this 71-year-old could ever be described as an underachiever.

“This year I have a wishlist that is very demanding. I hope it is so demanding that I am not able to reach that level of accomplishment. If I was able to reach it then I have not made it hard enough,” he says.

The polymathic septuagenarian, whose list of accomplishments is so long it becomes an impediment to describing him, is on a stopover in Dubai for a board meeting of the local arm of his global microfinancing aid organisation PlaNet Finance.

He encourages people to take seven steps in order to realise new achievements every year.

It gives a good insight into the ethos of a man clearly possessed by goals – many of which seem to have been ticked off.

A one-time advisor to the former French president Francois Mitterand, Jacques Attali was the founder and first president of the European Bank for Reconstruction and Development, a multilateral development bank focusing on Eastern bloc economies. He is also currently the president of the Commission for the Liberation of French Economic Growth, a working group set up by former president Nicolas Sarkozy to improve the competitiveness of the French economy.

He has advised the United Nations on nuclear non-proliferation as well as education in Iran and Afghanistan, is behind unifying European higher education through the LMD [licence master doctorate] system and was a founding member of the multinational technological research body Eureka. And on the side, he is an accomplished pianist who directed the Grenoble University orchestra and is on the board of directors of the Musee D’Orsay in Paris.

If that is not enough, he has also written 65 books, from children’s stories to biographies, and sold eight million copies across the globe.

If all this has gone to his head, he does a good job of hiding it. What else could be behind this impressive list?

Ever humble, he says: “The best resolution is to say not what can I do for myself but [what can I do] for others. My most important resolutions are linked to that.

“There is nothing I am more grateful for than when I can help someone. To help is a privilege. It is a wonderful feeling.”

If altruism is the raison d’etre that drives the Algerian-born intellectual and economist, who moved to Paris with his family when he was 13, microfinance is the tool he believes is the most efficient to help.

Attali’s Dubai trip was in part to raise funds for the organisation’s Middle Eastern branch and he hopes the UAE will become a centre for fundraising in the region. In recent years, the organisation has helped set up three olive oil cooperatives in the West Bank, a programme to help nearly 1,000 women farming in Egypt and Lebanon and three microfinance institutions in Palestine, Lebanon and Egypt to help young entrepreneurs onto the business ladder. 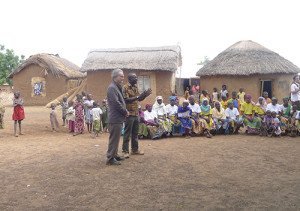 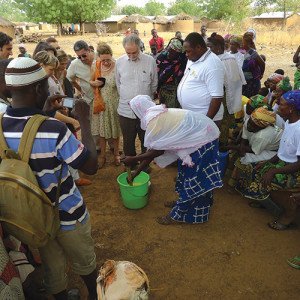 Attali says to complete everything on his wishlist, he would need seven lives. But if he had to choose one desire, he says: “I would say try to be useful for the next generation. I think what we do in microfinance and, on a larger basis, helping people to become themselves and choose their lives is my main thirst.”

Attali thinks a globalised society needs both a global economy and a strong rule of law – a necessary balance of anarchy and dictatorship. In order to have a rule of law in countries where it currently does not exist, such as Somalia and Iraq, society must demand it. That will only happen when the middle class is strong enough and owns enough property that a rule of law becomes essential for society to flourish.

Microfinancing, he adds, is key to helping people become part of the middle class.

“Take people begging for food in refugee camps, who cannot sustain their own living. When you propose to them coaching and training and trust them to provide financing, you put them in the condition to become the bottom of the middle class and then they can go up and develop.

“That is why microfinance is the key for democracy as well as for stability for two reasons – one is the creation of the middle class, the other being the fact there are jobs and there is no democracy without jobs.”

But how realistic is that vision? Attali is hopeful technology promises to improve the quality of life and standards of health, education and energy-saving initiatives while “there is no shortage of capital. We have all the tools.”

He adds: “The real fight today is between selfishness and altruism. And actually the real fight is for people to understand that the cleverest [way] to be selfish is to be altruistic. If you are only stubbornly selfish, you don’t care about anyone else but if you are cleverly selfish you realise taking care of others helps us in our life.”

The impassioned Attali, named one of the world’s top 100 public intellectuals in 2008 by Foreign Policy magazine, would not reveal his list of resolutions for this year.

But if failure is what leads Attali to more achievements, one can only hope he falls short of this year’s targets.