This powerboat’s design is inspired by a dinosaur’s head

Timur Bozca’s new concept design is anything but ancient.

You’ve perhaps already heard of Milan-based automotive and yacht Turkish designer Timur Bozca. He won the ‘Young Designer of the Year Award’ two years ago at the ShowBoats Design Awards for his slick 55-metre cruiser called the Cauta modelled after an albatross. He also designed the wild 70-metre Black Swan superyacht that included a helipad and swimming pool, powered by four engines capable of a combined output of over 23,000hp. 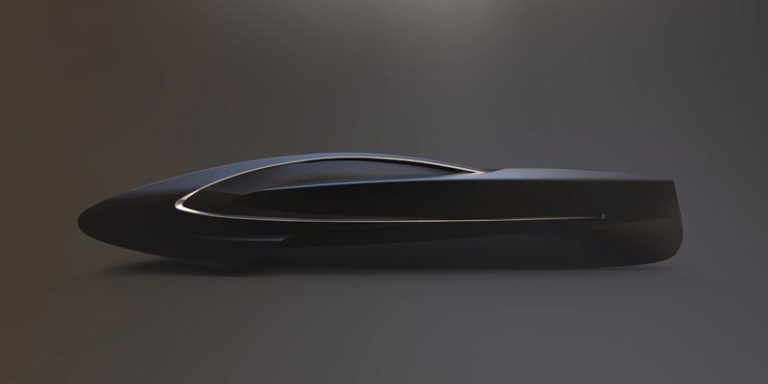 Bozca’s now at it again. This time, he’s dreamed up a 19-metre dayboat concept whose design is inspired by the head of pre-historic dinosaur called the Ferocious Sarcosuchus (an abbreviated version of which is used to name boat). To his credit, it doesn’t look one bit reptilian or scaly – instead it’s a slick yacht with a sweptback cabin and sharp lines and beautiful curves along its exteriors.

The boat has a top speed of 53 knots – you’re looking at shifting from playgrounds like St. Tropez to Monaco in an hour-and-a-half. This also makes it one of the world’s fastest superyacht tenders. It’s capable of hitting these speeds due to a carbon fibre body and twin MTU V10 2000 M94 engines. As a salute to those engines, the designer has encased it under a pair of glass cabinets near the sunbed – much like several modern-day supercars that display their engines under a glass at the rear.

The use of carbon fibre also allows a significant amount of torsional rigidity as well as allowing the design team to create an aerodynamic sculptural masterpiece. 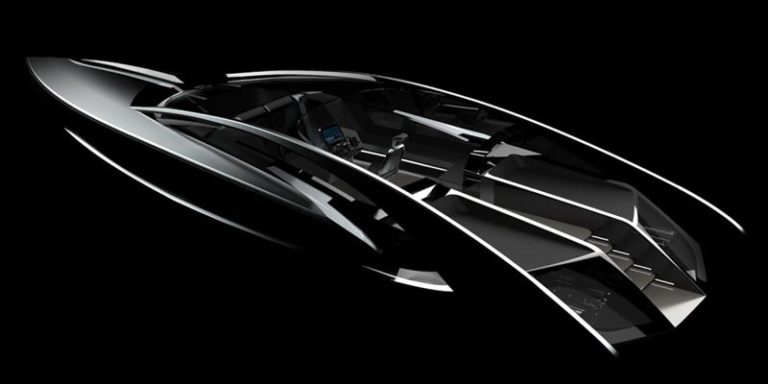 The deck features two aft sunbeds, with a windshield designed to deflect the wind allowing the boat to clip through the water with minimal wind resistance. Below deck, is a full-beam cabin decked with OLED lighting and chic interiors where the owner can retreat to for some downtime.