The luxury vessel has taken to the seas against the glamorous backdrop of the recently concluded Monaco Yacht Show.

James Bond’s favourite carmaker has done something completely leftfield – it’s unveiled its first powerboat, the AM37, that will enter production later this year and is expected to cost $1.7million.

British marque Aston Martin and Dutch yacht-builder Quintessence Yachts have co-developed the AM37. It borrows its name from the fact that it is a 37-foot day-cruiser that is capable of working up some serious speeds. The vessel packs twin Mercury engines. The diesel variant lays down 370hp of power, while the petrol one is tuned even higher to return 430hp that are capable of hitting a top speed of 45 knots. But if you really want to go flat out, there’s the AM37S option – the “S” is for sports, as you would imagine – with twin Mercury engines cranked all the way up to 520hp to take this machine up to a top speed of 50 knots. 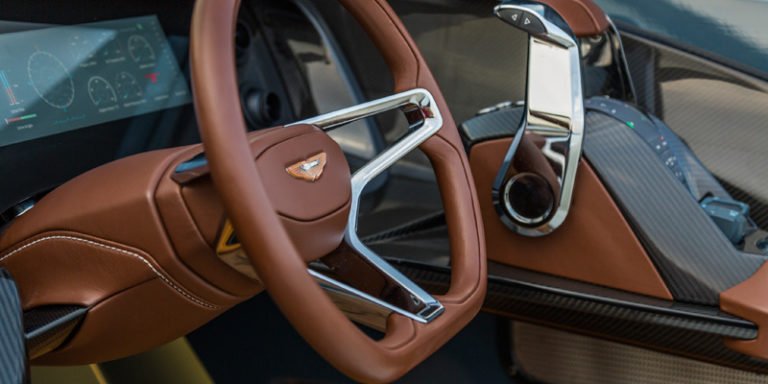 This being Aston Martin, the creature comforts are gratuitous. And it goes far beyond a refrigerator, air-conditioning unit, microwave, coffee machine and lavatory on-board – all of which is present here, of course. There’s an abundance of hand-stitched buttery leather and fine sculpted wood as well as high-def touch screens that can take voice controls are fingerprint enabled too. It is believed that the designers who worked on the interiors of the Vulcan, DB11 and One-77 also worked on this boat’s exterior and interior design.

Now that Aston Martin has conquered the seas, maybe it’s time for it to design its first private jet?