These limited-edition timepieces are the tickers of choice for the mega wealthy.

The eccentric Frenchman is fascinated by aviation – last year, he even successfully bid for the entire service manual of the Concorde at auction. This year his eponymous brand has designed a timepiece for Airbus Corporate Jets. Limited to just 30 pieces this tourbillon with split seconds chronograph has several design cues and materials borrowed from aviation. The bezel that frames the dial resembles the window of an aircraft, and Airbus has themselves designed the crowns visible on the bezel. The case is made of up a super tough alloy similar to that used in fighter jets. $1.3million 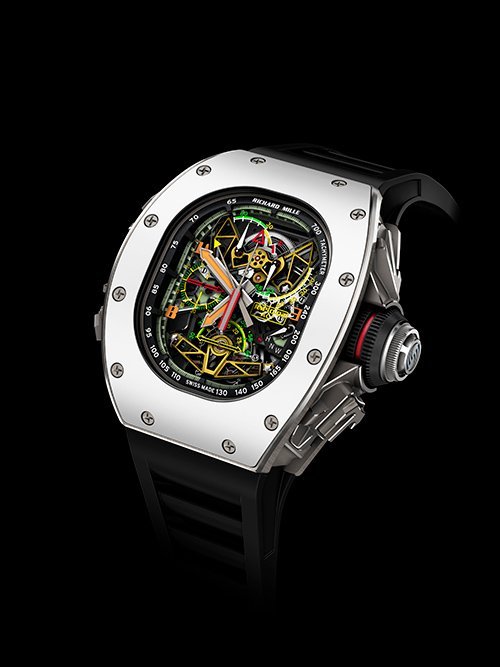 Richard Mille RM 50-02 ACJ: The case is made of up a super tough alloy similar to that used in fighter jets.

Lange continues to be the bastion of German fine watchmaking that’s seen an upswing in the last 12-18 months compared to the Swiss watch industry that’s having a dreadful year. There are a whole bunch of complications that Lange have worked into this wristbound dynamo including a minute repeater, perpetual calendar, moonphase, grande and petitie sonnerie and split-seconds monopusher chronograph. Cased in 50mm pink gold case, this one’s limited to just six pieces. $2.6million 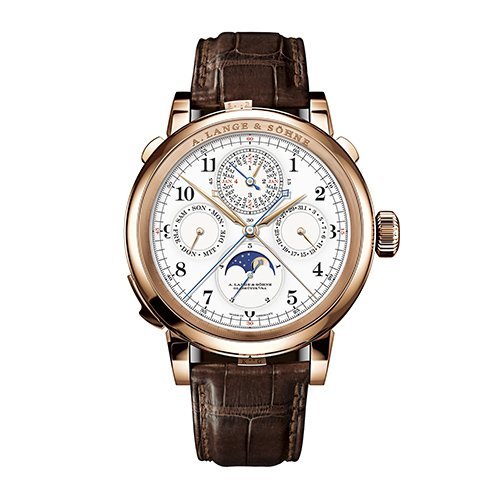 This calling card of this timepiece is that in a bid to increase accuracy, the avant-garde watchmaker didn’t throw in a tourbillon. Instead, it’s added four balance springs (most watches contain just one) and pushed them to four corners of the watch, each angled at 45-degrees, so that no matter at what angle and force the wearer may subject the watch too, it will still be deadly accurate. RD also introduced a case made entirely of silicon with this timepiece – a first in the world of haute horology. $1.2million

Roger Dubuis Excalibur Quatuor: It has a case made entirely of silicon with this timepiece – a first in the world of haute horology.