If you regard Patek Philippe as the grail horologist (and you should), then think of the Nautilus as its grail collection – that’s how monumentally important the Nautilus is in the scheme of things. In 1976, four years after Gérald Genta broke out the wildly successful Royal Oak for Audemars Piguet, Patek Philippe unveiled this luxury steel sports watch designed by Genta. It had a bezel shaped like a porthole, keeping in mind that the Stern family were keen yachtsmen. True story: Genta sketched the design of the watch in five minutes flat while at lunch in a restaurant during the Basel fair, while watching the Patek team dine at a nearby table. 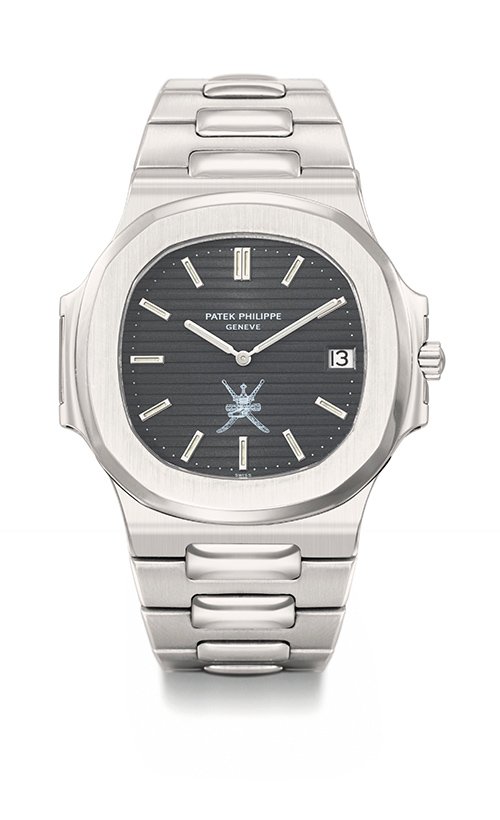 There have been several iterations of this mega important collection over the last few decades, and to celebrate the 40th anniversary of the collection, Christie’s decided to auction 40 historic Nautilus timepieces across four cities – 10 watches consigned to each auction.

Kicking things off will be the watch auction in Dubai this Wednesday, October 19th, followed by the auctions of the remaining 30 Nautilus watches in Geneva, Hong Kong and finally in New York in December. 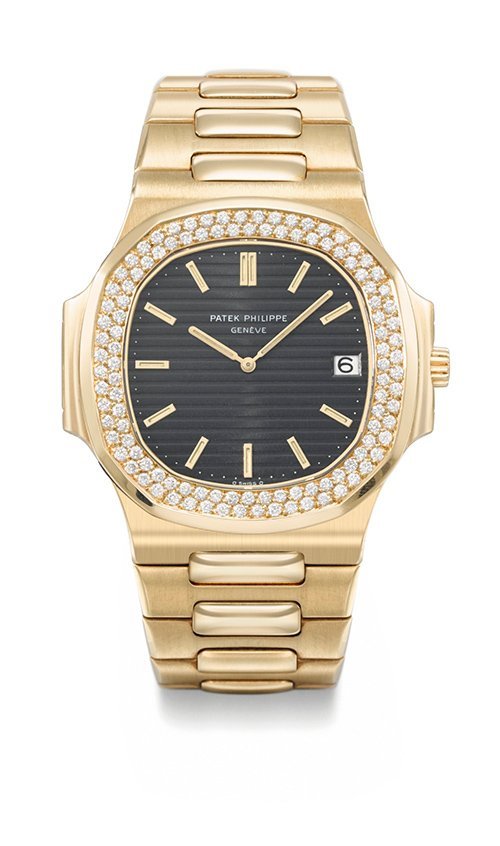 If you happen to find yourself in the room in the Jumeirah Emirates Hotel on the 19th evening, paddle in hand, be sure to raise it high for two specific watches. The first is the steel Nautilus 3700/1A with the Khanjar dagger in sheath superimposed upon two crossed daggers – the Omani crest – on the dial. It’s one of only two known watches confirmed authentic in the world and has an estimate of $150,000 to $250,000. The other is 3700/3 yellow gold Nautilus from 1981 that is part of the first series of Nautilus watches with a Favret-Perret case and has a bezel set with 112 diamonds. It’s estimated to cost around $70,000-120,000. 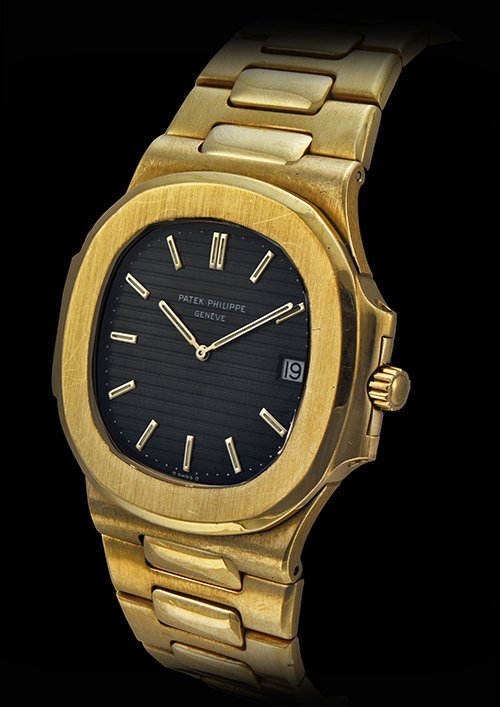 Christie’s celebrates it 10th anniversary in Dubai this year, the watch auction on Wednesday will be preceded by an art auction slated for Tuesday, October 18th (Christie’s has auctioned $300 million worth of art alone in the last 10 years in Dubai). On Wednesday, the watch auction will also involve timepieces from other big watchmakers like Rolex and also independents like MB&F, Richard Mille and FP Journe. But without a doubt, the action on the floor will hit a feverish pitch once the bidding begins on the 10 Nautilus watches.