Get a royal welcome in these former palaces 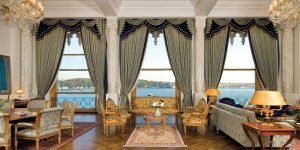 The name Cıragan, meaning lighting or festival in Persian, comes from the fireworks set off at the many banquets and festivals held in the gardens of the mansion built by the 18th century grand vizier Ibrahim Pasha. Although the building — once the home of sultans Abdulaziz and Murat V — has witnessed many changes over the years, including the fall of the Ottoman Empire, this magnificent hotel along the Bosphorus and its resplendent interiors are still a prime destination for weddings and celebrations among the Turkish elite. Six years ago the palace was diligently restored with 19th century historical details that resemble the splendour of neighbouring palaces in the region. The main atrium features a spectacular chandelier but the old hammam, with its ghostly beauty, is the true crown jewel of the palace. The only part to have survived a 1910 fire, it boasts marble surfaces and exquisitely carved walls, railings and doorways. 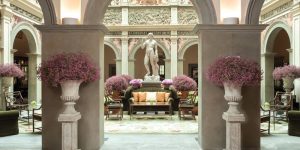 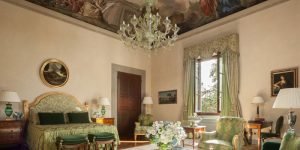 After a seven-year renovation, the 15th century Palazzo della Gherardesca and La Villa, a 16th century convent, are now home to the Four Seasons Florence. The palazzo was commissioned in 1473 by Bartolomeo Scala, chancellor to Florence’s legendary Medici family and was later home to Cardinal Alessandro de Medici, who became Pope Leo XI. The unassuming entrance on Florence’s Via Borgo Pinti leads to an arcaded courtyard decorated with 16th century frescos by Flemish mannerist artist Jan van der Straet. There are other frescos by him in what was once the palazzo chapel and on the staircase that ascends to the grand suites of the main floor. The Della Gherardesca suite features rococo frescos by Baldassare Franceschini, whose work can be found in the church of Santa Croce, the Franciscan church in Florence’s main square. Similarly impressive baroque flourishes abound in the hotel, including original Florentine art and craftsmanship in several of the hotel’s bedrooms, suites and bathrooms. 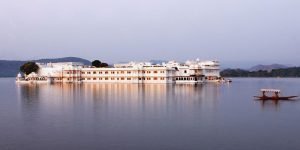 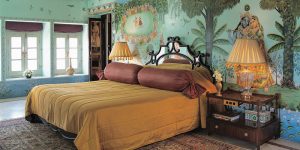 A glittering jewel set in the middle of Lake Pichola and surrounded by the Aravalli mountains, this was one of India’s most opulent palaces. today, the place-turned hotel retains every bit of its 18th century Mughal splendour. Marble colonnades line sweeping courtyards inlaid with coloured stone. Crystal chandeliers, silk drapes, gilt moulding and antique furniture ornament public spaces. Guest rooms are adorned with handpainted motifs, mosaics, silk bolsters, swings and exquisite stained glass. Certain rituals of the nobility are not lost. The rooftop restaurant Bhairo still requires formal attire. Candlelit evening walks and sunset ceremonial cruises make the hotel one of the most romantic on the planet.