The tiny principality sets itself up for a very big future.

Monaco is synonymous with the ultra-wealthy. The holiday of choice for Russian oligarchs, race-car drivers, royalty and celebrities alike; the kind of people who would not blink at paying $55 per cocktail and leave their Maseratis parked with the keys still inside. At just a smidgen larger than the Vatican, Monaco is the world’s second smallest state but has long fascinated the world. It is known equally for its tax haven status, glamorous casinos and thriving sports scene with the annual Formula One and international tennis tournaments. The royal family adds to the intrigue with their high jinks perennially appearing in gossip magazines.

At first glance, Monaco looks almost comically like something out of a fairytale. The city is full of charming alleyways with belle epoque architecture, replete with wrought iron swirls, perfectly manicured gardens and a prince’s palace set upon a hill. It could be a Disney film set. Those drawn to the thrills of Monte Carlo will be surprised by how small it is. The majority of the high-end luxury shopping is contained within one city block. The opera house and the Monte Carlo Casino are housed in the same building. The close quarters make it ideal for celebrity spotting, whether sipping an espresso at the famed Café de Paris or lounging in the lobby of the Hotel Hermitage. Indeed, it seems as if the entire city-state is a see-and-be-seen kind of place where no one feels embarrassed to be caught blatantly checking someone out.

Since his father Rainier III died in 2005, Prince Albert II has done much to change the image of his country from a stuffy destination to one with a little more cultural appeal. He has actively supported a flourishing arts scene, from the Monte Carlo Jazz Festival to major art exhibitions at the Grimaldi Forum and the principality’s latest museum, the New National Monaco Museum, which showcases contemporary visual art. He has also pledged to make Monaco cleaner and greener.

The country has big plans to transform itself into an international lifestyle destination. Currently, earnings from its famous casino and other gambling outlets only account for four per cent of Monaco’s income. The bulk of the economy is buttressed by money generated by luxury hotels, conferences, multi-million dollar yachts in the harbour and the Grand Prix. The principality wants to capitalise on this. A massive four-year renovation project is planned for the iconic Hotel de Paris. Casino Square will be experiencing a major facelift as the Sporting d’Hiver building is razed to the ground to make way for luxury shops, upmarket residences, offices, recreation and cultural areas.

It doesn’t end there. The 20-year plan includes reclaiming land on the coast in an environmentally sustainable manner to create an offshore island for new residential areas complete with lots of skyscrapers, a project estimated to cost $884 million. 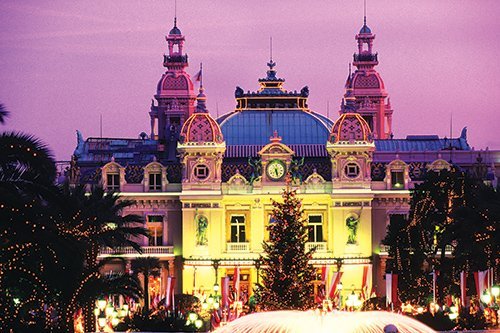 Built by the famous architect Charles Garnier, both are contained in the same building. Live out your James Bond fantasies in the casino and then take your winnings for a box seat at the ballet. Don’t forget to look up at the ceiling of the auditorium to be blown away by the superb paintings. 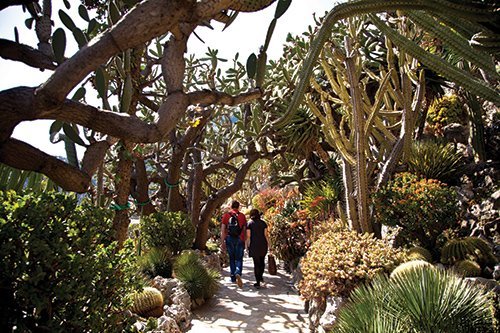 Several thousand rare plants from around the world are presented in a walking tour that is as memorable for its views as it is for the flora and plants. There is also a cave with an impressive display of stalactites and stalagmites, which can be visited with guides. Evidence of prehistoric human inhabitants have been found in the caves. 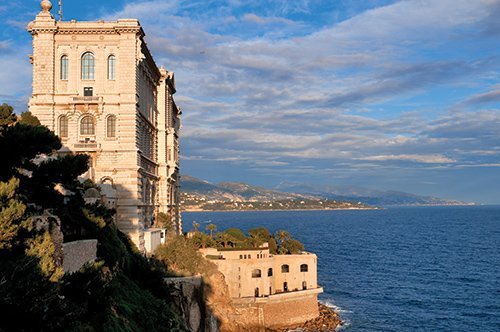 Perched on a sheer cliff face, this museum is a world-renowned attraction. With 4,000 species of fish and more than 200 families of invertebrates, the aquarium gives a comprehensive overview of Mediterranean and tropical marine ecosystems. The spectacular views from the rooftop terrace are unmissable. 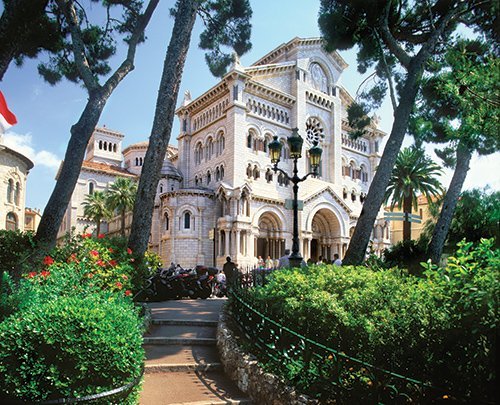 The cathedral was built in 1875 and stands on the site of a 13th century church. It is a Romanesque-Byzantine design dedicated to St Nicholas and is the burial ground for the remains of former princes of Monaco and Princess Grace. The church square also contains some of Monaco-Ville’s finest restaurants.

Following a renovation spearheaded by interior designer India Madhavi, this iconic hotel has been given that perfect vintage 1950s Riviera look with just the right amount of quirk and kitsch. The restaurant Elsa, with executive chef Paolo Sari, is the only Michelin-starred organic restaurant in the world.

Avenue Princesse-Grace, from $1,058 per night

The pale blue guest rooms, which open out onto fanciful wrought iron balconies with harbour views, are fit for a modern day Marie Antoinette. The lobby’s art nouveau glass and steel cupola was designed by Gustave Eiffel. Guests are given an exclusive Cercle Monte-Carlo card, which provides access to the private beach, golf, tennis and Spa Thermes Marins Monte-Carlo.

Square Beaumarchais, from $650 per night

Formerly the home of designer Karl Lagerfeld, this stunning villa with its panoramic view of the Mediterranean, the principality of Monaco and the bay of Roquebrune-Cap-Martin is available for rent year-round. Spread across three floors, it can accommodate up to 12 guests. If the decor doesn’t suit your taste, the furnishings can even be redone at the right price.