These iconic properties have reinvented themselves into modern-day masterpieces. 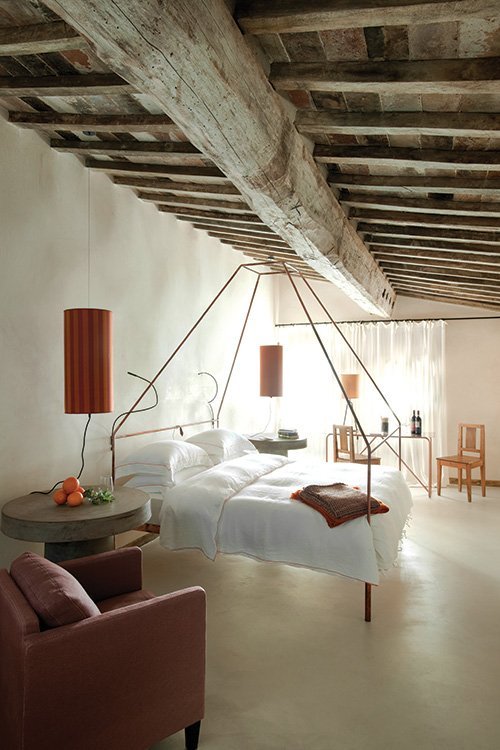 This charming hilltop retreat is the brainchild of American lawyer Michael Cioffi who stumbled upon Castiglioncello del Trinoro — a crumbling medieval village deep in the Tuscan countryside— while on the hunt for Renaissance art. Cioffi fell in love with the tiny village and piece by piece renovated it into a boutique hotel and spa with the help of the locals, who still live there, without compromising on luxury or authenticity. Room sizes vary between a double to a six bedroom villa but each skillfully balances contemporary interiors with the original charm of the buildings, thick stonewalls, wooden ceiling beams and roof tiles have all been preserved to maintain its rustic character.

Monteverdi’s elevated position affords it with sweeping views of the vineyards and farmhouses below—reminiscent of an artist’s palette filled with muted greens, browns and yellows. Afternoons are built for recharging by the pool surrounded by lavender filled gardens or soaking in an outdoor tub in the newly opened spa, which is housed in a 15th Century stone granary, before trying one of the treatments that use local herbs and grapeseed oil from the surrounding Val d’Orcia.

Guest rooms from $650 per night, monteverdituscany.com 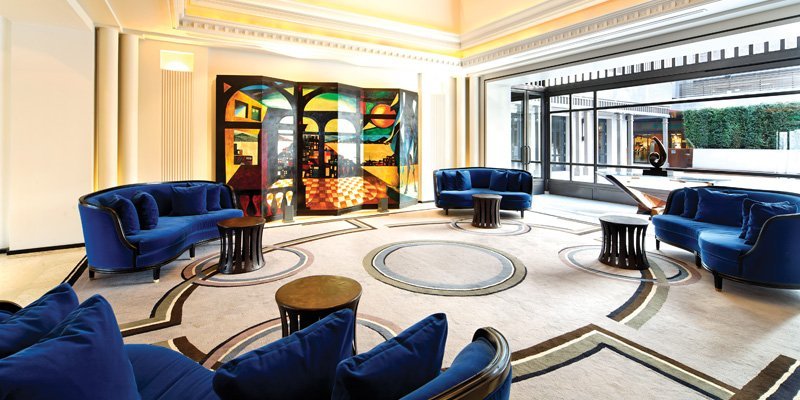 The Villa Magna hotel embodies Madrid’s fashionable side, its located in the trendy Salamanca district, known as the Spanish capital’s shopping haven. The leafy streets are lined with big name boutiques and the type of restaurants that foodies go loca over. The hotel itself is adjacent to El Corte Ingles, Europe’s largest high-end retail destination making it the place to stay for celebrities and tourists alike. The former palatial residence has been modernised in recent years after an extensive renovation, providing guests with understated opulence. While the exterior of the hotel is unbefitting— covered in dull concrete slabs, its interior is fabulously stylish. The lobby is dotted with soft velvet sofas, Art Nouveau paintings and bright red art-deco pillars. Guest rooms are less bold but are equally art deco inspired with grey and white colour schemes, striped Louis chairs, oversized fabric headboards and sprawling beds, over-shadowed only by the spacious marble bathrooms with a separate tub and shower scented with Asprey of London toiletries. 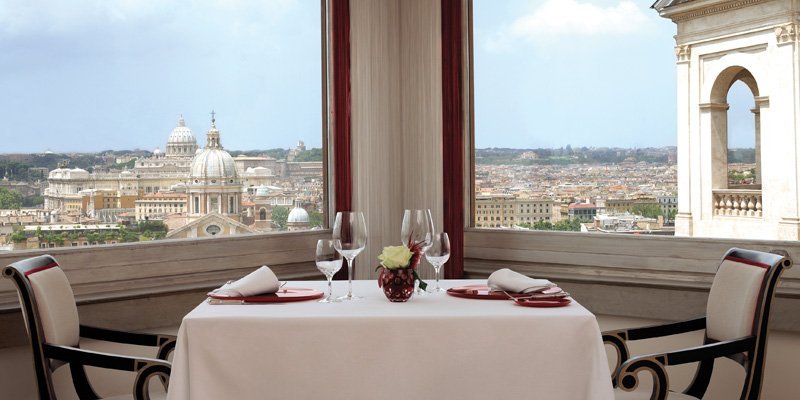 Perfectly positioned at the top of the Spanish Steps, the hotel Hassler is as iconic as the city that gave birth to it. It’s one of a handful of luxury hotels that remains in private hands, run by a fifth generation hotelier. Hassler oozes old world charm with rich interiors dripping with shades of ochre, red and cream and framed by chandeliers in every corner. Guest rooms are more modern but maintain the same warmth and grandeur with velvet headboards, Venetian lamps and soft carpets. Besides the attentive service, the Hassler stands out for its panoramic views over the historical heart of Rome. None more so than from its rooftop Michelin starred restaurant Imàgo, which boasts the best views of the Pantheon, Aventino Hill and the Borghese Gardens in the city. 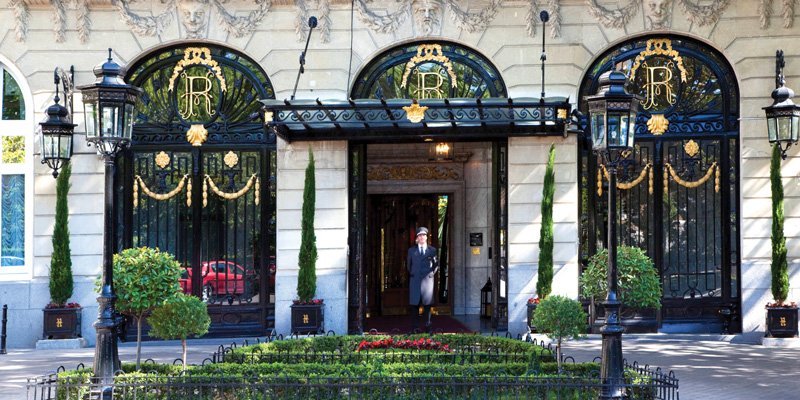 The Hotel Ritz in Madrid is a European institution set within Madrid’s Golden Triangle. The historic allure of the hotel— built in 1910 by French architect Charles Mewes and Swiss Hotelier Caesar Ritz— is centered on its tragedy and exuberance in equal measure. It served as a hospital during the Spanish Civil War, saw Frank Sintra charm his former wife, actress Ava Gardner over the piano in the hotel’s famous Krug champagne bar and it hosted the wedding of King Alfonso XIII, where guests can still pay to use the original gold cutlery from the wedding. While the property has aged in recent years, the romanticism has endured. Nonetheless, a $100 million renovation to breathe new life into the luxury property is slated for 2017 by the Mandarin Oriental group. The makeover will include a whole new façade, a destination spa, gym and swimming pool as well as a refreshed lobby area. Guest rooms, including junior suites should retain their light and airy appeal thanks to a patio door terrace overlooking the Prado museum and the spacious bathrooms with gilded taps will be brought into the 21st Century.