With US-Cuban relations repaired, there is no better time to savour the island’s delightful paradoxes.

If you pack one thing for Cuba, make it an open mind. For this is a place that is impossible to pigeonhole: time-worn but disarmingly charming, beautiful but shabby, uninhibited yet restricted. The Caribbean island’s complex persona makes it mesmerising and maddening in equal measure. Accept its head- scratching contradictions though and time here can be unlike anywhere else on earth.

Visitors can walk into its welcoming timewarp, strolling amid colonial cities – Havana, Camaguey, Cienfuegos and Trinidad – where architecture appears unaltered from the days when pirates stalked its shores. Elsewhere, baby blue and mint green convertibles cruise the streets, flamingo pink paint crumbles off facades in need of a facelift, wafts of freshly cut fruit and tobacco fill your nostrils and you cannot walk far without street sellers flogging Cuban cigars. 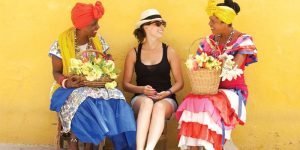 Behind it all, an indefinable soundtrack plays. Live music throbs with African drums and Spanish guitars, creating that impossible- to-define Cuban vibe that seeps into your ears, shoots down to your toes and captivates your soul. It is a melting pot of culture that is reflected in the residents too, from the elderly weathered faces whose knowing eyes smile from beneath shocks of white curls, to the exotic beauties who look as if they have walked off a magazine cover.

The people here are gloriously diverse, thanks to a history that began with the aboriginal Taino and Ciboney people, on to a long period of Spanish colonialism, a period of African slavery and close-knit ties with the Soviet Union in the Cold War. Little wonder then that Cuba pulsates with colour, flavour, aroma and attitude. It is a rough diamond, a princess in a pauper’s dress, with an atmosphere that has captivated everyone from Christopher Columbus to literary legend Ernest Hemingway – so much so he stayed for 21 years.

But one more thing is impossible to ignore: the complete absence of big-name brands. You will not see a Starbucks or McDonalds springing up on the roadside, nor Apple products in every pair of hands – for the time at least. After a long period of communism under Fidel Castro and a half-century-long embargo, it seems change is afoot.

In 2015, the American President Barack Obama met his Cuban counterpart, Raul Castro, to end a decades-long stalemate in US-Cuban relations for the first time in more than 50 years. After officially removing Cuba from the American government’s list of nations that sponsor terrorism, the White House began creating an embassy in Havana. Multinational chains could be coming to a Cuban street corner soon.

Until such time, Cuba’s cotton-white beaches, rolling mountains, native cigars and rum can be consumed against a colourful colonial backdrop untouched by foreign influences, such as the US. Go now and it is likely to be the most intoxicating city break you will ever take. 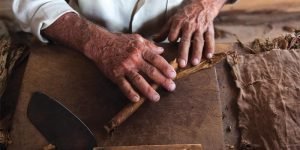 Cigar aficionados should take a trip to the Vuelta Abajo region, southwest of Pinar del Rio, for a tour of a working tobacco plantation. The famed fields have been growing top-rate tobacco since 1845. The acclaimed Vegas Robaina cigars hail from here.

If you have obsessed over any of Hemingway’s books, visit his old house – said to be just how the writer left it with dog-eared photos, magazines from the 1960s and a drinks’ cabinet rammed with native tipples. Step behind his glass-topped desk and put yourself in the icon’s shoes. 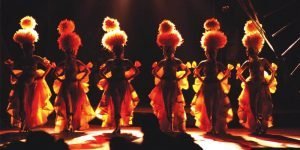 It would be criminal to leave Cuba without shaking your tail-feather – or watching others do so in this city known for its nightlife. Of its plentiful live music venues, the city’s institution is Tropicana. Open since 1939, it’s one of the few Havana nightspots to survive the Revolution and the open-air cabaret show stays true to its scantily-clad roots. 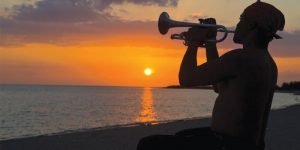 While resisting the urge to treat Cuba as a beach resort is a key to experiencing the island, spending some time on its sublime sands is a must. Playa Ancon on Sancti Spiritus’ shoreline is regarded as the finest on the south coast. Snorkel and dive offshore on the reef islet of Cayo Blanco and for romance arrange a sunset catamaran cruise. 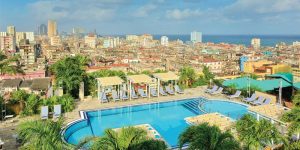 Shabby chic is not a phrase synonymous with the Parque Central, one of Havana’s hottest hotels with five-star facilities on a par with the rest of the Caribbean. Reserve the new wing connected to the rest of the hotel via an underground tunnel. 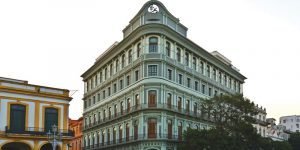 After its heyday in the 1930s, the Saratoga was rebuilt and reopened 10 years ago, bringing luxury-seeking travellers an affectionate replica that boasts colonial-meets-contemporary decor and a rooftop pool you won’t want to leave on account of its jawdropping views. 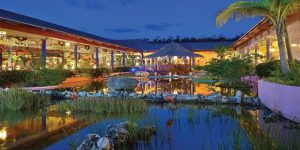 Oft-touted the best resort in Cuba, those who like their facilities mega and modern should retreat to this 292-room resort, which comes with a floating Japanese restaurant, garden villas with private pools and cliffside huts for massages with a tropical mountain view.