The Jaguar E-Type is reborn

Back in the Fifties and Sixties, the glory days of motorsport, the machines from Jaguar were menacingly fast in as much as they were drop-dead gorgeous. The C-Type and the D-Type were race-winning machines, and the E-Type that followed somehow managed to steal the limelight from its predecessors and become one of the world’s most valuable car. Ask any petrolhead to list the best-designed cars in the world, and we bet that the E-Type will invariably make it to the top of that list. It is a grail car for collectors, primarily because so few of them were made.

Of all the variants of the E-Type manufactured, the first or the Series 1 that include cars built between 1961-68, are the trophy cars. Now, Jaguar’s classic car division in Coventry is giving you a chance to own this automotive manna. 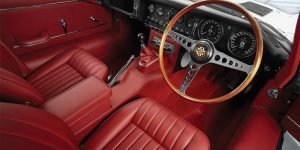 Under the Jaguar E-Type Reborn programme, it will source 10 original E-Type Series 1 cars and restore them to original factory specs – down to original miniscule details like the spot welding pattern. Jaguar says that it has all the original drawings and build records for the E-Type, so if there’s any one equipped to restore a Jaguar to its original mint condition, it is the crew at Coventry.

All the replacement parts will be sourced from Jaguar’s classic car department, and the company is willing to make what it calls “sympathetic upgrades” during the restoration process. These upgrades won’t fundamentally alter the aesthetic appeal or engineering brilliance of the machines, but is meant to make the cars an easier proposition to live with and maintain for everyday use. These changes, optional of course, include an all-synchromesh transmission and an improved cooling system. 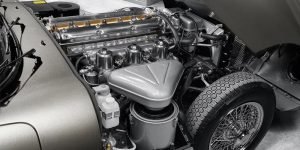 The move from Jaguar to offer these Jaguar E-Type Reborn cars follow a similar one from Range Rover who is also restoring a batch of 10 first-generation Range Rovers this year.

The restored E-Type Series 1 cars will be offered from prices starting at $360,000 and would increase depending upon the work that was carried out to restore it to its original condition. A bargain, if you ask us.