Every self-respecting millionaire will boast of a helicopter, or two, in his private fleet of machines. Earlier this month, Texas-headquartered Bell Helicopter unveiled a concept helicopter with some radical technology that’s truly 22nd century that will appeal to this very strata of individuals. The FCX-001 helicopter has blades that Bell describes as being capable of morphing. That means they change shape to optimise performance and match different flying conditions. The engine is no fuel-guzzling conventional powerplant – instead, it will feature a hybrid engine with a thermal engine core. 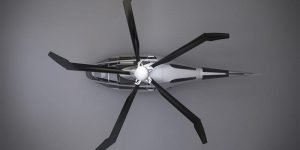 A single pilot will be at the controls of this aircraft and use augmented reality to control the aircraft. The co-pilot, believe it or not, will be AI. That’s right, Bell are working in a super intelligent system that will result in AI supplementing the tasks of the solo pilot in order to fly this futuristic machine.

The current configurations allow for eight passengers to be carried on board, each privy to individual entertainment systems, but the helicopter can be outfitted to accommodate up to 12 people. 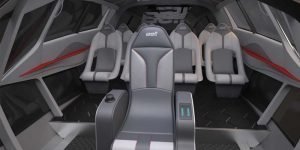 With safety top of mind, Bell have built in a special anti-torque system into the tail of this aircraft to prevent it from spinning out of control when the blades morph into the different shapes. The airframe, made of sustainable materials, has been designed so that it will store and distribute surplus energy generated by the flight, and feed that back to the propulsion system of the helicopter. 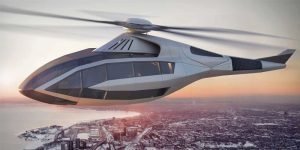 Bell has said that it has spent the last six months producing this concept, and hasn’t yet committed to a timeframe in which the production variant will be ready. Neither has it indicated how much one of these machines will cost. While we’re certain that the production variant will not debut anytime soon, we wonder whether Bell may have inadvertently lit the spark for a new kind of race in the sky to build partial self-driving helicopters? We truly hope so.