UAE confirms plans to build a city on Mars

The World Government Summit pulled in some incredible visionaries, entrepreneurs and leaders from around the world. These included Elon Musk who also announced Tesla’s entry into the UAE on the sidelines of the event, Uber’s Travis Kalanick who spoke about the future of urban mobility and Nobel laureate Joseph Stiglitz who delivered an enlightening session on the repercussions of inequality in economic distribution. 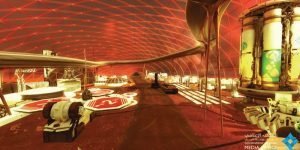 Of the several plans and visions for the future discussed at the summit, none were anywhere as near radical thinking as the one delivered on the closing day yesterday by Dubai’s Ruler His Highness Sheikh Mohammed Bin Rashid Al Maktoum. He formally announced the Mars 2117 project wherein Emirati and international scientists will cooperate on the project that will realise a city on the Red Planet in the next 100 years. 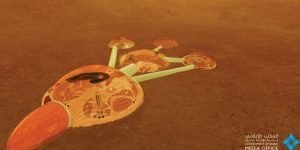 The century-long programme will aim at developing an entire ecosystem including transportation means, food and energy sources on the planet. “The landing of people on other planets has been a long-time dream for humans. Our aim is that the UAE will spearhead international efforts to make this dream a reality,” said Sheikh Mohammad in a statement. 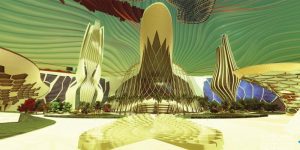 Three years ago, the UAE announced the creation of its own space agency that would deploy an unmanned probe to Mars in 2020, to gather scientific data from the planet. While the 600 million mile journey would take 200 days to complete (at an average speed of 126,000kph), one of the challenges that the team of scientists will seek to overcome is to drastically reduce the time taken for manned missions to travel from Earth to Mars.

Come summer 2117, and your grandchild could very likely choose to vacation on Mars.

We aspire to great things, so my brother Mohammed bin Zayed and I today decided the UAE will join the global effort to send humans to Mars. pic.twitter.com/BjoieNPIAX

The project, to be named “Mars 2117”, integrates a vision to create a mini-city and community on Mars involving international cooperation. pic.twitter.com/v27jA3K3pS

The “Mars 2117” project will develop an Emirati and international team of scientists to push the human exploration of Mars in years to come. pic.twitter.com/5ujxvyC8As

“Mars 2117” is a seed we are sowing today to reap the fruit of new generations led by a passion for science and advancing human knowledge. pic.twitter.com/IExtnpiO2B