The photographer will be showing her work at the NYU Abu Dhabi starting February 9.

American photographer Joanne Savio has a strong connection to the Middle East. Apart from being an arts professor for the film and new media program at NYU Abu Dhabi since 2010, she is also of Lebanese descent – her mother was born in Amioun, Lebanon. Later this week, Savio will hold a photography exhibition titled Grace: A Retrospective of Dance Portraiture and Performance 1986-2004. This exhibition will be be timed to coincide with a performance by the Trisha Brown Dance Company – who is also one of Savio’s subjects for the exhibition – at the NYUAD. 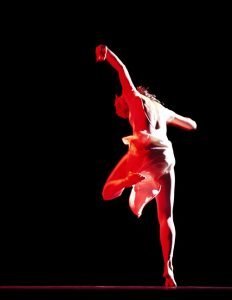 Trisha Brown, Choreography, If You Couldn’t See Me, 1994. 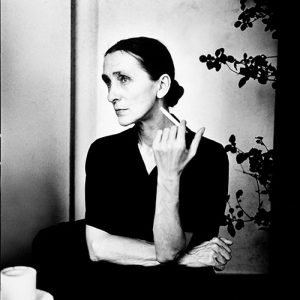 Pina Bausch, Photograph for the Brooklyn Academy of Music, Next Wave Festival, 1994. 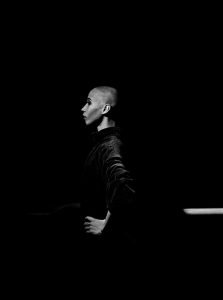 Savio has spent the better part of three decades as a photographer, and this particular exhibition is a collection of images of dancers and choreographers that she has photographed over the years. Some of them are mood portraits like that of Pina Bauch delicately nestling a cigarette between her fingers, while others like that of Trisha Brown are captured midway through a performance. “I have always been clumsy. I would fantasize I was a ballerina and dance with the foundation poles in the basement. When photographing dance I imagine myself moving with grace, becoming the dancer. When these exquisite beings move, it is a symbiotic moment between us, existing only in my imagination,” says Savio. 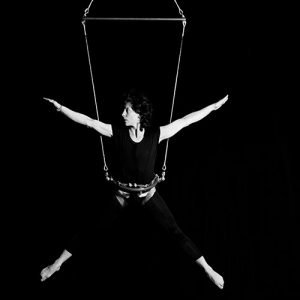 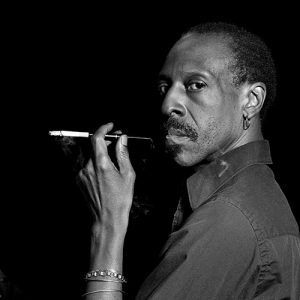 All the photographs that are part of the exhibition were shot on film. “I learned photography using film. Every image in this retrospective is shot on this medium. Nothing about shooting on film is immediate or predictable. It’s a slow, zen-like process, from loading the film, advancing it, cocking the shutter to images coming to life in a chemistry bath,” says Savio.

One of her most famous photographs to date remains the image she took of Norah Jones back in 2002 – also on film – that was the cover art for the Jones’ breakthrough album, Come Away With Me, that went on to win the Grammy Award for the Album of The Year.