Some of the most famous props and memorabilia from the Bond franchise will be on display at the Dubai Mall and the Burj Khalifa until February next year.
It’s been over half a century since the world’s most famous spy made his film debut. Not only has the phenomenon of the British agent spin into an epically successful pop culture icon, but also into a multi-billion dollar empire. The 24 films made since the inception of the Bond franchise has grossed over $13billion. An exhibition titled ‘Designing 007: Fifty Years of Bond Style’ is now showing in Dubai at the Burj Khalifa and Dubai Mall. 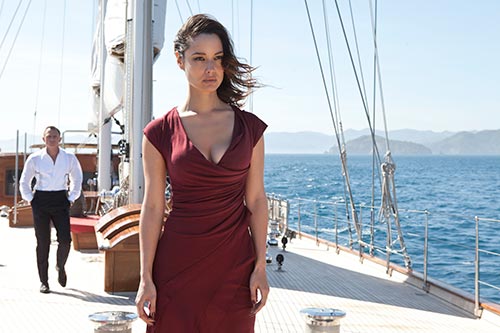 The travelling exhibition that was initially set up in 2012 to celebrate the 50th anniversary of Bond has over 500 items on display The Annex, Burj Khalifa, and the Burj Khalifa. These include props like the jaws from The Spy Who Loved Me to the Scaramanga’s golden gun from The Man With The Golden Gun. For those in love with the agent’s high-tech weapons, there’s the sniper rifle issued by the screen version of MI6. There are several sketches that show the progression of the scenes to better understand the cinematography involved to make those memorable movie clips that have endured for generations. 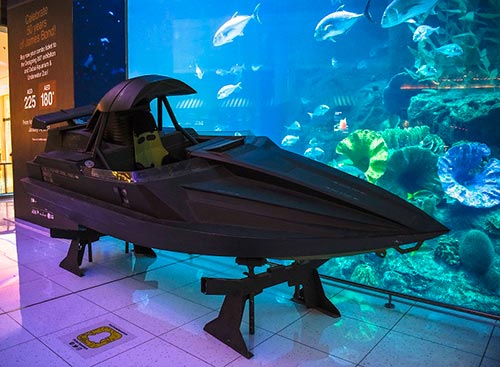 Also on display are the sartorial styles of Bond, his romantic interests and the villains that he ultimately decimates every single time. Roger Moore’s white tuxedo jacket from Octopussy, Halle Berry’s orange bikini from Die Another Day and Spectre villain Oberhauser’s outfit is also on display. An interesting side note: Bond’s villains never wore ties. 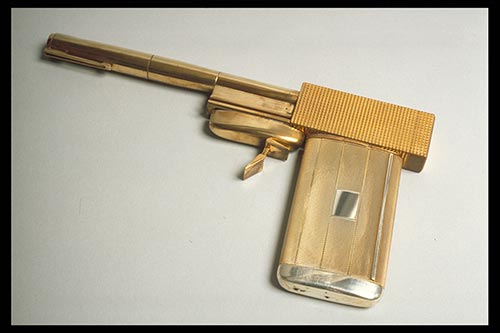 There are some larger than life props from the film that are also part of the exhibition. There’s a helicopter parked outside Reel Cinemas on level 10. Then there’s the Q Boat from The World Is Not Enough stationed outside the aquarium in the Dubai Mall and also a full-sized Aston Martin DB10 positioned at the entrance to At The Top, Burj Khalifa, on the lower ground level. The exhibition that kicked off last week will be on until February 13, 2017. 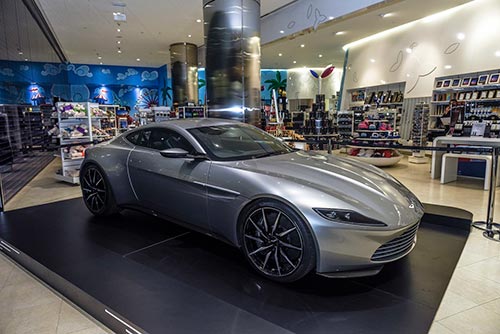 An Aston Martin from the James Bond franchise parked on the ground level entrance to At The Top, Burj Khalifa.