All you need to know about the Dubai International Film Festival

The celebrities, the films and the events to watch out for at DIFF.

The 13th edition of the Dubai International Film Festival is underway. The festival kicked off last night with a screening of Miss Sloane and an opening ceremony attended by cinema royalty from around the world. The big moment was of course screen legend Samuel L Jackson, Bollywood’s Rekha and French-Lebanese composer Gabriel Yared receiving their Lifetime Achievement Awards.

This year’s edition will showcase 156 film, documentaries and shorts from 55 countries. Nearly a third of those will be world premiers. Among the regional premiers, one of the most exciting will be the Rogue One: A Star Wars Story that will close the festival on December 14.

Apart from screenings, there will be a few sessions dedicated to moderated panel discussions between A-list celebrities. The ‘In Conversation’ programmes will be conducted with Samuel L Jackson, Jeffery Wright and Luke Hemsworth, among others. 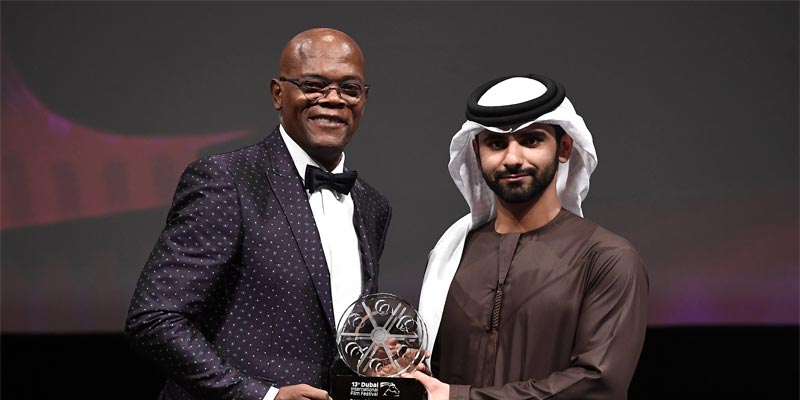 The Eagle Huntress documentary will be screened at DIFF 2016.

There’s plenty of Hollywood screenings on offer from psychological thrillers like Nocturnal Animals to biopic Jackie starring Natalie Portman. As a twist to the conventional film festival format, this year DIFF plans to screen ten virtual Reality (VR) films. The eclectic documentary selection includes The Eagle Huntress that tells the tale of a Mongolian girl who battles against tradition and prejudice to follow her passion and German documentary film Gaza Surf Club. Bollywood will of course raise its hand at the festival too with the screening of Befikre, a rom-com starring Vaani Kapoor and Ranveer Singh.

One of the biggest draws of the DIFF that sets it apart from other global film festivals is that it encourages Arab and Emirati filmmakers to showcase their work. They will in turn compete for the Muhr award at DIFF that rewards the finest film from the region. In contention this year is Lebanese director Georges Hachem’s Still Burning (Hachem won the Muhr award in 2010) and Egyptian director Kamla Abou Zekri’s A Day For Women. Emirati director Ali F Mostafa is also showing his film The Worthy.

The festival will go on until December 14th with most of the events and screenings scheduled at the Madinat Theatre, the Madinat Area, Vox cinema at MoE and The Beach, JBR.