Clubs to party, places to stay, restaurants to eat and live gigs you shouldn’t miss at the race weekend beginning tomorrow.

The final race of the season is set to be a firecracker. With Lewis Hamilton hunting down teammate Nico Rosberg, the Abu Dhabi Grand Prix will decide who among the two are crowned as the 2016 F1 world champion. But there’s going to be a lot going down off the track on the sidelines of the race too. Here, your definitive Abu Dhabi GP entertainment guide.

Mad on Yas Island: T-Pain will be performing at Beirut concept club Mad on Thursday, November 24. On Friday, British artist Rita Ora and Jamaican hip hop singer Sean Paul will take to the floor of the club. On Saturday, Travis Scott will perform, followed by Future Play on race day on Sunday. Did we mention that entry is free for women? 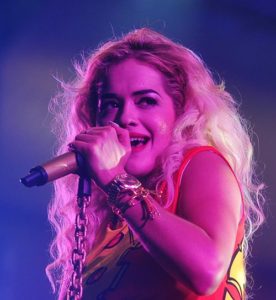 Rita Ora will perform at Mad on Friday.

Cipriani VIP Room Yas Island: French pop-up nightclub VIP Room has partnered with Cipriani for the F1 weekend. Drake will be performing at the party on Saturday hosted by Rihanna’s brother McRorrey Fenty. On Friday though, expect A-lister Paris Hilton to attend and even get within the DJ’s bay for a few numbers. Drake will also be hosting the after-party on Sunday. 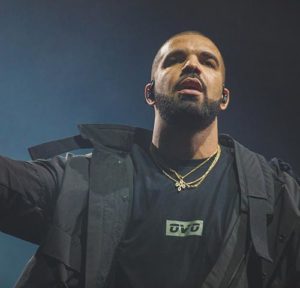 Drake will performing at the Cipriani VIP Room on Saturday.

Iris Yas Island: Some of the world’s top DJs including Nic Fanciulli and Mahmut Orhan will be at the console at Iris. Electronic music duo Hvob will be preforming here on Friday. 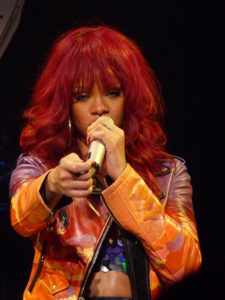 Rihanna will perform at the du Arena on Sunday.

Live gigs: Yas Island’s du Arena is where the action’s at from Thursday until Sunday. Mr Worldwide aka Pitbull will set the tempo by performing there on Thursday. British electronic music maestros The Chemical Brothers will be performing the following day. On Saturday Lionel Richie will take to the stage. But the biggest concert will undoubtedly be when megastar Rihanna takes over the arena to close proceedings just the new f1 world champion takes to the podium on Sunday.

Iris: While the party with Fanciulli and Orhan go on indoors, step outside to the open-air rooftop bar for some Asian and Mediterranean nibbles as well as drinks to go along. There’s plenty of greenery built into the bar’s layout and a stunning  view of the marina too.

Yas Viceroy: While the glass panels on this architectural masterpiece lights up in bright colours, the F1 spectacle gets a whole lot more exciting when you see the F1 cars drive right under the bridge connecting the two wings of the hotel. All the rooms in this five-star resort feature floor-to-glass windows so expect a great view of the race right from your room itself. 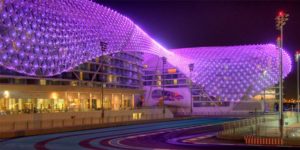