In the automotive arms race, only a select few will survive this year

It’s the fastest, most powerful production Ferrari ever. This supercar comes with bittersweet memories for Ferrari purists. It’s the first Ferrari to have power steering and the last to feature a naturally aspirated engine, ending a 70-year era to make way for a new generation of cars that will be kinder to the ozone layer. The 812 Superfast is the successor to the F12 Berlinetta, and the men at Maranello have managed to build this car with 60 horses added to the engine and no significant increase in the car’s weight. It’s why the Italian brand is a serious force to reckon with in the world of supercar engineering. 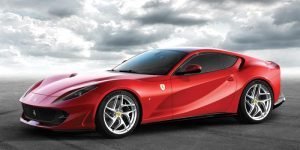 The coupe version of the Huayra with a fixed roof has been around for a while now. This year, Horacio Pagani decided to build a roadster supercar and knock off the roof. To ensure that the car was rigid and stable at high speeds – Pagani’s are reputed to be flat-out speed demons – his team created carbon fibre-titanium hybrids, which also meant that they were able to shed 80kgs when designing the open-top version as compared to the coupe.

There are only 100 roadsters built and they are priced at $2.4 million a pop. But don’t reach for the cheque book — although it’s set to make a formal debut at the upcoming Geneva Motor Show, all the units are already sold out. 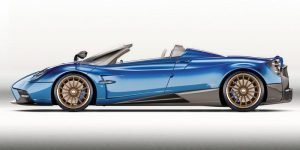 BMW has struck significant success in the hybrid sportscar category. On the eve of its third anniversary, the i8 has moved into stealth mode with this limited-edition car that will have a custom all-black matte paint job and bespoke interiors. That includes a new spoke design for the wheels, and interiors appointments to sharpen the cabin’s aesthetics, including changing up the colour of the stitch on the seats, a new colour for the seatbelts, and using ceramic on the cars controls too. 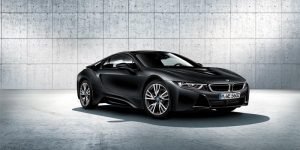