The most radical cars unveiled at the automotive mega fair.

The world’s best carmakers have assembled at this biennial event to showcase their finest concepts and production-ready variants from multi-million dollar supercars to everyday runabouts. Here are four of the standout cars from this year’s motor show. 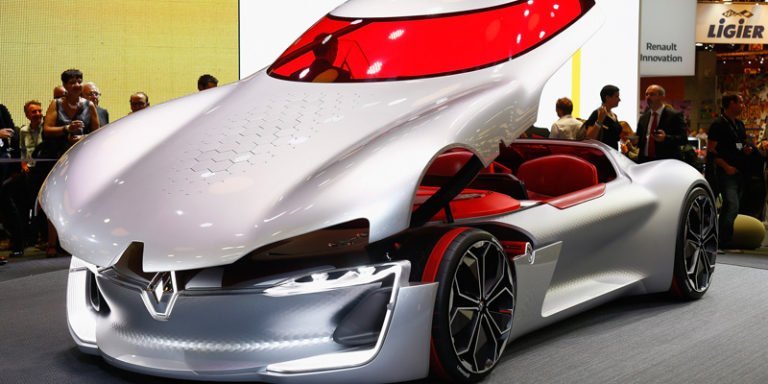 It’s sliding roof lifts off to allow passengers to enter and exit this ride.

Scissor, suicide and gullwing car doors are all 2015. Renault’s done away with conventional doors altogether and instead has a sliding roof that lifts off to allow passengers to enter and exit this ride. This two-seater electric concept car has an engine borrowed from the brand’s Formula E racecars – it stacks up to 349hp of power and 380Nm of torque. This fantasy GT car can hit 100kph in less than 4 seconds and that’s mainly because of its light carbon fibre frame. 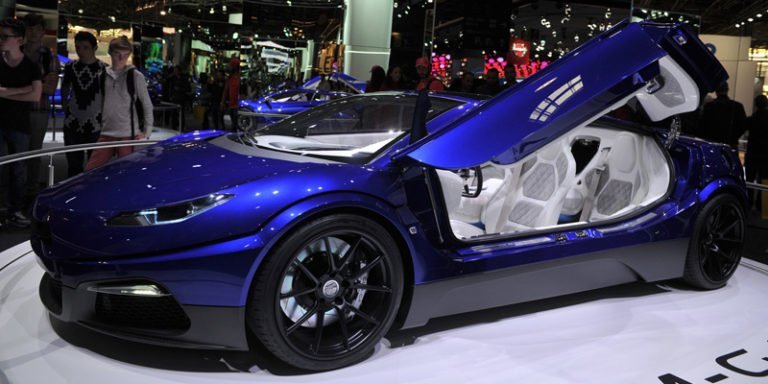 This Kyoto-based electric vehicle startup has built a supercar with a range of 400km.

You probably haven’t heard about GLM before – and that’s okay. This Kyoto-based electric vehicle start-up has largely flown under the radar, but shined brightly at the Paris Motor Show with a new supercar. This supercar has an electric engine capable of rustling up 536hp of power and a 1000Nm of torque, thereby sticking it to several conventional fossil-fuelled supercars. The calling card of this ride is its range – GLM claims that it can travel for 400km on a single charge. 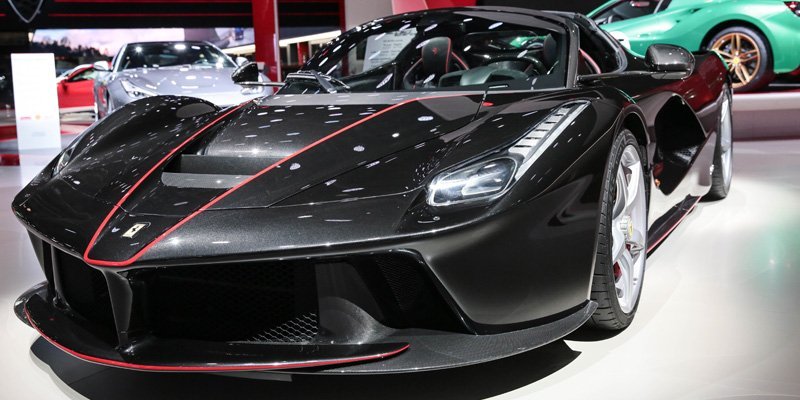 It costs $3.9 million a pop and is already sold out.

It isn’t a motor show until Ferrari shows up to the party, right? This open-top hypercar is based on the LaFerrari that turned out to be an absolute rage among the global hypercar community. There’s been some tweaking to the carbon fibre chassis of course, but what’s carried on straight from the parent vehicle into the Aperta is that glorious 6.3-litre V12 that works in tandem with a an electric unit to produce 950hp of power. It can hit 0-100kph in less than three seconds and has a top speed of 350kph. It costs a numbing $3.9 million, and even if you did have that as spare change you’d still not be able to buy one – Ferrari has said that it’s already sold out.

The fifth gen of the ‘disco’ is here.

The fifth gen of the ‘disco’ is here. Land Rover claims that it’s faster, cleaner, lighter and yet bigger than its predecessor. The brand’s Ingenium engines have been pressed into service in this new Discovery. Add to that a weight reduction of 480kgs from the previous model and this SUV is a fuel-efficient beast that won’t punch a massive hole into the ozone layer. This full-time four wheel drive boasts of an air suspension that can lower or raise the height of the SUV. it also has a decent wading depth and several off-roading driving modes to ensure that this city slicker can take on the rough stuff too when it’s time to depart from perfectly paved roads.