Where craftsmanship meets innovation: GC goes behind the scenes in McLaren’s state-of-the-art factory

When McLaren chairman Ron Dennis put his considerable stamp on the design of Lord Norman Foster’s futuristic factory, it included a suggestion to reduce the length and width of the 20,000 square metre facility by precisely one metre. Why? Because he had calculated it would eliminate the need to trim a single one of the 218,000 ceramic floor tiles in the facility in the British town of Woking. 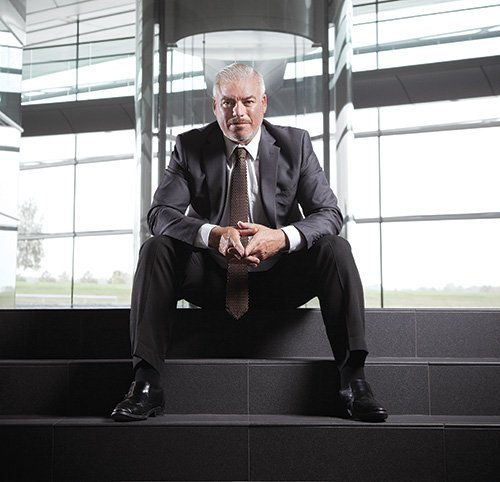 You can take it as read, then, that the construction of the cars that emerge from the now fully operational building is nothing short of meticulous. The first model to leave the line following the factory’s opening in 2011, the MP4-12C, is now in the run-out phase having been superseded by the updated 650S, each one of which takes 10 days to assemble from scratch, entirely by hand and without the aid of a single robot.

In some ways, the insistence on relying on manual craftsmanship seems at odds with the ultra high-tech surroundings, where even the height of the trolleys carrying components is kept uniform to ensure that everyone has an uninterrupted view across the pristine factory floor. But when you see firsthand the love and skill which goes into making these cars, not to mention the finished result, the difference between a McLaren and more mass-produced supercars soon becomes apparent.

It is important to remember too that McLaren Automotive has a considerable reputation to uphold. As well as being a showcase for one of the most successful Formula One constructors in history, its new generation road cars must continue the legend of the original, street-legal McLaren, confusingly called the F1, which was produced in little more than 100 examples between 1990 and 1998.

With a bespoke 12-cylinder, six-litre engine producing 627 horsepower and a futuristic, three-seater body which put the driver in the middle, it remains the fastest non-turbocharged car in history, having recorded a top speed of 240mph in March 1998. Although not exactly cheap at $863,000 plus tax when new, F1s are now regarded as a blue chip collector’s car valued at more than $3.2 million apiece.

The F1’s 20th century successor, the P1, caused considerable excitement when it was unveiled at last year’s Geneva show, not least because of its hybrid power train technology which combines a 727 horsepower, 3.8 litre, twin turbo V8 engine matched with a Kers electric motor producing a further 176 horsepower – sufficient to provide a top speed of 239 mph.

Due to the $1.4 million P1’s handmade nature, just 375 will be produced, followed by a small number of 986 horsepower, track-focused GTR models which will follow the precedent set by cars such as the 650GTS and 650S – race-optimised versions of the already blisteringly capable 650S.

The man behind every new model to have emerged from McLaren Automotive since its opening three years ago is designer Frank Stephenson, who moved to the firm in 2008 after an already illustrious career during which he created cars such as the new Mini, the BMW X5 and the Ferrari F430.

The P13 is intended to go head-to-head with the Porsche 911, although it won’t be built in anything like the same volumes

The first thing he admits is that the MP4-12C (which later came to be known simply as the 12C) was not quite the car it should have been.

“In any business it is essential to make the investors happy and the whole financial strategy behind McLaren Automotive depended on releasing the 12C to a strict deadline – and just a month before that deadline, the company supplying the IRIS infotainment system pulled out. That meant finding a quick replacement and as a result, the car was probably launched earlier than it should have been.

“The dynamics and performance were well received but until you drive the 650S, you don’t see the big jump that has taken place between the two cars. Making such an advance in a short space of time is actually quite usual for McLaren since the company is effectively a racing team which also builds road cars.”

Right now, Stephenson is hard at work on the new baby McLaren, the P13, which is set to be the marque’s most affordable product yet as well as its most prolific, with up to 2,500 cars per year expected to be built. 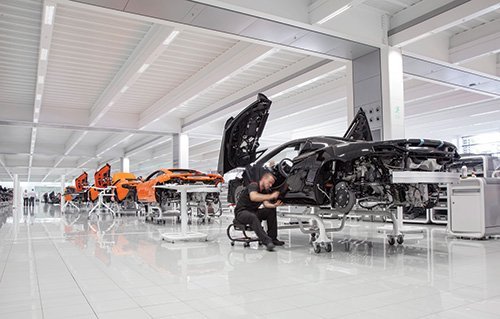 “The P13 is intended to go head-to-head with the Porsche 911, although it won’t be built in anything like the same volumes,” Stephenson says.

“It is a car which will have lots of interior space and be highly aspirational and very McLaren-like – but it won’t imitate anything that has gone before. It will be a very usable car and one which is neither overtly masculine nor overtly feminine.”

On the issue of hybrid power, Stephenson adds: “For us, hybrid technology is much more than simply a green issue. It is all about how to make a car run better.

“The P1, for example, carries such large turbochargers that the electric motors help to reduce turbo lag. Having said that, I don’t see hybrid drive as being the be-all and end-all of propulsion.”

But regardless of what the P13 proves to have under its bonnet (or, more likely, its rear-mounted engine cover), perhaps the most exciting aspect about it is that it will bring McLaren engineering within the grasp of many more people.

“It will be priced at between one half and one third of the cost of a 650S [at about $160,000] and be available in two versions with a large number of bespoke elements. It’s definitely going to be a shaker in the market.”

But what car carrying the McLaren logo wouldn’t be, one wonders?

The Power of the McLaren Name

McLaren was founded in 1963 by 26-year-old New Zealander Bruce McLaren, whose parents ran a service station outside Auckland. His insistence on hanging around the workshop led to them giving him an Austin 7 to use in hillclimb events when he was just 14 – and within five years he was runner-up in the New Zealand championship series, driving a home-tuned F2 Cooper-Climax.

McLaren’s talent was spotted by Australian driver Jack Brabham and in 1958, he became the first person to be selected for the New Zealand GP association’s Driver in Europe scheme, which gave him the opportunity to race with and against some of the top names in the sport.

After that, he never looked back. The Cooper team signed him in 1959 and McLaren immediately won that year’s US Grand Prix at the tender age of 22, established his own GP team in 1965 and won his first race in his own car at Spa in 1968.

But it was in the Can-Am series of sports car races that the McLaren name truly dominated, winning all 11 races in 1969 – and it was a Can-Am car in which McLaren died the following year after the rear bodywork of his M8D came adrift causing the car to spin and hit a bunker during testing at the Goodwood circuit. He was just 32.

The team nevertheless forged ahead, winning the F1 championship in 1974 and 1976 with drivers Emerson Fittipaldi and James Hunt before its performance waned and it merged with Ron Dennis’s Project Four Racing.

Dennis went on to buy the team in 1981 and it is under his influence that McLaren turned from just another car marque into an international, high-end brand – and nowadays it seems hard to believe that it had its origins in a tiny garage on the other side of the world.

Its headquarters in Woking, Surrey (the town where Dennis grew up), is called the McLaren Technology Centre (MTC), designed by Lord Foster and opened by the Queen in 2004.

It is home to the seven companies in the McLaren Group, with the main building covering 57,000sq m and boasting acres of glass, sweeping curves and soundproof windows behind which technicians work on F1 components that will be used several seasons hence.

McLaren Automotive is linked to the MTC by a network of clinically clean underground corridors – giving the feeling the only thing missing is a James Bond nemesis.

There is also a multimillion-pound F1 simulator that is said to be indistinguishable from driving the real thing, a 145-metre wind tunnel and an underground visitor and learning centre, with the whole place being cooled by 50,000 cubic metres of rainwater which circulates through a natural reed bed. Indeed, the building is so remarkable that many of the suppliers of the lavish materials that went into its construction provided their goods for free, just so they could say they had a part in it.