The Jaguar F-Type R Coupe goes into full-on sports mode at the push of a button.

Considering the car world’s love of jargon and acronyms, it must be getting decidedly difficult to find new ones. But a journalist colleague came up with one of the best I have ever heard just seconds after settling into the passenger seat of Jaguar’s F-Type R Coupe. It was ‘crackle button’, in reference to the addictive electronic switch which puts the car in full-on sports mode.

Such devices are ubiquitous on today’s high-end motors but I don’t think any are as good at effecting the instant transformation from street cruiser to street fighter as the one on Jaguar’s latest high performance coupe. And one of the reasons is that it results in the loudest, baddest, most spine-tingling exhaust crackle you will find this side of a race car.

With hindsight, it was quite possibly overindulgence with the crackle button that encouraged the three gendarmes in a Peugeot hatchback to flag me down with a luminous baton as I approached the port of Calais at 4.30am after a fabulous nocturnal blast across the whole of France from east to west. In actuality, I was only travelling at 12mph above the speed limit and had not seen another car for miles, so my behaviour was hardly up there with the 200mph antics of Tokyo’s legendary Midnight Club street racers.

But I must admit, the growling, grumbling, loud-howling F-Type, with its travel-stained Salsa Red paintwork, satin black Centrifuge wheels and bug-spattered windscreen did look more than a little bit naughty. They demanded 90 euros and sent me on my way – but only after requesting a few throttle blips so they could take a last listen of the crackle.

As its name suggests, the F-Type R Coupe is the souped-up, hard-top version of the F-Type convertible which was launched to great acclaim in 2013 with two V6 engine options or a non-supercharged 495 horsepower V8. 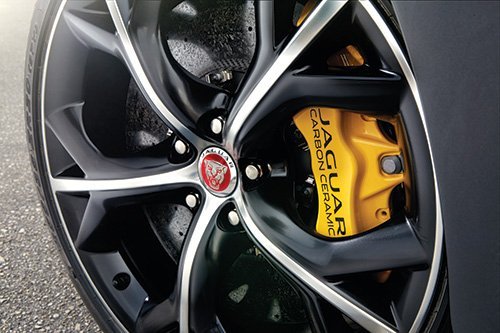 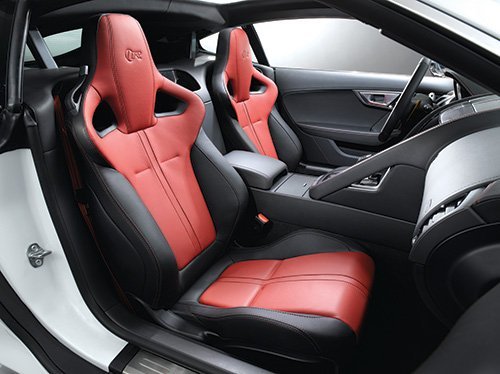 I loved the convertible but love the coupe even more. Apart from being considerably more practical – for starters, the boot can accommodate more than just a sponge bag – it simply looks superb from any angle and is reminiscent (albeit it slightly) of the legendary E-Type of the 1960s.

It’s less expensive too, with the entry level model (which uses the least powerful V6 engine) starting at just under $80,000 – although after sampling the R Coupe with its 550 horsepower supercharged V8, it is unlikely you will believe less is more.

What might persuade more purist drivers to opt for the V6, however, is the recent news that supercharged versions can now be specified with a six-speed, manual gearbox instead of only the eight-speed quickshift automatic – although the announcement also coincided with the arrival of a four-wheel drive option for the V8 R. Plus you will also be able to get the convertible with the R engine.

Have you ever had the feeling you are spoiled for choice?