Cadillac has drawn from every era and element of its rich heritage to deliver the most advanced, most luxurious and one of the most important vehicles the brand has ever produced, serving as the flagship for the brand’s electric future.

“Celestiq is the purest expression of Cadillac, acknowledging our incredible history and driving us to a bolder and brighter future,” said Global Vice President of Cadillac Rory Harvey. “It is a completely bespoke work of automotive art, built around the most advanced and innovative technology that we have ever engineered into an automobile.”

The Celestiq story is built on legacy, with its design, cutting-edge technology, and personalised luxury rooted in Cadillac’s history of building handcrafted, iconic vehicles.

Its exterior and interior design are inspired by vehicles from the luxury marque’s past, particularly the pre-war bespoke V16 coaches and the hand-built 1957 Eldorado. It shares many design elements with the Cadillac Lyriq luxury electric crossover, namely the front “grille” LED lighting display, which features similar vertical lighting signatures on both sides, horizontal accent lights, and a lighting pattern across the glossy black grille display.

The design, features, materials and technologies include Ultra Cruise, GM’s upcoming driver assist technology that will allow for hands-free driving in most real-world scenarios. In fact, the Celestiq will be one of the first vehicles to boast this technology.

The Celestiq is also the first vehicle to feature Suspended Particle Device (SPD) SmartGlass, which allows the passenger to toggle the roof’s opacity to their preference by applying an electrical charge to particles, while also delivering several secondary benefits such as greater headroom and increased driving range. Inside, the Celestiq has five interactive HD infotainment displays, including a massive 55-inch LED display spanning the width of the dash, which includes digital electronic blinds to prevent the driver from being distracted by the passenger’s screen.

The 2024 Cadillac Celestiq rides on GM’s BEV3 platform and uses a 111-kWh battery pack driving a two-motor setup for all-wheel-drive propulsion. The ultra luxury sedan facilitates a 200 kW DC fast charging system that can add up to an estimated 78 miles of range in just 10 minutes at certain charging stations. In addition, the advanced AWD system can disengage the front or rear drive motors as required to provide optimal torque to enhance ride quality and electric driving range.

Total system output is a GM-estimated 600 horsepower and 640 pound-feet of torque. Unlike other Ultium-based EVs, the Celestiq has unique 11.59:1 front and 11.63:1 rear gear ratios, which are specially designed to optimise range and performance. The impressive horsepower and torque numbers enable the vehicle to achieve a zero to 60 mph acceleration in a blistering 3.8 seconds.

There are four available design themes instead of trim levels for the Celestiq, and each provides a starting point on which the vehicle can be fully customised. These themes are Aurora, Mist, Vale and Magnetic, each providing a different color scheme to lend a unique personality to the Celestiq while still allowing its buyers to customise every aspect. 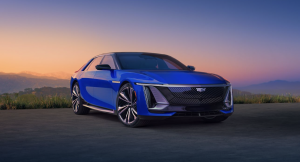 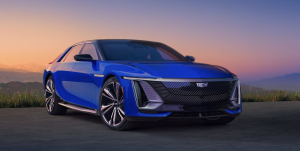 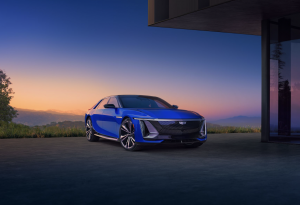 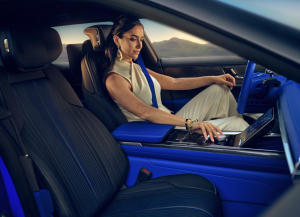 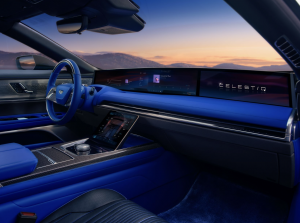