Could the Concept 8 Series be that car that takes BMW to the top of the pack?

At the recently concluded Concorso d’Eleganza Villa d’Este in Italy, German carmaker BMW has showcased a new BMW 8 Series coupe concept. You may recall that BMW already had a stunning 8 Series in the Nineties, before ceasing production around 20 years ago. 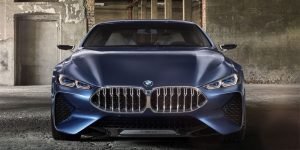 BMW has felt the time is right to revive that automotive jewel and is expected to have a production version ready as early as next year. It will be the flagship coupe in BMW’s arsenal and will have its sights trained on the range-topping models from its Bavarian rival Audi and Mercedes-Benz.

The Concept 8 Series, as it is named at the moment, doesn’t yet have officially confirmed engine specs. Yet, you can assume that the variants could include a turbocharged 3-litre six cylinder, a 4.4-litre V8 and an M Performance version 6.6-litre V12 the doesn’t hold back or show restraint in drag races. 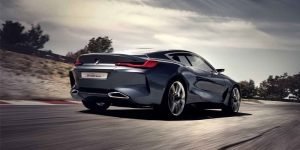 The car is expected to be available in showrooms before the end of 2018, and this specific car is the headliner amongst a number of new cars that BMW plans to debut as part of its Next Number One programme that aims to take it pole position among the Big Three German carmakers in its segment.