The Ayyam Gallery that began life in Damascus and then later shifted to Dubai celebrates its tenth anniversary this year.

“From the beginning, our goal was to find talented artists who had something to say and all we wanted to do was give them the proper platform and support to do it,” says Hisham Samawi co-founder of the Ayyam Gallery, reflecting on a decade of work.

The Ayyam Gallery was founded in Damascus in 2006 by Hisham and Khaled Samawi, two cousins and art aficionados of Syrian origin, raised in the West who set out to uncover the Syrian contemporary arts scene.

What they discovered was numerous young Syrian artists who were generating quality work on an international level. “Each artist had his or her own vision. Considering they were living in Syria at the time, they didn’t have much global exposure because Syria at the time was still pretty closed off, they were still able to create relevant art,” recalls Hisham. 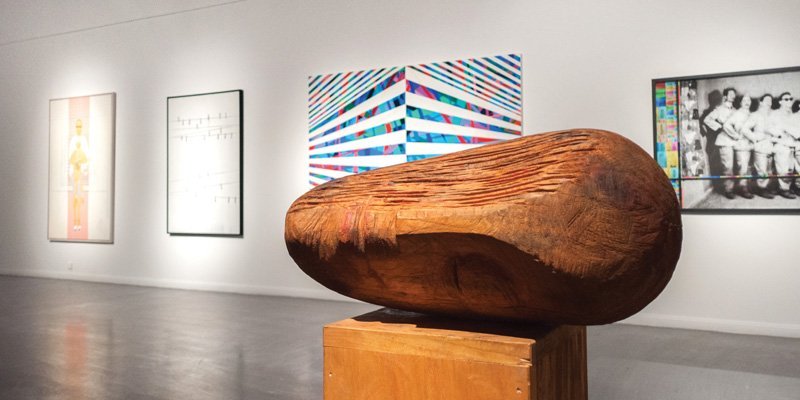 However, despite this calibre of work, there were very few art collectors and the cousins took it upon themselves to foster the work of these talented Syrian artists. They opened a gallery in Damascus and promoted the bulk of the works by word of mouth and diverting foot traffic from the Damascus Four Seasons Hotel, where they would hang some of the paintings.

Today Ayyam Gallery is one of the leading commercial galleries specialising in a roster of Arab and Iranian artists. The gallery was the first to move into a warehouse in Al Quoz, in the area now known as Al Serkal Avenue, at a time when it was not even zoned for commercial activity. They also have branches in Dubai’s financial district, Jeddah, Beirut and London. In addition to raising exposure of Middle Eastern art to a wider audience, the gallery has played a crucial role in the preservation of Syrian art during the conflict.

“I remember we were at Art Dubai the day the conflict started in Syria in March 2011. At the time, we didn’t know whether it would blow over or escalate,” says Hisham. “We had to make a quick decision and we didn’t. It wasn’t worth the risk. If things got worse, it could really compromise the future of Syrian art forever.”

The Samawis relocated the gallery’s headquarters from Damascus to Dubai as well as 20-25 Syrian artists, their families, and some 22,000+ works of art from Damascus over the course of three years. This move not only ensured the artist’s personal safety, but also the freedom to work and the legacy of Syrian art.

Hisham explains, “It was important for us to allow the artists to have that freedom, that safety to work. We couldn’t take the risk of our artists being hurt, or their works being destroyed.”

Over the years, many Ayyam’s artists have gone on to receive commercial success and international recognition. “In the early days, in Damascus, there were so many deals to be had. Most pieces were $1,000 – $2,000 in the beginning, even Safwan Dahoul was selling for $5,000. Now some of his works are selling for over $200,000…” 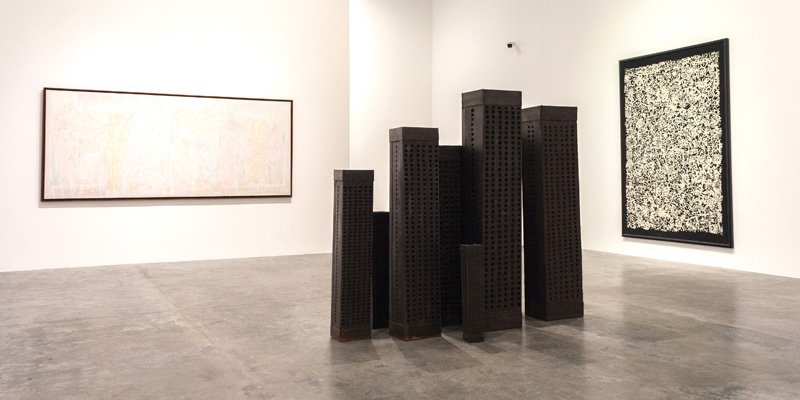 Tammam Azzam, who first exhibited with Ayyam in 2010, achieved worldwide acclaim in 2013 when his image Freedom Graffiti, featuring Gustav Klimt’s The Kiss superimposed on a bombed out building in Homs, Syria went viral. “It’s a beautiful image that shows how destructive and creative man can be all at once,” reflects Samawi.

To celebrate the gallery’s 10th anniversary, the gallery is currently featuring work from the 52 artists who have had a solo exhibition in any of the gallery’s six venues, titled 10:52. Predictably, many of the art pieces deal with war and regional conflict.

“The conflict weighs heavily on our artists,” says Hisham contemplatively. “They miss their home and families. Many of them are contemplating their displacement from the place that their ancestors have always lived and they always thought they would live in.”