The much-awaited Guggenheim Abu Dhabi just moved a step closer with a sneak peek at its collection.

Art enthusiasts patiently awaiting the opening of the Guggenheim Abu Dhabi are being given a tantalising taste of what is to come. The exhibition Seeing Through Light: Selections from the Guggenheim Abu Dhabi Collection on Abu Dhabi’s Saadiyat island, where the museum quarter will eventually be established, gives a sneak peek of what the collection will look like when the art museum finally opens to the public in 2017.

For the last five years, Guggenheim curators have been assembling an impressive collection of international art from 1960 onwards. Of the 250 works acquired, 16 are on view in the exhibition, including two loans from the permanent collection of the Guggenheim in New York.

“When we sat down and started thinking about how we would organise this first exhibition and looked at themes in the collection of the works we [have] acquired, the use of light as a primary aesthetic in art really came forward,” says Susan Davidson, senior curator of collections and exhibitions at the Guggenheim New York.

“Light had a lot of resonance, not only in the region but also in poetic and artistic alliances. It is something that can be seen through multiple lenses, if you will.

“In the Middle East, there are serious amounts of light in the daytime with the sunlight. There is also lots at of light at night, in terms of the wonderful amount of neon and signage and the way evening light occurs. It can also be read from a social change point of view.” 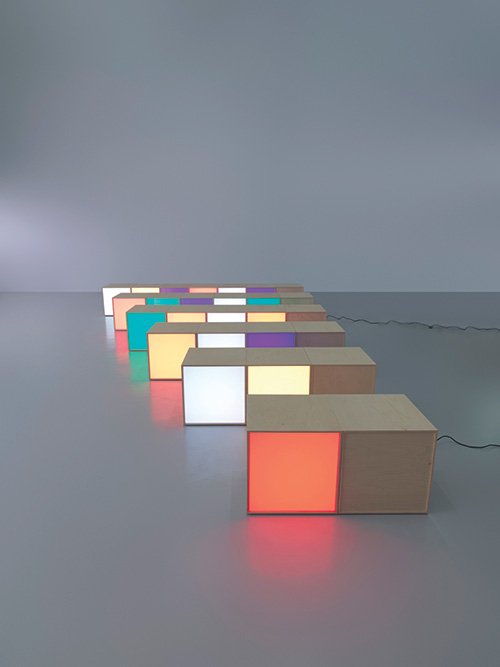 The show is organised thematically on different kinds of light: activated, celestial, perceptual, reflected and transcendent. Some of the pieces are experiential, including Yayoi Kusama’s Infinity Mirrored Room – Filled with the Brilliance of Life. Japan’s best-known living artist, Kusama’s work often drawn from her battle with mental illness and hallucinatory visions. The mirrored room reflects water on the floor and hundreds of suspended LED lights, creating a transcendent and otherworldly experience for the viewer.

The collection has been assembled with the UAE’s diverse demographic in mind.

“It is a very transcultural selection. With the pop art that began in the 1960s, we did not just look at the US or Europe. We are constantly looking at it globally and seeing how these dialogues relate to one another,” says Davidson.

“I think there is a newness to what is happening [with art in the UAE]. That is what is so exciting. It is also one of the reasons why we did not go so far back in history with setting up the collection. We wanted to be current and relevant.”

With many of the established art events in the region focused on selling art, such as Dubai and Abu Dhabi’s art fairs, and with a relatively nascent understanding of art, the Guggenheim Abu Dhabi is using this exhibition and its accompanying programmes of workshops and talks to educate the public on fine art. An evening of light and electronic music is planned for December 11, including a special live performance by the Egyptian artist Hassan Khan, one of the featured artists in the exhibition. 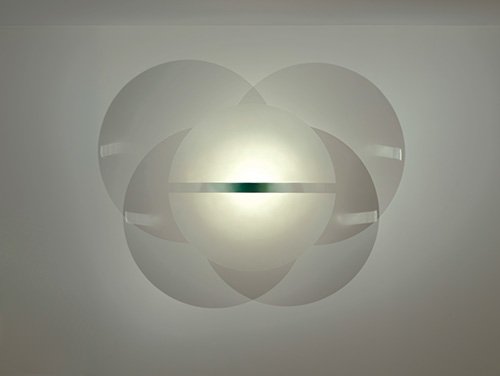 In January, Mexican-Canadian artist Rafael Lozano-Hemmer will display Pulse Corniche in Abu Dhabi, a canopy of powerful light beams projected onto the sky by some of the world’s strongest robotic searchlights. The brightness and orientation of the lights will be controlled by the heartrate of visitors to the Corniche.

Seeing Through Light: Selections from the Guggenheim Abu Dhabi Collection is free and runs until January 19 next year in Manarat al Saadiyat in Abu Dhabi.