The award-winning photographer, Gérard Rancinan, on what it’s like to photograph world figures and the inspiration behind his art.

“The truth is, I don’t care for the terms photojournalist or artist. I am a photographer,” says Gérard Rancinan humbly, despite being one of the most accomplished photojournalists in the world covering wars, riots and natural disasters before pursuing portrait and fine art photography. “I think a photographer is a witness. If you are a wedding photographer or a war photographer, you are the same witness. There is no difference or hierarchy.”

Born in France in 1953, Rancinan started his career in the photo department of a daily newspaper at just 18 years of age. As a photojournalist, Rancinan has travelled the world covering everything from war to international sporting events. “I learned a lot in those years. In those situations, you are very close to the skin of what’s happening in the world, the real issues,” says Rancinan who was in Dubai in October for an exhibition of his work at the Opera Gallery in DIFC. “But sometimes, it can be too much. Its impossible to be objective, you are human after all. And to go from shooting Israelis to Palestinians and then flying to Lebanon, it’s complicated and overwhelming.” 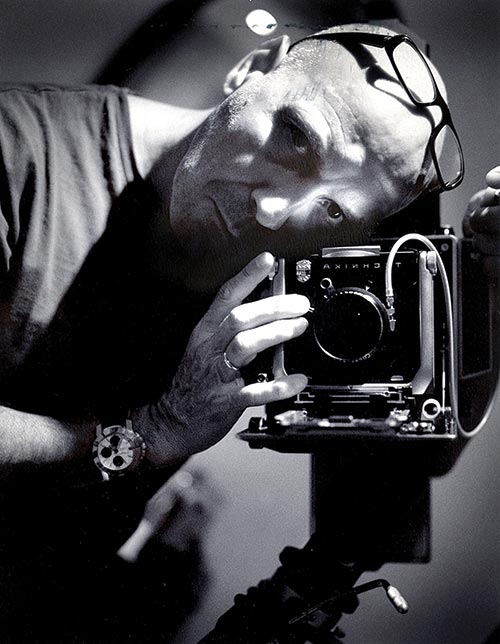 His work has appeared in some of the most prestigious publications in the world including TIME magazine and Sports Illustrated and Vanity Fair. He is the only person to have won the World Press Photo of the Year six times. But despite these accolades, Rancinan took a step back from photojournalism to pursue portrait photography, an endeavour that saw him shoot world leaders such as Yasser Arafat, Hosni Mubarak and Pope John Paul II among many others. However, the artist did not find it the least bit intimidating. “I don’t mean to be impolite, but I don’t care about these people,” says the artist humorously. “To me, it’s still kind of like an art performance. All of the portraits are done in an artistic way.”

His work shows an uncanny ability to equalise and humanise these larger-than-life figures. On a trip to Cuba, he brought Fidel Castro to the cliffs overlooking the ocean, glancing towards America, in defiance. The Dalai Lama smiles warmly at the camera in front of a stunning Himalayan backdrop. Alexander McQueen, enrobed in the Union Jack, looks off pensively into the distance.

Though Rancinan mostly remains inured to the celebrity status of his subjects, the one exception in all these years was when he photographed Peter Benenson, the founder of Amnesty International, before he passed away in 2005. “I wanted to meet him and he accepted. His house was very small, just one bedroom, two or three books on a shelf, and a map of the world. I thought to myself, here is this incredible guy, so powerful, more than any politician I’ve met, but he’s so modest,” says Rancinan reverentially. “And he’s so witty,” he adds. “He really made me laugh.”

Rancinan asked the human rights activist, “What makes people free?” His response was, “People can never be free, because they always live in fear of something.” The meeting proved life-changing for Rancinan, altering his perspective on human nature and strongly influencing his work. “My work today is about that conversation,” he says.

In the past two decades, Rancinan has been channelling his creativity towards fine art photography. In his carefully composed shots, with elaborate sets and costumes, he draws from his years as journalist and observer offering criticism on modern-day life. But, Rancinan doesn’t see it as a large departure from his early career. “What I’m doing with my art is the same as the work I did as a photojournalist. Only a blind guy can shoot a truly objective photo. You choose the subject, the frame, you choose the time when you shoot. It is still an interpretation of reality, it’s a filter. Conflict photography is not better just because it’s dangerous,” says the artist passionately.

Indeed it’s not. Arguably, Rancinan’s fine art photographs are as shocking and thought-provoking as the finest examples of photojournalism. The Batman Series indicts the contemporary picture-perfect family that is obsessed with consumerism. The Metamorphosis series reinterprets masterpieces. Leonardo Da Vinci’s The Last Supper transforms into The Big Supper, a commentary on fast-food addiction and obesity.

“The goal of the art is to mirror our society. I saw an American family walk into the gallery, look at [The Big Supper] and laugh, but after 30 seconds, they stopped smiling, because they saw themselves,” he says. In one particularly arresting photo, The Feast of Crumbs, black-winged punk angels, representing humanity, fight for scraps at the last supper table after Jesus Christ has left. “An artist has to be a witness, involved with our society. Otherwise it’s just decoration, it’s just expensive decoration.”