Apical Reform is one of the most exciting design studios to emerge from the region in years. Established in 2011, they are a multi-disciplinary design studio dedicated to creating one-of-a-kind design, art, and installation works that combine the best of crafts with cutting edge production technology.

Based in India, the studio is comprised of a young, forward-thinking group of creatives. They started as an interior and architectural studio, working on both residential and commercial projects, but as the team evolved, so did their vision. “I think the seeds for us eventually concentrating on product design were laid when I and my design director, Darshan Soni, started working together,” says principal and founder, Amrish Patel. “We knew we didn’t want to be one amongst the many firms already in the business. We sought to stand out in the minutest of details for our initial projects. Be it door and cabinet hinges, wall cladding systems, flooring details – we didn’t rely on what was in the market; we created our own products.” 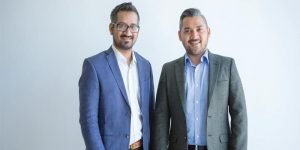 The studio now also focuses on creating design and art pieces. One of their standout pieces at last year’s Downtown Design was The Dromedary. “Inspired by the Arabian Camel, it is a fine example of how our works are not just pretty things, but a commentary on our world. By imagining the anatomy of a camel as a series of synchronised levers, the piece alludes to the symbiotic dependence found in nature and our communities,” explains Soni.

The studio has grown slowly and, as such, the tight-knit team of designers share ideas and help each other build on their concepts, which has led to most of their final products. The first step in creating a piece is to define parameters: the function, shape, and of course the designer’s ultimate vision for the product. Then parametric design is applied, leading to computer rendered components that are then put through a series of digital fabrication processes. Finally, each piece is assembled by hand by a team of master craftsmen — bridging tradition with modern technology. 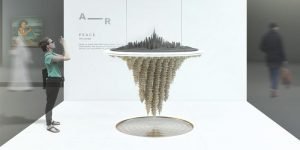 During Design Days Dubai they will reveal their latest project, Sounslexica. “The installation is an ode to the vision of Sheikh Mohammed bin Rashid Al Maktoum, the Vice president and prime minister of the United Arab Emirates and ruler of Dubai, as well as paying homage to the determination of the Emirate’s peoples – both Emiratis and expats,” says Patel.

The team took words that they believed to be the essence of the region — peace, diversity, harmony, growth, security etc. ­— ­and asked the people of Dubai to record those words in their native languages. The studio then used sound wave technology to isolate the sound waves and convert them into a 3D form which was later shaped out of wood. The choice of material is particularly symbolic. “Wood has a long history with the Emirates. Dhows, the traditional trading boats of the region, were made of wood and were integral to establishing Dubai as a trading port. In carving the totems from wood, we represent the root – the start of the growth of the city,” says Soni. 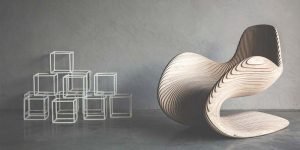 In addition, a stylised skyline, derived from the creation of a wave pattern joining the peaks of the Emirates’ most iconic buildings, is digitally produced using aluminium, a core material in construction and machinery. “The overall iceberg-like shape alludes to the fact that there is more to Dubai than its glitz and glam. Like an iceberg, Dubai is resilient,” adds Patel.

The studio will soon be opening their gallery at Dubai Design District in the summer of 2017. This will bring them closer to their high-profile clients across India, the GCC and Europe for whom they have supplied bespoke design and art pieces. But commercial success is not the studio’s sole aim. “We want to be pioneers,” says Patel. “We want to push boundaries. We also want to be a place where talent and ideas have a safe nurturing space. We don’t want to be remembered for one particular product, but rather the ethos we bring to the creative community and the sense of curiosity we hope to instill in people who like and appreciate our work. If we can inspire even a handful of new designers to look beyond the immediate, if we can provide a canvas for just a few consumers to not blindly accept what is handed out to them, then we can rest easy.”