Wealth on the Move

The increasing concentration of wealth in the MENA region and China is fuelling a rapidly growing trend in Global Citizenship amongst high and ultra high net worth individuals. A series of high profile events tackling everything from Global Citizenship through immigrant investor programmes (IIP’s) to tax planning to due diligence have been happening around the world in recent months; including the Global Citizen Forum in Dubai in September, all in a effort to shed light on an industry that is worth billions of dollars in investments.

With more HNWI’s surfacing around the world, the need to protect their personal assets, diversify investments and ensure financial safety for themselves and their families has become the driving factor for the huge demand for investment immigration options around the world. Therefore, more and more economically struggling countries are now offering Economic Citizenship Programs such as Bulgaria, Antigua and Barbuda, Dominica, Grenada, St. Kitts and Nevis and Cyprus. Wealthy foreign nationals who invest in these IIP’s are granted visa free travel to a number of  EU countries, including the UK in return for  hefty investments.

However, competition among countries offering these investor visas is greater than ever so it’s important for foreign investors to choose wisely as some immigrant investor programmes (IIP’s) such as Malta can have major drawbacks, while others offer numerous benefits and can provide an investor and their families with long term security for generations to come.

In 2009, Bulgaria took Canada’s immigrant investment model which has been in place for more than 25 years and adapted it to attract wealthy foreign investors to their own struggling economy.

Speaking at last month’s EU-Balkan Summit in Sofia, the country’s president Rosen Plevneliev forecasted that more than €48 billion will be invested in Southeastern Europe by 2020, with significant infrastructure improvements also in the works. However, according to Milen Keremedchiev, Vice President of Arton Capital, a global financial advisory firm who advised both the Bulgarian and Canadian governments on  setting up and managing their IIP’s: “Bulgaria and other Balkan countries must offer additional incentives to foreign investors if they are to stifle off competition from more than 20 countries around the world who also provide residency and citizenship opportunities.”

It seems Keremedchiev’s advice didn’t fall on deaf ears. In October, Bulgaria’s parliament voted for a fast track citizenship option, due to come into effect from November.

This will allow investors to double their investment in government bonds, increasing it to a total of two million leva or approx €1 million after one year of permanent residence, allowing investors to apply immediately for Bulgarian citizenship. Investors can also quality for an EU passport within 18 months at a lower cost of €380,000 if they choose alternative financing options available to them. 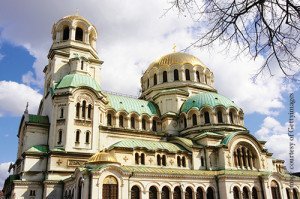 As a result of Cyprus’ imploding financial crisis last year, the country’s cabinet approved amendments to their existing citizenship by investment programme – similar to that of many countries – to reduce the amount of investment required for foreign nationals to be eligible for the programme from the previous €10m to just €5 million.

The new IIP provides investors with more options and more flexibility as long as they meet certain requirements set out by the interior ministry. The first option requires investors to invest in addition to the €0.5 million in real estate for residence, a deposit of €2 million in the state treasury to purchase shares or bonds with the state-run investment company and also donate €0.5 million towards the government’s Research and Technology fund.

The second option requires an investment in addition to the €0.5 million in real estate, of at least €5 million deposit in any Cypriot bank for a 3 year period. Arton Capital has developed a financial program allowing investors to leverage this investment and pay a one-time interest and service fee of €300,000 to complete the required investment in a bank deposit.

Those investors who lost deposits of €3 million or more in Bank of Cyprus or Laiki Bank since March 15th of this year are also eligible for citizenship. 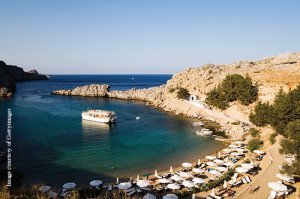 Marketed as a means of visa free travel to the US and UK, as well as the rest of Europe, the Malta Individual Investor Programme has been at the center of controversy since its proposal by second residence and citizenship consulting firm Henley & Partners, due to “a lack of transparency” in the bill, according to the country’s opposition party. It offered investors a fast-track option for those who pay an extra 50%, pledging to process their application within 90 days.

However, opposition MP Jason Azzopardi says there is no such fast-tracking in the proposed amendments to the Maltese Citizenship Act.

MP’s say the scheme is harmful to Malta’s reputation and could attract money-laundering operations. The opposition have also threatened to revoke all citizenships granted under such a scheme when they return to power, however the country’s Attorney General Peter Grech refuted this saying: “The wholesale deprivation of citizenship of a particular class of naturalised citizens irrespective of their conduct is not possible under our Constitutional and legal system.”

Moreover, opposition MP’s also strongly object to the donation scheme that has been proposed by programme advisors as an alternative to the usual investment option for foreign nationals. Although this is a similar model to the one operated by Caribbean countries who offer economic citizenship, it differs to other EU countries as it doesn’t offer any long term investment prospects to foreign investors. 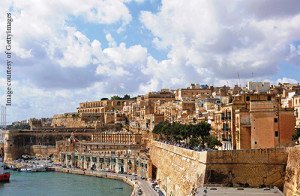