The white sandy beaches and crystal clear blue waters of the Caribbean have been home to James Bond and Jack Sparrow in the past but beyond blockbusters like Pirates of the Caribbean and the archetypical beach shot befitting a Bond movie, Hollywood directors and writers generally steer clear of the Caribbean islands when producing big budget movies.

But all that is about to change with the tiny island of St Kitts and Nevis leading the charge. The island’s economy has been crippled since the government shut down its sugar industry in 2005, due to falling profits, and has been largely dependent on tourism. Even then, it has only been at a fraction of the level of neighbouring islands, although a highly anticipated new luxury eco-based development, due to open this year, will boost the island’s standing as a hotspot.

Still, tourism-based economies are notoriously fragile. Since the early 1970s, St Kitts has also fallen victim to a brain drain with the US and Canada being the most popular destinations for young Kittitians in search of more prosperous work opportunities.

This youth brain drain is likely the spark that ignited the government’s most successful investment scheme to date. The twin island nation has one of the longest-running citizenship for investment programmes in the world, which is popular with Middle Eastern and Chinese investors as it allows them visa-free travel to more than 120 countries. In return, they must invest in either the sugar industry diversification foundation with a minimum of either $250,000 for a single applicant or invest at least $400,000 in a government-approved real estate project on the island.

However, to make the citizenship for investment scheme even more attractive for foreign investors, the government, along with support from the Hollywood film producer Rudy Langlais and the entrepreneur and activist Val Kempadoo—both Caribbean natives—is offering investors the opportunity to help fund one of five Hollywood movies that will be produced in and around St Kitts over the next five years.

According to Armand Arton, chief executive of Arton Capital,  the government backed investment company handling the official offering through private placement, “up to 20 investment slots from the citizenship for investment programme have been allocated to help finance the five movie projects.

“This means foreign investors have the opportunity to buy into the Hollywood lifestyle. They will get to attend the red carpet premiere of the movie, whether in Europe or the US, and have a chance to come along to the set to watch filming if they wish, this is in addition to the benefits received from their new citizenship.”

Although it has been a collective effort to get the movie project off the ground, for Langlais and Kempadoo it goes far beyond a one-time investment incentive for wealthy foreigners to step into the glamorous world of the movie business.

“We want to create a filming hub within the Caribbean that can stand alongside film-making industries in Britain, Italy and Germany,” says Langlais from his home in LA.

Langlais, who was born in Basseterre in St. Kitts, points to the town of Wellington in New Zealand, which has played host to blockbusters like Avatar, the Lord of the Rings Trilogy and King Kong, to name a few.

“Wellington has really pushed the boundaries of creative filmmaking by maximising the potential of its natural surroundings. It has also built world class post-production film facilities and trained local filmmakers.

The producer behind The Hurricane, featuring an award-winning performance from Denzel Washington in 2000, and Sugar Hill starring Wesley Snipes, says after the first Pirates of the Caribbean movie, which was shot in Dominica and St Vincent more than a decade ago, the impact on the local economy was significant.

It caused “quite a stir on the other islands”, leaving locals wondering if the Hollywood effect would be replicated there for the sequels.

But that never happened, with the movie franchise shooting in multiple locations outside the Caribbean.

The area’s film industry stretches back to 1944, when To Have and Have Not was the first movie to entice Hollywood producers out of their studios and onto pristine white beaches. The film was shot in Florida Keys and on the eastern Caribbean island of Martinique. This was followed by another pioneering project filmed in Grenada in 1956, the low-budget movie Island in the Sun, which dealt with interracial relationships for the first time on screen. Although it was not a big hit with critics, it showcased Grenada’s Grand Anse beach club to the world.

But one has to wonder why, in the last 70 years, there have only been a handful of quality films to come out of the Caribbean? According to Dr Bernard Frampton, a filmmaker and communications specialist, it is because “the film policy in the Caribbean is more focused on enticing and accommodating foreign film production and does very little to encourage and support indigenous filmmaking”.

He adds any associated benefits to filming in the Caribbean were previously only short-term as “the average person does not benefit,” while local filmmakers were unaware of how to promote and market their productions outside the region.

Langlais hopes to change this pattern. But first, he says, the foundations must be put in place. “It is not that the demand from Hollywood is not there but you have to imagine the enormous cost of bringing in a whole cast and crew with you from the US or Europe. You have to pay for their travel expenses, house them, feed them, fly in your own equipment and then do post production back in LA. 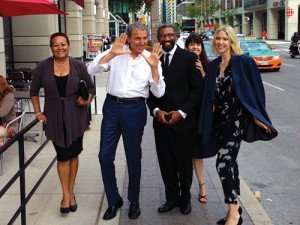 “It would be much easier for Hollywood producers if we had good camera [operators] in the Caribbean whom we could hire locally.”

Currently, Pinewood studios in the UK is the only major studio to have a presence in the Caribbean, with a production studio and a water tank facility in the Dominican Republic. Beyond that, the closest available experienced film crew members are based in Puerto Rico, according to Langlais.

With five big-budget movies confirmed and shooting soon to begin on the first, Langlais is confident he can find the next big star with the help of his friend Kempadoo, the founder of Kittitian Hill, a 162-hectare eco-friendly development which includes four hotels, its own organic farm, spa and onsite film school with editing and production facilities.

Langlais also plans to draft in a few high-profile friends, including Lord of the Rings director Sir Peter Jackson and veteran cinematographer Roger Deakins, to ensure the film students who attend school, which Langlais hopes will become accredited by a top US university once it opens on the island, learn from the best.

“If we can meet the enthusiasm with training and talent, there will be a flowering of young filmmakers in the Caribbean,” he says.

“We will be offering scholarships to students in the hope we can stem this youth drain and develop local talent within the next five years so younger generations stay and older generations, who already work as costume designers and cinematographers, have a reason to come back home to work.”

Upcoming movies to be filmed in the Caribbean

The film tells the story of the four men who helped launch the career of the Jamaican singer, songwriter and musician. Shooting starts in St Kitts and Nevis in spring.

Based on the popular book The Judas Conspiracy, this spy action thriller is tipped to be a new James Bond-style franchise. Shooting will begin in St Kitts at the end of the year and continue in locations all over the world.

Based on Antiguan writer Marie-Elena John’s novel of the same name, it tells the story of three generations of Dominican women haunted by secrets and scandals. Naomi Harris, Beyonce and Rihanna are in talks to play the three female characters, according to Langlais. Shooting starts next spring.

Based on the true story of a British naval officer in the Caribbean in the 1700s during colonial rule, the protagonist leads a revolution of Caribbean Indians. Shooting begins in St Kitts next year and spreads across the Caribbean.

Australian tough guy Russell Crowe is set to play Captain Blood in the remake of this classic pirate movie. Similar to Indian Warner, filming will take place in St Kitts and the Dominican Republic to avail of Pinewood studio’s water tank facility. 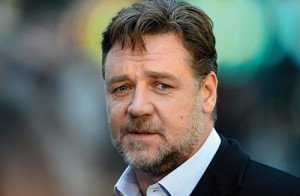