Government leaders and immigration experts from Canada, the Caribbean, US and Europe gathered in Toronto for the second annual Global Citizenship Forum

From the moment the curtain raised on the Global Citizen Forum, it was clear this was going to be a different type of conference. It wasn’t the delegates that stood out: politicians, immigration professionals, policy experts and the high net worth individuals driving the industry were all present. Nor was it a matter of venue. The opulent Four Seasons hotel in Toronto ensured the forum’s proceedings unfolded against a backdrop of immaculate service, style and comfort.

Rather, it was the forum’s scope that set it apart, which was immediately evident in the opening remarks of Tariq Qureishy and Armand Arton, Arton Capital’s founder and curator of the forum. Their speeches amounted to a collective challenge to the audience: in a world of increasing inequality, urbanisation and interconnectedness, global citizenship is set to become a megatrend in our lifetimes. How we define the concept is up to all of us.

But what exactly makes a global citizen?

Petar Stoyanov, the former president of Bulgaria, at one point declared to conference delegates that “global citizenship is a state of mind”. The director general of Unesco, Irena Bokova, reminded the room of the responsibilities global citizens have today and in the future of the movement.

Global citizenship had to be given a more concrete definition, with particular regard to the duties and responsibilities of the individual investor, their adoptive country and the immigration industry as a whole.

The individual advantages of a second passport are obvious, whether it is greater ease of travel, safety and security, or providing better education opportunities for your children. Less well-defined, however, are the responsibilities that come with the status. What should be expected of a global citizen? This was a question world-renowned leadership expert Robin Sharma weighed in on, in a rousing performance to conference goers, where he shared a simple and affirmative mantra: “To lead is to serve.”

The vanguard of global citizenship, at least for the time being, is the jetset class straddling the globe and leading increasingly dislocated lives. The very same qualities that helped these individuals succeed in the first place, to ‘lead’, in Sharma’s parlance, are those best expressed in service to the world around them.

One of the best ways for global citizens to serve is by giving to those in need. Philanthropy was a central topic at the forum and the conference saw the release of the Wealth-X and Arton Capital philanthropy report 2014. The report found a typical high net worth individual donates $25 million over a lifetime. And, in a recommendation that highlights the potential link between giving and growth, it calls for a greater role for individual philanthropy in promoting job creation and entrepreneurship.

Defining responsibilities on the individual level is relatively easy. Orientating global citizenship in the context of national governments is far more daunting, especially given the disparate patchwork of rules, investment thresholds and political cultures that constitute citizen investment programmes around the world. Yet here too the Global Citizen Forum attempted to rise to the challenge. Speakers identified several trends pushing against the global tide of acceptance of citizenship investment programmes and at one point in a series of hands-on workshop sessions, conference delegates were asked directly to come up with ideas on how to overcome these trends.

One such example is the public misapprehension that can escalate over these programmes, a phenomenon that is not entirely surprising. The bond between citizen and country is not some transitory political issue that waxes and wanes with the fortunes of national governments. It is an enduring fixture, a central pillar of identity in our world today. Yet this does not preclude the success of citizenship investment programmes. Quite the opposite, a deeply-ingrained desire among global populations to improve the economic prospects of their homeland is a source of potential growth for citizenship investment programmes – as long as these initiatives are designed and administered in a responsible manner.

This speaks to a pervasive theme at the forum: the overarching need for greater transparency and education in all citizenship investment programmes – greater transparency to help ensure investments are truly beneficial to the economy of the host country and education to convey those benefits to stakeholders and the national population at large, thus reducing the chances for misunderstandings.

Caribbean countries are at the forefront of this challenge – a fact made abundantly clear by Prime Minister Gaston Browne’s speech on the successes of Antigua and Barbuda’s citizenship investment programme. Island nations do not have the manpower or natural resources to compete directly with global heavyweights so they must be more flexible in attracting investment and carving out an economic niche. This is why the eastern Caribbean is home to some of the most accessible citizenship investment programmes in the world, many of which boast low investment thresholds, no residency requirements, and processing times as quick as four months. The reason why these programmes don’t generate a groundswell of opposition is their economic benefits are obvious and demonstrable. 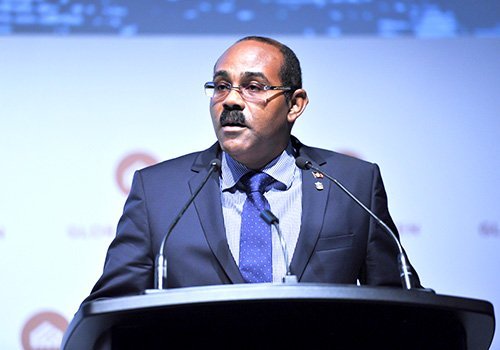 Some European countries have opted to sidestep sticky questions of identity and citizenship entirely by adopting a completely new approach to immigrant investors. Bulgaria and Hungary, both of which were represented by high-level diplomats at the forum, have introduced hybrid residency programmes in recent years. These offer nearly all the benefits of citizenship – safety, stability, free movement between Schengen countries – without granting full citizenship status, along with the language and residence requirements that generally go along with it. They also boast faster processing times, with applicants having to wait months, sometimes weeks, rather than the years that used to be standard.

Although the interests of the individual immigrant investor and the national government trying to attract them are not necessarily aligned in every case, they definitely can be. When this alignment is achieved – one that harmonises the interests of investors, governments and their people – we will be that much closer to defining global citizenship in a way that promotes a more equitable and prosperous world.

This will be helped by the newly created Global Residence and Citizenship Council, a self-regulatory body that will “oversee the industry and be the voice for better governance, transparency and high standards from all stakeholders,” according to Mykolas Rambus, chief executive of Wealth-X and council chairman.