Can Montenegro position itself as a high-end destination for Global Citizens through its immigrant investor programme?

Over the last five years, the number of countries offering investor programmes for residency and citizenship has doubled, according to a report from the newly established regulatory body, the Global Investor Immigration Council. The trend is expected to continue in the next decade.

Immigrant investor programmes (IIPs) have become a lifeline for many European countries with ailing economies as they provide a much-needed injection of foreign investment. Now the Montenegro government has reinitiated its citizenship programme after a failed launch in 2010.

Despite the fanfare at the time surrounding the launch of its immigrant investor programme, culminating in a government-backed public relations campaign, the Montenegrins were left red-faced after the EU and US piled pressure on them over the transparency of their programme and forced them to scrap it.

Five years on “the situation is very different”, according to Armand Arton, CEO of Arton Capital, a global immigration advisory firm which has helped several EU governments set up immigrant investor programmes. 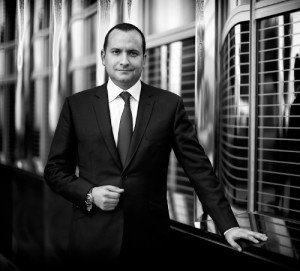 Arton says the Montenegrins were previously “ill advised” and “failed to take the necessary preparations” to establish the investor programme. After benefiting from the experience of countries like Portugal, Spain, Greece, Bulgaria, Hungary, Cyprus, Malta and Latvia, which have all successfully launched similar programmes and received billions of dollars in foreign investment, he says: “Montenegro has the opportunity to do it right this time”.

Yet Arton cautions it is important not to repeat the mistakes of other countries from the past 20 years: “Five years ago, the problem was that the initiative came suddenly without an adequate level of coordination, communication and explanation of what the benefits of this programme would be.

“Europe is in a different position today and so is Montenegro. It has attracted significant investments from Russian and Gulf billionaires in recent years and the country is becoming a hub for the jet-set crowd.”

That is all thanks to billionaire investors such as Canadian Peter Monk and the Rothschild banking dynasty, who are helping to steer Montenegro toward becoming the next Monaco.

The $245 million Porto Montenegro development is a star attraction and has been dubbed “the Mediterranean’s leading luxury yacht homeport and marina village”. The Porto complex will eventually include 420 berths, a private pool club, nightclub, restaurants and a new Regent hotel and residences.

On the back of becoming a superyacht hub, Montenegro is on the verge of becoming a NATO member and is expected to be next in line to join the EU, following its neighbour Croatia’s accession in 2012— a reassuring development for potential foreign investors.

The country’s passport already provides visa-free mobility to Schengen with access to a total of 98 visa-free countries. It ranks at 35 in Arton Capital’s passport index.

“The government has created a special task force, which is made up of representatives from different government ministries responsible for establishing the investor visa programme.

“They are exchanging with other EU countries with similar legislation to understand how their model works and to ensure they create the best one for Montenegro,” says Arton.

The Montenegrin government is expected to release a fully transparent public tender inviting leading entities within the immigrant investor industry to take part in the advisory process of creating the legislation and then marketing a programme.

As a precursor to this announcement, Arton Capital hosted a Global Citizen workshop in Porto Montenegro along with a delegation of experts, including Mykolas Rambus, the CEO of Wealth-X and chairman of the Global Investor Immigration Council, Elaine Dezenski, a leading anti-corruption expert who has worked with homeland security in the US, Interpol and the World Economic Forum and Richard Grifts from the UK-based legal firm Squire Patton Boggs to introduce the topic and share his industry experience with local business leaders.

“Only after open dialogue with the local community can the programme’s goals be set. The result should be a transparent model that will gain the credibility of the EU and other agencies and allow [Montenegro] to start off on the right foot this time,” says Arton.

Discussing the logistics of the investor visa programme, Dusko Knezevic, president of the Atlas group, says: “There is huge potential for Montenegro if it adopts a law on economic citizenship. The benefit would be the direct purchase of government bonds and investment in real estate and other projects as well as a certain amount of donations.”

Arton estimates Montenegro could attract up to half a billion euros in the coming three years if the country can successfully position itself as a high-end tourism market on the doorstep of Europe and can use the immigrant investor programme to attract global leaders.