One of the world’s 25 wealthiest nations, Finland offers investors lucrative opportunities in its thriving new industries, as well as a gateway to the Russian market.

While most European economies have been placed on negative outlook, Finland was the only euro member to retain a triple-A rating by Moody’s, Standard & Poor and Fitch Ratings.

With Russia, Germany and Sweden making up the country’s three largest import partners, Finland’s transparent business environment, modern logistics and advanced research and development is attracting new investors. Approximately 200 foreign companies relocate to the country every year and Transparency International rated Finland as one of the least corrupt countries in the world. With upcoming corporate tax reductions, Finland is expected to become a major trading partner for both China and the UAE.

“Finland is an advanced industrial economy with a thriving private sector and a business environment that is highly conductive to foreign direct investments,” Ilkka-Pekka Similä, Finnish Ambassador to the UAE, told GC, adding that “red tape” was minimal in the country.

One of Finland’s biggest assets is the gateway it provides to Russia and Northern Europe. Most of the transit trade from Europe to Russia already passes through Finland and the countries share the same rail gauge. Given the proximity of Helsinki to Saint Petersburg and the Russian-speaking community in Finland who can facilitate trade, Russia has become Finland’s biggest import partner, pumping nearly €600 million into the Finnish market every year. With offshore accounts, the figure soars to more than six billion euros, according to Russian newspaper Kommersant.

Traditionally, Finland has relied on the paper, pulp, and technology industries, but trends are changing. A slump in demand due to paperless offices has forced one of the country’s oldest paper manufacturers to shut two of their mills in April, while smart phone nations with lower production costs are competing with Finland’s technology sector.

The government has responded to these challenges with plans to cut its corporate tax rate to 20% from 24.5% as of the beginning of 2014, in the hope of reenergizing the economy. Since exports account for about a third of Finnish output, the economy is also vulnerable to shifts in global trade. In order to protect itself from such volatility, Finland is diversifying by expanding into mobile R&D, ICT, and the gaming industry, currently led by companies such as Rovio and Supercell.

Finland’s thriving cleantech industry, which comprises of at least 2000 enterprises, is attracting renewable energy markets worldwide, including Germany and Sweden. In the UAE, Dubai Electricity and Water Authority recently met with a Finnish business delegation to discuss cooperation in the energy production sector. Finnish companies will also have a dedicated pavilion at Dubai’s environmental exhibition, Wetex.

“Cleantech, biotech and the web-game cluster are the most promising sectors in Finland. But young cleantech companies like Ductor will also establish themselves strongly in the UAE,” says Tuomo Hyysalo, partner at Dubai-based consultancy Frontier, which helps Finnish companies enter Middle Eastern markets.

Finland is also ranked among the world’s top ten countries in biomedical science and clinical medicine, and has an established reputation for advanced healthcare R&D and clinical trial work. For a country like the UAE, where healthcare spending is forecasted to double by 2014, Finland’s medical device industry would fit well within this capacity expansion. The UAE’s Health Ministry recently stressed its interest in acquiring modern medical technologies during a meeting with the UAE’s Finnish ambassador.

A Strong Bond with the UAE

They may be 3,000 miles apart, but both countries are export-driven and dependent on foreign trade. “Compared to other Nordic countries, we only have a one-hour time difference from the UAE, which makes Finland an ideal location for a Scandinavian headquarters,” says Hyysalo.

“For Dubai-based enterprises there is investment potential in mining, water resources, bioenergy, timber and construction, data centres and ICT,” according to Abdul Rahman Saif Al-Ghurair, Chairman of the Dubai Chamber of Commerce and Industry who recently organised the UAE-Finland Business Forum in Dubai. 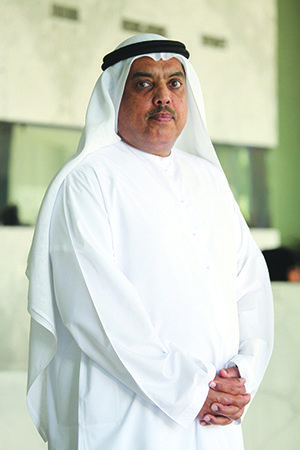 In terms of business synergies between Dubai and Finland, he said there is potential in trade, SMEs, education and R&D.

Foreign-owned companies in Finland are also eligible for a range of incentives on an equal footing with Finnish-owned companies including business aid, loans and guarantees by Finnvera (state-owned financing company), EU-funded support, R&D and innovation incentives by Tekes (Finnish Funding Agency for Technology and Innovation), capital investments from Finnish Industry Investment, and R&D tax break for companies.