The End of Canada’s Golden Ticket

The decision to terminate the 25-year-old Canadian Immigrant Investment Program (IIP), which attracted global entrepreneurs and investors from China and the Middle East, will benefit the European Union most, according to immigration experts.

The Canadian government made the announcement back in February in its federal budget and since then, has been heavily criticised for “giving up on trying to compete for investors” just as the concept of global citizenship (applied to those who invest in multiple passports) has taken off worldwide.

The cancelled visa programme granted permanent residency to those who invested 800,000 Canadian dollars (US$726,700) to a five-year zero-interest loan to one of the country’s provinces, after which they could then apply for citizenship. The programme appealed mostly to wealthy Chinese and Middle Eastern families who wanted to relocate to Canada for its highly ranked education system and favourable economic climate.

The government, in an attempt to ease the backlash from angry opposition party members and those involved in the immigrant investment industry, including banks, financial intermediates, lawyers and consultants (some of whom have since went out of business as a result of the programmes closure) has said it will replace the programme with a new immigrant investor venture capital fund, which will require immigrants to invest money rather than just loan it.

“The news of the closure itself did not come as a total shock but what was surprising was the fact the government had thrown out 15,000 pending cases waiting approval for the investor visa programme without consideration for the impact on its own economy, since all of these applicants have to be reimbursed,” he says.

“That is not to mention the culture of mistrust it has created for future programmes in Canada.”

It is estimated the termination of the programme will cost the Canadian economy at least $1 billion in lost revenues.

Former citizenship and immigration minister Sergio Marchi echoed Arton’s thoughts in an open letter to the Canadian government, which was published in the Toronto Star, Canada’s largest daily newspaper. 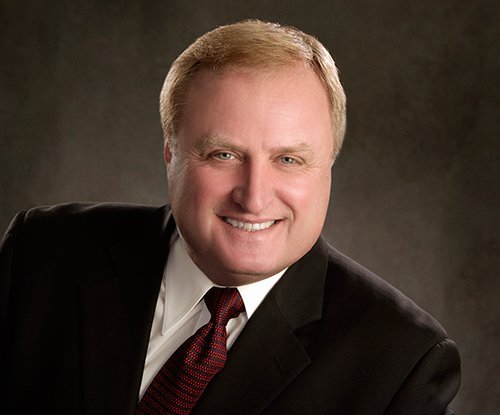 Marchi said the closure of the programme, which was the oldest of its kind in the world and became the blueprint for more than 20 other countries to model their own immigrant investment programmes, was “a missed opportunity”.

Although he acknowledged it was not perfect, he said: “If the government thought the investment amount was too low, then they could have proposed an increase. Most stakeholders were actually anticipating and supportive of a higher threshold.”

Marchi went on to say: “If there were shortcomings, it is incumbent to fix the problems and tighten the criteria… But why throw the baby out with the bath water?

Who benefits from the closure?

If there is a real loser in all of this, it is the city of Vancouver in British Columbia. An influx of Chinese millionaires in Vancouver pushed high-end property prices up and now the programme has closed, property prices are expected to fall in line with the decreased demand for luxury homes. But where will these wealthy business immigrants go now?

Canada’s programme closure may have eliminated the ‘golden ticket’, so to speak, but it has not silenced the demand among wealthy foreign investors seeking second residency and citizenship. Many savvy global citizens will have already diversified and invested in multiple programmes, which means they simply go for other options now Canada is closed to them.

“We try to advise our clients to invest in more than one immigrant investment programme at a time because we want them to have the security of knowing they always have a back-up plan if one option fails. It is the same as any other business investment. The recent closure of the Canadian programme has just reinforced this belief,” says Arton.

The chief executive says he anticipates his offices in Dubai and South Africa in particular to see a surge in inquiries for their programmes in the Caribbean (Antigua and Barbuda, Grenada, Dominica and St Kitts and Nevis) but he is convinced most clients will opt for Europe in the long run, particularly Bulgaria, Hungary and Cyprus as these countries offer the most flexibility to foreign investors with an expedited path to European citizenship and no physical residency requirement.

He says: “Investors who want to remain in their native country and simply invest in a second passport so that they can travel freely within the EU and Canada, as well as have their children educated in Europe with home status, will be most likely attracted to countries such as Bulgaria, Hungary and Cyprus.”

Arton Capital are also monitoring programmes in Malta and Portugal.