Diplomats, philanthropists and business leaders gathered at the third edition of the Global Citizen Forum in Monaco to discuss how wealthy migrants can help the ongoing refugee crisis in Europe

Wyclef Jean’s journey from being an impoverished child in one of the poorest countries in the world to a global superstar set the tone for this year’s Global Citizen Forum, now in its third year.

Held in the Mediterranean principality of Monaco, it highlighted numerous inspiring success stories from some of the biggest names in international politics, diplomacy and business.

Jean’s songwriting and stage performances have made him a showbusiness superstar but the Haitian who moved to the USA when he was nine years old said success should never stop anyone forgetting “we are all descended from migrants and refugees if we look a few generations back”.

Such words were echoed time and time again over the two-day forum as Nick Clooney, the American journalist and TV anchorman, presented a long list of speakers while providing numerous insights of his own.

“The breadth of talent and experience on show at the forum has been phenomenal,” he said, as he emphasised how “global citizenship is the common thread running throughout all our talks and discussions”.

As Armand Arton, the founder of the forum put it: “During a time of tremendous global challenges including the refugee and migration crisis, along with continued global economic volatility, the forum aims to gather not only thinkers but those willing to take action to drive change on these important issues collaboratively.”

He added the aim was to “work together with governments, policymakers, philanthropists and global citizens to present public-private solutions to some of today’s most pressing challenges – and then to work together to bring those solutions to life.”

Such ideas were taken up by Kofi Annan, the seventh Secretary-General of the United Nations, who in his keynote address said: “The historic refugee crisis Europe is facing today is so hard to solve because it is not a one-off, humanitarian phenomenon.

The idea of this global citizen tax… shows that countries are not just interested in receiving the wealthy, but also sharing that wealth with those most in need.

“It is in fact a by-product and symptom of much deeper political problems that beset regional and global order.”

Tyler Brule, the Canadian publisher, journalist and entrepreneur spoke movingly about how, in 1994, he had wanted to “be out in the world, being witness” before being shot twice in Afghanistan.

He reappraised his life and went on to launch Wallpaper, the hugely influential style and fashion magazine, before helming the equally successful Monocle.

Jose Manuel Barroso, former prime minister of Portugal and 11th president of the European Commission, used his address to discuss the prospect of global governance.

“We have learned that today we are more interdependent than ever,” he said.

“We can be proud of our local, national and regional identity but also acknowledge that we are part of mankind.

“This refugee crisis is a time to show we are serious about our values, that we can make them work in favour of the common interest of mankind.”

Radical ideas discussed included a global citizen tax – a charge levied on investors applying for residency or citizenship in EU countries that could raise more than a billion euros over five years. Proceeds would be used to create jobs and fund agencies working to help refugees. 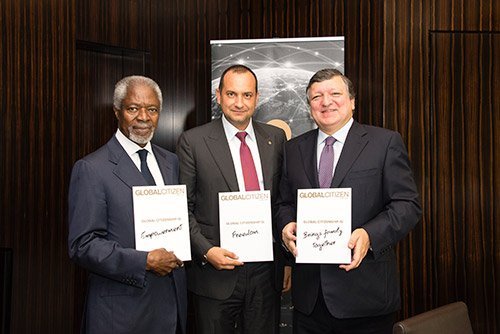 Barroso said: “The idea of this global citizen tax is one way. It shows that countries are not just interested in receiving the wealthy but also sharing that wealth with those most in need.”

Clark emphasised the need for “strategic planning to cope with crisis”, not just from a state point of view but a global one.

As far as the United States was concerned, this meant building up a powerful economy, resolving domestic issues that divide American people and dealing with the world’s problems from a position of strength.

“Our country can do incredible things if we pull together as one,” he said, pointing out how two world wars had created a sense of national purpose that helped turn the country into a global superpower. 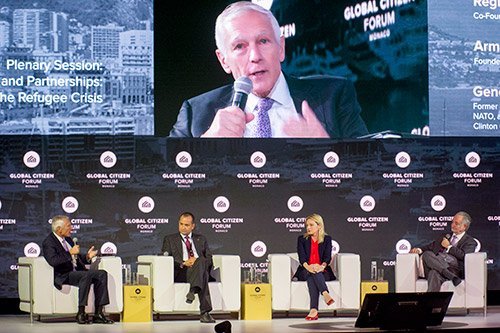 However, he stressed the need for modern America to sort out global issues “without resorting to military action”.

Bokova emphasised the importance of integration for refugees coming to Europe and said schools had an important role to play in the prevention of radicalization and to promote inclusion. 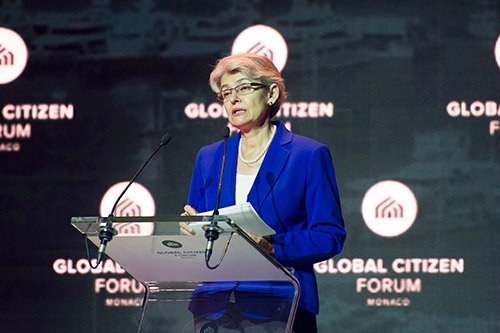 There was also time for policy announcements as Kenny Anthony, prime minister of St Lucia in the Caribbean, said his country would start accepting applications for a citizenship-through-investment programme in January.

Anthony said the scheme would offer a “quicker and easier” path to citizenship thanks to the same kind of “investor visas” available in the US. 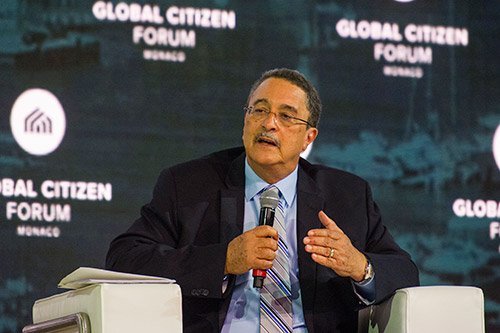 Jean headlined the entertainment at the Global Citizen gala on the first day of the forum on October 8, thrilling a large audience with his music and even altering his lyrics to give Annan a special mention. 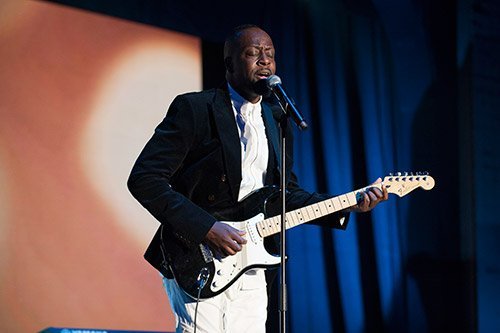 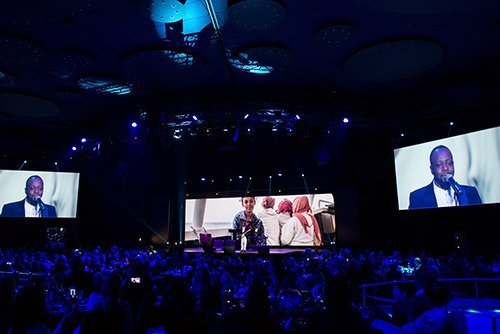 Wrapping the event the following day, Arton said: “The past two days have seen energetic and thought-provoking discussion on a full spectrum of issues relating to global citizenship that have gone a long a way to building and deepening the global community we aspire to create.”

While Al-Maskari lay down the gauntlet for next year’s forum, asking the organisers, “what’s next?” it was Kofi Annan who summed it up best using an African proverb: “If you want to go fast, go alone. But if you want to go far, go together. We have a long way to go. We can only do so if we go together.”