Addiction in the frame

The glasses designer to the stars, Sheila Vance, tells how she turned a personal tragedy into a mission to help drug addicts

She is renowned for accessorising the faces of Hollywood’s biggest stars. Her Sama Eyewear glasses are worn by everyone from Tom Cruise to Brad Pitt. But company founder Sheila Vance’s success masks a personal tragedy that still shapes her life today. In 1997, her comfortable life in the Hollywood Hills was turned upside down when her only son Sam, a 19-year-old student at the University of California Los Angeles, died from a heroin overdose. Determined to turn her personal tragedy into a positive force for change, Vance took action. Just months after her son’s death, she created the Sam Vance Foundation with a mission to help the young fight drug abuse. She started Sama Eyewear at the same time to fund the foundation.

In the 1980s, Vance was one of the pioneers in eyewear design with Bada USA, the company she founded with her then husband. She helped take glasses from being purely functional to the fashion statement they are today. That was long before every designer had an eyewear line and the idea of couture glasses was still a novelty. “I remember when people were going to buy prescription glasses. They would give their prescription to the optician, who would choose the glasses for them,” she says. Now her stylish glasses are regularly worn by Hollywood heavyweights – but behind her success is the tragedy that continues to give the company a purpose. 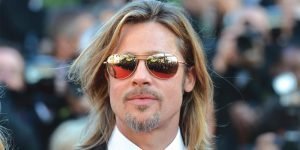 Vance donates all of the net proceeds from Sama’s Visionaries collection, as well as a portion of all Sama Eyewear’s total annual net profits, to her foundation to help support drug rehabilitation programmes as well as a number of other initiatives focusing on women and children in need. Acting as a charitable agency, the foundation has supported projects in far-flung places, including Afghanistan, France and Africa. Though Vance does not have exact figures, she estimates several million dollars have been donated to various causes since its inception. In recent years, the mandate of the foundation has also evolved to include combating child trafficking.

Vance is visibly moved when discussing her work with children. “To me, all these young kids remind me of my son. Any problem they have, it is sensitive to me and I want to make sure they have an opportunity to have a future,“ she says. “All of this can be prevented. When you lose people but you could have saved them, that is where the pain starts. It is not cancer or something we do not know how to solve. We should be able to solve problems of child trafficking or drugs and alcohol. Those are the areas we focus on the most because if we lose [young people], we feel regret and think: ‘I could have saved them.’ ”

At a time when most sunglasses companies have been acquired by larger conglomerates such as Luxottica, Vance designs and oversees the entire production of her line. The majority of Sama’s products are produced in Japan, where the company was the first to incorporate titanium frames and laser design on eyewear. Over the years, Vance’s frames have gained a cult following and have been spotted on everyone from Brad Pitt to Stevie Wonder. She has designed some of the glasses immortalised on the big screen too, from Tom Cruise’s sleek, high-tech frames in Mission Impossible 3 to Arnold Schwarzenegger’s iconic Terminator sunglasses in Terminator 3: Rise of the Machines. Still, Vance remains shy around celebrities, preferring to retreat to her office and let her husband Ross cater to their needs when they visit her Beverly Hills store. 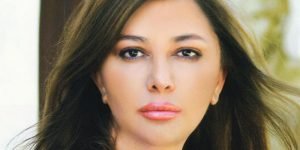 In 1999, Vance had a pivotal meeting with the director Steven Soderbergh, who later changed the script for his hard-hitting film Traffic about the illegal drug trade as a result. In the film inspired by Vance’s story, Michael Douglas plays an Ohio judge appointed as the head of the presidential drug control office while his daughter Caroline becomes a cocaine and heroin addict. In the last scene of the movie, Caroline attends a Narcotics Anonymous meeting with her parents. Vance, who admits she had no idea who Soderbergh was before the meeting was set up by a mutual friend, says: “Watching the movie made me happy as a story. That was a happy ending but that is not typical. The majority of the time, it is tragedy. It really takes away from your life, your existence.

“I explained to [Soderbergh] that drugs are no longer exclusive to the kids that grow up in the streets whose parents are not around or who do not get enough love. Drugs are in very loving houses. My ex-husband and I gave a great education to our son. We took care of him, we never smoked, we did not even drink. He was in a very safe environment, he went to private school, we watched who his friends were – but he still died of an overdose.”

She says it is an ongoing battle but one she will never relinquish: “In a way, we never won the war against drugs. It is so widespread. Anybody who is fighting drugs – we are all losing every single day. We save lives on the way but overall we keep losing.”