Are refugees good for the economy?

Oxford professor Alexander Betts presents a radical idea wherein he shows how refugees can result in an economic boon for host countries.

In 2015, when Angela Merkel triumphantly declared “Wir schaffen dass” or “We will manage”, it was intended to be a war cry to unite her fellow countrymen to accept her proposal to host close to a million refugees in a single year. Equally, as leader of Europe’s most powerful economy, it was a call to action to the leaders of her fellow EU member states to follow suit. Since then Merkel has come under intense pressure from the far-right in her own country in the aftermath of terrorist attacks on German soil and across Europe and as a result, a year on, her pleas have been silenced even though the refugee’s plight worsens.

However, there are a handful of powerful academic voices that are talking above the cacophony. Chief among them is Alexander Betts, a professor at Oxford University and Director of the Refugees Studies Centre at the university. Betts who has studied the economics and politics of refugee crisis’ in Africa, Middle East and more recently in Europe, is quick to point out the dichotomy in the way the West preaches about human rights and the way it actually deals with situations like migration. “For a long time, there has been an organised hypocrisy in the way the West responds to refugees. On the one hand, states have signed up to refugee conventions and made commitments to respect the human rights of all migrants. On the other, they’re engaged in a competition to deter and avoid responsibility for taking in refugees.” This has been magnified in the on-going refugee crisis that began in 2015 in Europe he notes, before explaining that, “what has been framed as a crisis of numbers is much more a crisis of politics,” 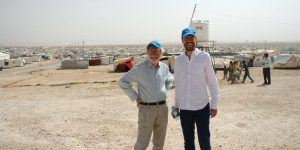 To reinforce his point as to how Europe has bundled the handling of the crisis, he cites the example of countries like Turkey that at present host 2.6 million refugees – more than any country in the world – and Lebanon who are hosting hundreds of thousands of refugees. In comparison, the far richer European Union comprising of 28 states were required to absorb a million asylum seekers, but failed.

What makes Betts voice louder than others who have waved the hypocrisy flag in the past is that he isn’t making his pitch merely on humanitarian grounds — he’s instead showing that host nations stand to significantly benefit their own economies by giving asylum to refugee seekers, which goes hand-in hand with socio-economic freedom. He refers to Kampala in Uganda, the subject of his new book, Refugee Economies: Forced Displacement and Development, where 21 per cent of refugees run a business that employs at least one other person. Interestingly, of those that are employed, 40 per cent are Ugandan nationals. In this scenario, refugees are creating employment opportunities right within their host countries.

In the light of BBC Panaroma report on child refugees being exploited by big-name labels in Turkey, Betts acknowledges that are cases where economic exploitation by host countries occurs. “Economic exploitation takes place in many developing countries around the world. It is a reality of global capitalism. But it is not a reason not to create jobs for refugees. It is a reason to ensure that employment is available in the regulated, formal sector, rather than the unregulated, informal sector.”

Apart from the economic benefits of hosting refugees, Brett focuses on the political ramifications of the refugee crisis¬ – appealing to the political rationale of enabling environments where refugees are allowed to thrive, and who will then inevitably affect political change in the countries from where they originate. “We looked at the Zimbabwean and Rwandan diaspora over a 15 year period to show how political opposition mobilises when it can’t due to the existence of an authoritarian government. This has implications for Syria, North Korea and Russia where if we want to create political transformation, how we respond to the diaspora abroad can make all the difference.” 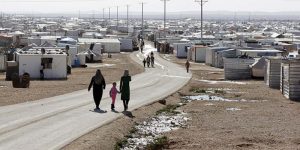 Betts adds that about 54 per cent of the world’s 21.3 million refugees have been in exile for at least five years, a few for upto 20 years. “We shouldn’t only be supporting people in camps – we should be providing them with opportunities to flourish, empower them with jobs, education, access to capital and the Internet as well as grant them the ability to move freely. Those things aren’t being provided by the current system.”

The current system that Betts alludes to is the political framework that needs to be fixed. “I think the system is broken. One key lesson that comes from the election of Trump and Brexit is that we need transformative leadership from the centre ground of politics – from liberal, progressive voices. Until then, populist nationalism will continue to have its appeal. The only source of leadership and direction in politics that is being offered at the moment is by the far right who are able to articulate the tension between globalisation and democracy in a way that resonates with the public.”

But Bett’s outlook for the refugee crisis isn’t all doom-and-gloom. He has been brainstorming on a radical project in Jordan’s Zaatri Refugee Camp. Last year, he along with his colleague, economist Paul Collier, visited the camp that’s home to 83,000 Syrian refugees. They noticed that just 15 minutes away was the King Hussein Bin Talal Development Area, a special economic zone (SEZ) on which the government had spent over a hundred million dollars to construct and connect to the electricity and road grid, but lacked labour and capital infusion. Bett was part of the team that successfully pitched that the refugees be allowed to work alongside Jordanians in that SEZ and be granted access to vocational training too. “The pilot project kicked off in the second half of last year and received support from the government. The World Bank are providing concessionary loans to further bolster the infrastructure, the EU are providing trade opportunities in the garment sector, and there’s been funding from the British government as well as support from the UN and NGOs. Multi-national corporations like Asda, Walmart and IKEA have committed to build supply chain structures within the economic zone, while other organisations are providing training in areas like coding to refugees.”

Ask Betts about that one human story that has summed up his conviction to work in this field, and he will tell you the story of a man whose nickname is “Wuli”. “Wuli lived in the Ali-Addeh camp in Djibouti near the border with Somaliland where he arrived in 1988 at the age of 18. He was teaching young refugees from Somalia and Somaliland English and Maths in the hope that they would get resettlement opportunities and that they would have opportunities that weren’t available to him. When I met him, the middle aged man said to me ‘Man doesn’t live on food and water alone, but on hope. My hope is gone, but I pass it on to the next generation.’ ” In many ways, Betts research and work on the ground is attempting to give refugees what they need more than blankets and a warm meal – hope.