Banking on the unbanked

British entrepreneurs Ian Dillon and Katharine Budd will give La La Land a harsh dose of reality when they present their social business, NOW Money, to judges at a social start-up competition in LA this summer.

“People still think the streets are paved with gold in the Middle East and everyone owns a yacht,” explained NOW Money co-founder, Katharine Budd. “When in fact 70 per cent of the working population in the GCC doesn’t even have a bank account.”

After presenting a winning pitch to a panel of five judges in Dubai, the pair won the Gulf regional final of Chivas The Venture, a global search to find and support the next generation of start-ups that offer a better future for society. NOW was selected as the winner based not only on its ability to improve the lives of 26 million low-income migrant workers in the GCC by including them in the financial system, but also for its scalability. 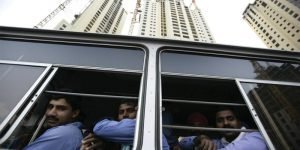 NOW Money is a fintech company providing migrant workers in the GCC with access to the banking system.

Budd and Dillon admit that they stumbled across the idea for their social start-up in 2015. “Around the same time as we were thinking about starting our own business, we noticed there was this group of new banks in the UK that were doing well, called ‘challenger banks’. They’re called that because they exist to challenge the status quo of traditional banks,” said Budd.

Budd says these challenger banks differ from the traditional bricks-and-mortar institutions because they can operate solely from a mobile app or online platform, and they use new software as opposed to the more expensive legacy IT, which means they have “a very lean” business model compared to an incumbent bank.

Convinced that the challenger banking business model could work in the GCC market, Budd and Dillon started making plans to get a licence to operate in the UAE. However, they quickly discovered that the UAE market was already saturated with banks for the ‘wealthy segment,’ those who earn more than $4,000 (15,000 AED) per month.

Yet no one serviced low-income migrant workers, who make up 70 per cent of the population of the GCC. In the region, banks refuse to give migrant workers a bank account unless they meet their minimum salary criteria, which ranges from $800- $4,000 (3,000-15,000 AED) depending on the bank. Thus, most people are effectively excluded from the entire financial ecosystem.

“In the West, only a small percentage of people take out their entire balance as soon as they get it, which means banks can still afford to service these customers, but in the GCC, it’s the majority – 70 per cent or 4.5 million people as they send it home to their families via remittance. So, the banks do not make any money from them,” explained Budd. 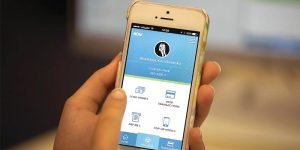 Armed with this information, the enterprising duo decided to bank on the unbanked and offer migrant workers a more inclusive financial product via their app NOW Money. So how does it work? “From an end-user perspective our app looks just like any other banking app, they can see their transaction history, top up their mobile phone but most importantly, they can pay remittance directly from the app to the beneficiary.”

As the start-up isn’t an actual bank but rather a payment service provider like Paypal, Mastercard and Majid al Futtaim (MAF), with whom NOW have partnered, provide customers with a physical card.

And they target corporates rather than individuals. She cites the Hilton as an example. “We’ll provide accounts to all of their staff so they can pay their salaries into those accounts. We explain that they are giving their staff financial autonomy by providing them with their own cards and having their own account.” Prior to this, the only option employers had was to give their staff a payment card but it had no functionality apart from being able to withdraw money from the ATM.

NOW Money is still in its nascent stages; they currently have 15,000-20,000 individual users which translates to five or six companies. After initially using their own savings to bootstrap the business and get it operational, the pair raised half a million dollars in June 2016 with the help of a local family office. Since then they have raised the stakes and are looking to raise $5 million in their next round of funding.

The pair are equally ambitious in terms of scaling geographically. “We’re looking seriously at moving into the Bahrain market and from there we would service Saudi Arabia with a helicopter office. It’s not possible to do that from Dubai.”

And while they admit that remittance is the core of their business now, they have an appetite for expanding into borrowing and offering alternative credit scoring for migrant workers.

Budd isn’t afraid to diversify and she knows if they are to win in the final of Chivas The Venture competition and get a share of the $1 million prize money they are going to have to adjust their messaging for a US audience.

“In the US there is a certain amount of ignorance about the way life operates in the Middle East. Everyone thinks that Dubai is a very developed country, but for low-income workers it is less developed than their home countries in terms of instant payments. Pakistan have used them for 15 years, so for our customers we’re not providing something new. They compare us to the mobile money app Easy Paisa in Pakistan or Empezar in Kenya; no one uses cash anymore and you text money.”

Let’s hope NOW Money finds success in LA – 70 per cent of the GCC is already rooting for them.