A few years ago, few in the flourishing South African village of Franschhoek, tucked beneath dramatic mountains an hour’s drive from Cape Town, had heard of Analjit Singh. Nor had the self-made Indian billionaire ever heard of the little town, famed as much for its beauty as its culinary culture.

Today his name is on everyone’s lips along the rose-strewn main street, be they locals or holidaymakers flitting between European and South African summers. In three short years, Singh has made a staggering investment in the area of a rumoured $36 million, snapping up a clutch of highly desirable sites and hotels that now form the Leeu Collection, meaning lion in both Afrikaans and Sanskrit.

The 62-year-old businessman acknowledges the curiosity surrounding his investment but refuses to confirm numbers. “Of course I can say how much my investment is worth but I don’t want to.” He will only confirm it is “substantial”.

He cuts an elegantly casual figure, dressed in his trademark turban, corduroy trousers and checked shirt when we meet in Le Quartier Francais (LQF), his new 21-bedroom boutique hotel that serves as his home away from his home in Delhi, that is until his own residence is completed on a nearby mountain slope. 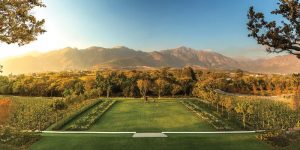 Singh purchased 68 hectares of farmland with vineyards, olive trees, plum trees and pomegranate fields on the slopes of the Dassenberg mountains in South Africa.

This latest and most talked-about acquisition is possibly the brightest gem in his necklace of properties in South Africa. Le Quartier, as it is known, is also home to global award-winning restaurant The Tasting Room, where executive chef Margot Janse pushes the culinary envelope. When word spread that this iconic property had sold, social media lit up with fears Janse would be lost to Franschhoek and the hotel would lose its eclectic charm.

But Singh is not about to cut the bloom off a flowering plant. Rather, he plans to nourish and invigorate the growth. His buzzword is refresh.

“I am absolutely besotted with this word I see everywhere, refresh,” he says. “My vision is to refresh Franschhoek. Now that I know the village and the valley so well I think it is really repetitive – it is the same offering.”

He feels much can be done to renew and reinvent what is available to locals and visitors. Singh’s vast purchase includes three adjacent wine farms comprising 68 hectares of farmland with vineyards, olive trees and pomegranate and plum fields on the slopes of the Dassenberg mountains.

This area, known as Leeu Estates, features luxury 17-room accommodation at the Manor House and a few smaller cottages, a new winery (Singh is part-owner of Mullineux and Leeu Family Wines) and a spa. In the village, next to Le Quartier, a former guesthouse on the main road has been revamped into the top-end 12-room Leeu Hotel, retaining its heritage Cape Dutch gabled presence.

Singh has bought both the neighbouring property and the one opposite to prevent “the risk of someone buying it and putting some rubbish thing there and upsetting what we are trying to create: to pull traffic into the eastern end of the village”. Franschhoek has a craft brewery, a delicatessen, an elegant piazza, the town’s first Indian restaurant (the chefs were sent to India for training) and a Mexican restaurant.

Singh is nothing if not an astute businessman. You do not get to be one of India’s richest men with a net worth, according to Forbes, of at least $975 million without being savvy about investments. As the former founding chairman of the multi-pronged Max India company, with a diverse portfolio including life insurance, healthcare, health insurance and senior living, Singh is, by any standard, a high-flyer financially. But he had to take the hard road to get there.

He comes from an eminent business background. His father, Bhai Mohan Singh, was the founder of Ranbaxy Laboratories, a major pharmaceutical company, but a bitter family dispute saw the company being divided in 1989 between the three sons. Analjit Singh was left with an overstaffed factory in which he had to use his own earnings to pay for a voluntary retirement scheme for his staff. His business philosophy was cemented in the painful Ranbaxy experience. Singh has gone to great lengths to ensure it will be business as usual if he is no longer there. 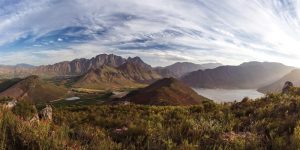 His investment in South Africa is for him an amalgamation of all that he loves and a new adventure. It is the culmination of his passions of art, design, plants and the science of winemaking and a progression from a purely business-driven venture. Every site has handpicked art pieces, many of them commissioned sculptures.

“Art is the key differentiator and I have acquired a substantial collection of sculptures. I am not an art investor. I hope never to sell it. I love the expression of the work,” says Singh. He is most excited about a sculpture of Nelson Mandela at Leeu House that he describes as an “interactive piece” encourages visitors to take photos of themselves with it.

Singh, who has a masters in business administration from Boston university, first visited South Africa during the 2010 World Cup Soccer on the encouragement of his daughter Tara, who was attending a wedding there. When he decided to step down as chief executive of his company and become a non-executive chairman, it seemed the natural next step.

His investment, described by a Franschhoek estate agent as “phenomenal”, will have a knock-on effect on the village, which houses the extremely wealthy and just-getting-by labourers side by side. It is thought the developments will boost employment with at least 400 jobs, not counting all those currently working on construction sites.

Singh sees no point in “looking at life through a rearview mirror” when it comes to mistakes he might have made in business.

“I have been accused of not being cost-conscious and being a man in a hurry [but] I have a very strong focus and commitment. I am not scared of going down the hard route and I do not look for easy solutions.”