The House that Fame Built

It has been dubbed the most powerful address in the world. Fifteen Central Park West is the prestigious Manhattan residence where outrageous wealth is the only access card

It has been called the most powerful address in the world where the most expensive apartment sold for a cool $88 million.

Its residents include Goldman Sachs chief executive Lloyd Blankfein and Sting. Fifteen Central Park West has captured the imagination of the public in New York like no other residence since the Great Depression of the 1930s.

Paparazzi are constantly outside hoping for a glimpse of visitors like Bill Clinton, Naomi Campbell and Robert De Niro.

Residents go by code names and staff are sworn to secrecy, their loyalty ensured by tips that can be as much as $90,000 from one resident alone.

Such is the prestige of the property that it recently had the cherry put on top of its 35-storey limestone tower built from the same granite as the Empire State Building – its very own book.

Author Michael Gross revealed the building’s secrets and identified its residents en masse for the first time, from hedge fund titans Daniel Loeb and Daniel Och to Chinese oligarchs and bosses from Google, Yahoo and Disney. 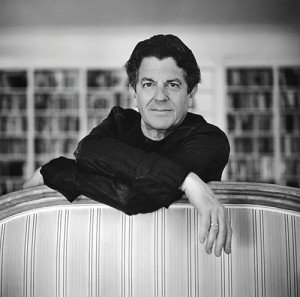 In the book House of Outrageous Fortune, Gross argues the 202-unit “uber condo” represents the single biggest collection of the ultra-rich ever seen.

There are no rules to get in, no residents’ boards to impress- if your bank balance is big enough then you are welcome to the club.

Gross says: “There is a new class and they don’t care about how the old New York families did things.

“They are inventing it all over again, creating a new world and a new way for wealth to operate.”

Right from the beginning, 15 Central Park West was going to be different to anything that came before it, Gross explains.

Developers Arthur and William Zeckendorf realised there were hundreds of people who were so flush after the dot com boom, they made the American industrialists of the 19th and 20th centuries look cheap.

Located on the southwest tip of Central Park, the plans for 15 Central Park West were drawn up by architect Robert Stern and called for two towers, one 19 storeys and the other 35 storeys.

The buildings would have a combined 290,000sq ft facade covered by 2,832 limestone panels. 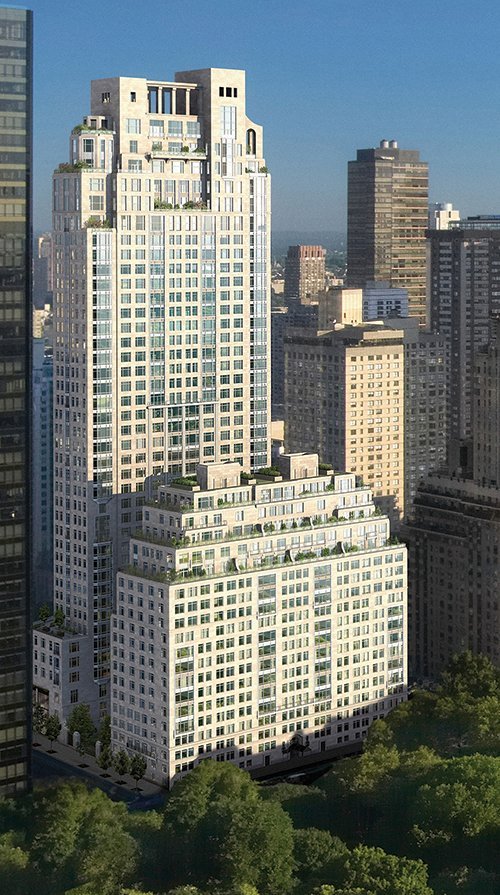 It took three years and $950 million to build but not before the Zeckendorfs had to give $17 million to the last tenant of the hotel they demolished to start construction because he refused to leave.

The resulting building, which was finished in 2008, was made to feel like a five star hotel with a 70ft sky-lit swimming pool, a library, a health club and a restaurant which does room service.

Residents have at their disposal eight porters, seven concierges, six doormen, four security guards and three mailroom staff, plus one waiting room for their chauffeurs.

According to Gross, 15 Central Park West basically did everything else everyone else did – only bigger and better.

Explaining the appeal, he says: “It is the site, the architects, the design, the intention of the developers, the residents.

Loeb was so impressed that he bought an eight-bedroomed penthouse condo for a then record $45 million before construction had even begun.

Also among the early buyers was Och, the founder of $25 billion hedge fund Och-Ziff Capital Management Group, who paid $38 million for another penthouse apartment.

Blankfein followed soon after with a stunning corner duplex with wraparound terrace for $25.7 million in cash, helping to open the floodgates to other Goldman Sachs financiers.

Denzel Washington bought unit 14C for just over $13 million in 2006, getting a small discount on the condition his purchase could be publicised by the developers.

A year after the first apartment went on sale “15,” as it is nicknamed, had broken North American records with $1.4 billion in signed contracts.

But nothing illustrated the hysteria surrounding the property more than the sale of the tower penthouse by Citigroup’s former chairman Sanford Weill, which he had originally bought for $43 million in 2007 for his wife Joan as a Valentine’s Day surprise present.

The penthouse was taken off him two years ago by Russian fertiliser tycoon Dmitry Rybolovlev for $88 million in the most expensive property deal in Manhattan history.

Among the celebrity residents of 15 Central Park West have been former New York Yankees baseball star Alex Rodriguez, who paid $30,000 a month for a bachelor pad while dating Cameron Diaz and Madonna.

Staff at the building saw the end of Frasier star Kelsey Grammer’s marriage when his wife Camille called their $29,000-a-month rented apartment from California, only to be told Mr Grammer’s wife was already in the building.

For all the A-listers and captains of industry, however, there is also a group of residents who come from more humble roots.

Alex Mikhailov arrived in New York 35 years ago as a Jewish refugee from the former Soviet Union and now owns a chain of dental clinics. He paid $7.9 million for unit 34C of 15 Central Park West and says the building is a lot friendlier than most people think – and more down to earth.

“It is a family-orientated building with nice service features. It is not a fortress,” he says.

“My daughter used to play with other children in the building when she was younger. They put on a Halloween party every year and I think they do something for Easter too. “

That might be true for Mikhailov, but for those looking in from the outside, 15 Central Park West stands as a monument to a world of money and prestige they can only dream of.

Inside lives what Gross calls a “latter-day priesthood of power” and this small patch of Manhattan has become their cash-fuelled version of the Sistine Chapel – with views that would make anyone give thanks.