When the late Sheikh Rashid bin Saeed Al Maktoum transformed Dubai from a tiny desert settlement into a commercial hub, his focus was on creating a bustling shipping and trading port essential to commerce around the world.

The current ruler of Dubai, Sheikh Mohammed bin Rashid Al Maktoum, has continued that vision to create a global hub on par with the world’s most vibrant centres of trade. But there is a key difference: the current ruler’s strategy is less tangible, but just as forward-thinking. 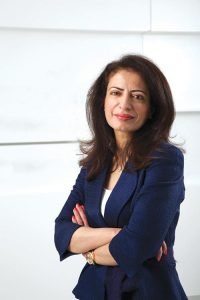 Its essence is a knowledge-based economy and the creation of a framework for digital, technological, media and design companies to flourish. The umbrella organisation for those aspirations is the Tecom Group, itself a subsidiary of Dubai Holding, which is majority-owned by Sheikh Mohammed.

Most of those living and working in Dubai associate Tecom with a small burgeoning residential neighbourhood in the city. The reality is mind-boggling by contrast: Tecom – which stands for technology, electronic commerce and media – is a vast structure comprised of 11 free zones and business communities with more than 4,650 affiliated companies and a workforce of 74,000.

“Our story has been an integral part of the Dubai story,” says Tecom chief executive Amina al Rustamani.

The foundations laid for Tecom with the launch of Dubai Internet City in 1999 are still flourishing and one of the sectors that has witnessed the greatest change is media, which makes up nearly half of all Tecom enterprises.

Sharjah-born Mohammed Abdullah, the Emirati managing director of the media cluster, recalls a time when there was “just a shy representation of these companies to serve Dubai and the UAE”.

The former vice president of CNBC Arabia started his career as a reporter and producer for Abu Dhabi TV in the Eighties.

“The BBC and CNN had reporters going in and out at that time. Only Reuters had an office here in Hamarain,” he says. “There were some international players, but not much in the way of local or regional media. With the establishment of Media City, these companies first started to move here and establish their businesses. Those who were here expanded to cover their operations and activities inside and outside the UAE.”

Internet City, founded 17 years ago, was the first of the ventures representing the new face of Dubai. This was not long after broadband had become available globally and the power of the internet was still relatively nascent. Yet Dubai officials were early adopters, keen to embrace emerging technologies and attract new talent.

Together with Dubai Outsource Zone – where Du telecoms firm, Emirates airline and the Jumeirah hotel group have bases – Internet City forms the technology cluster. Last year marked 15 years since its neighbour Media City, an amalgam of news organisations, broadcasters and public relations firms, was inaugurated. Its original 99 companies in that first year now number more than 2,000. 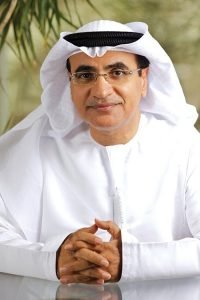 But it all started, says Abdullah, with Internet City and “Dubai’s positioning as a hub for exporting and importing goods. The idea was to shift that concept into an industry that was not related to trade.”

Media firms began to use their bases in Dubai to serve a wider region from Asia and Africa to Europe. TV producers who previously sourced experienced staff from Egypt and Lebanon no longer had to look further afield for seasoned workers; the expansion created a large pool of available talent.

But the media zone also had an impact on “the shape of the outcome and content”, says Abdullah, through news gatherers and producers having a better understanding of the region and an improved skillset.

“I have been in the industry for 35 years and it has changed,” he says. “Before 2001, there were two or three local TV stations. Now there is an increased number of employees and talent working in companies and a transfer of knowledge, skills and expertise.”

Major Arab broadcaster MBC is one of those success stories. Launched in London in 1991, it moved its headquarters to Dubai in 2002, where it operates 10 television channels.

“It was a very brave action to move its operation but it made sense,” says Abdullah. “That is proven by the growth it is seeing today.”

Tecom’s emphasis is on partnerships between different clusters. The group previously ran business speed-dating sessions to matchmake between similar industries and its latest venture is the Innovation Hub, a 1.6 million sq space promoting entrepreneurs and start-ups in the technology sector.

“We call Tecom a one-stop shop,” says Abdullah. “For media companies today, the most important thing is the interaction with either your suppliers or your clients. The concept of creating zones of related activities like IT and education means it is not just one segment – it is the whole value chain.”