The Aston Martin Residences is the carmaker’s first real estate venture and will be ready by 2021.

You’ve perhaps already heard about the 60-storey Porsche Design Tower that’s already up in Miami where a penthouse costs $32 million and you can park your supercar right alongside the living room no matter on which floor you live. Now, it’s British carmaker Aston Martin’s turn to throw its hat into the ring. 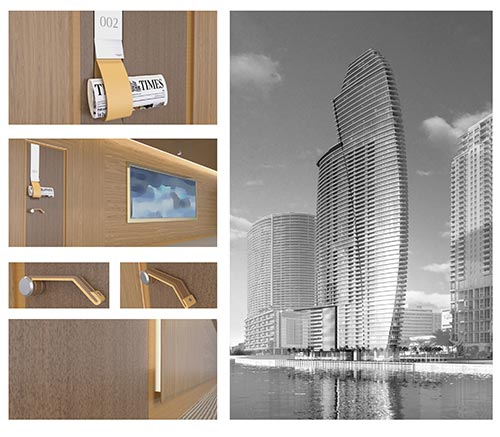 It will include one-to-four bedroom luxury apartments as well as penthouses and a duplex.

Just yesterday, Aston Martin have confirmed that they have entered into a deal with property giant G and G Business Developments, the real estate division of the Coto family. The plan is to construct a 66-storey luxury condo in downtown Miami at 300 Biscayne Boulevard Way. This is the carmaker’s first real estate venture and a bold move that signifies a significant diversification of its business. (Just weeks ago, it unveiled its first ever powerboat, the Aston Martin AM37 at the Monaco Yacht Show.) 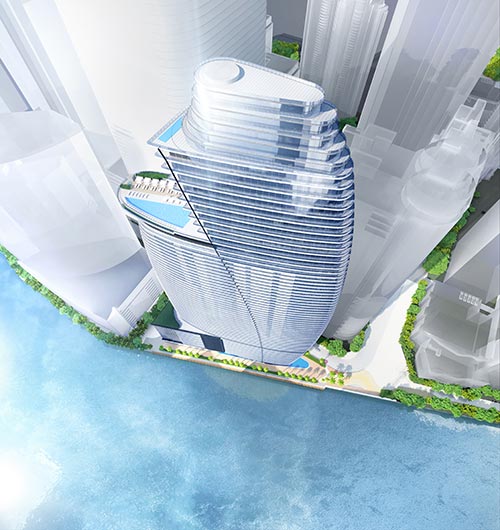 There will be an infinity pool on the 55th floor of this 390-unit condo.

Beyond a mere licensing and branding exercise, Aston Martin will be very involved in the design of the building. They will design the amenities and common areas like the fitness areas, spa and lobbies. The 390-unit waterfront tower will have an infinity pool on the 55th floor, a screening room, a British club and even a yacht marina. The apartments will range from one-to-four bedrooms. But there are also more exclusive, and expensive apartments. These include seven penthouses and a duplex penthouse each of which will have a private pool and terrace. 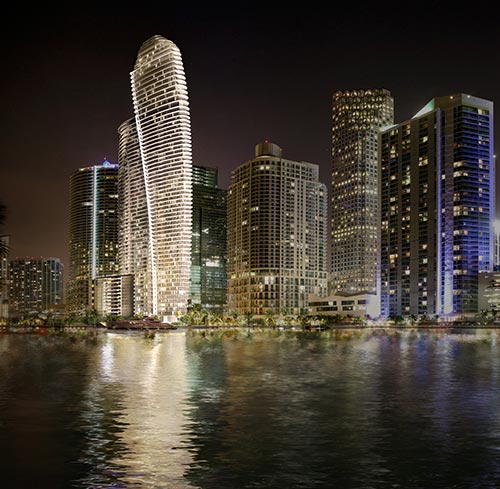 Construction will commence next summer and it will be completed by 2021.

Miami architect Luis Revuelta and Argentinin Bodas-Miani-Anger are appointed as the architects for the property. This 1.25 acre property on which the tower was built was purchased for $125million – cash – back in 2014. Construction on the Aston Martin Residence will commence next summer and it should be ready for possession by 2021. In time to coincide with the launch of the Aston Martin DB 16 supercar, then?